I promise this is the last post for a while on MAD and his Selfridges Bright Old Tthings project, but I couldn’t NOT tell you about the day Todd Selby  (of The Selby blog) came to take photos of the house.

As someone who gets decorative-twitch when friends come to visit- Martha Stewart is my visual-display mentor remember and I am not embarrassed to admit to a display table in the house – the news that photographer Todd Selby would be coming to take photos of MAD at home sent me into a deco-neurotic spin. Todd was the photographer Selfridges had chosen to document the BOTS. ‘We have to redecorate!’ was, I think, what I shrieked down the phone at MAD when he phoned with the news. He calmly waited until I’d flapped myself into a total panic and then brought me back to sensible-ness with the more realistic aim of ‘perhaps we should tidy up a bit’.

Both MAD and I love The Selby, we regularly get house envy inspired by the homes of the creatives he features and some of our favourite people have featured on his blog, such as Uberta Zambaletti and Zandra Rhodes. Pharrell’s been on his blog for heavens sake…. So we typed a ‘to do’ list and tried not to panic. And then we had a Todd-Tidy-up. Turned out Todd was a very nice guy, friendly, easy going and he and MAD got along like a house on fire. He spent the morning getting MAD to explain about his art and how he did it, while sounding properly interested, all while snapping away. 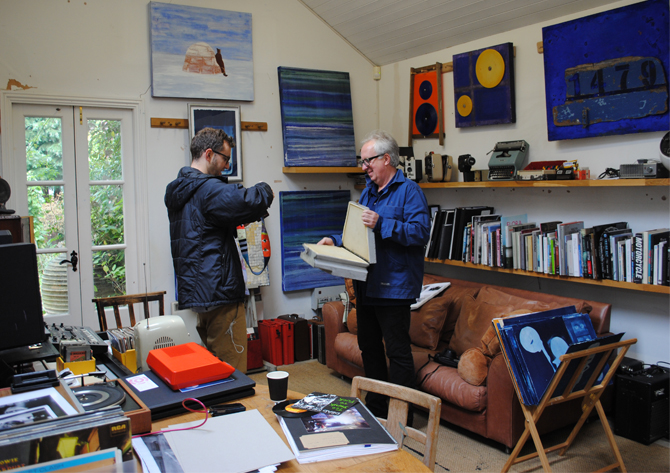 We loved his camera bag. 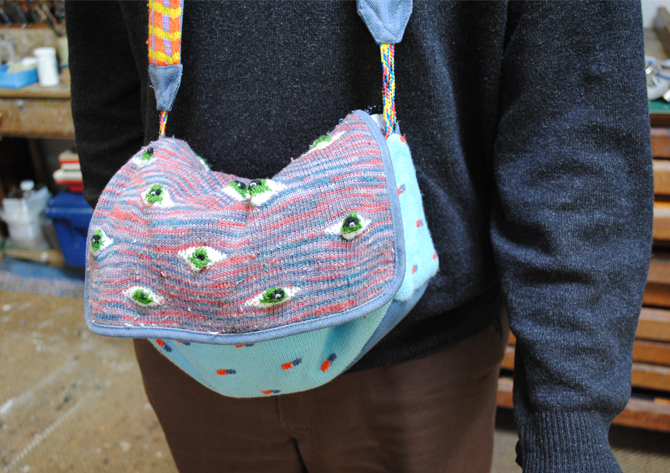 Meanwhile, I stalked the pair of them, taking  snaps as MAD showed Todd how to make cyanotypes and pretending all the while that this sort of thing -having a global style-blogging superstar in the house- hardly registered on our excitement radar, no sirrree…..no biggie at all. 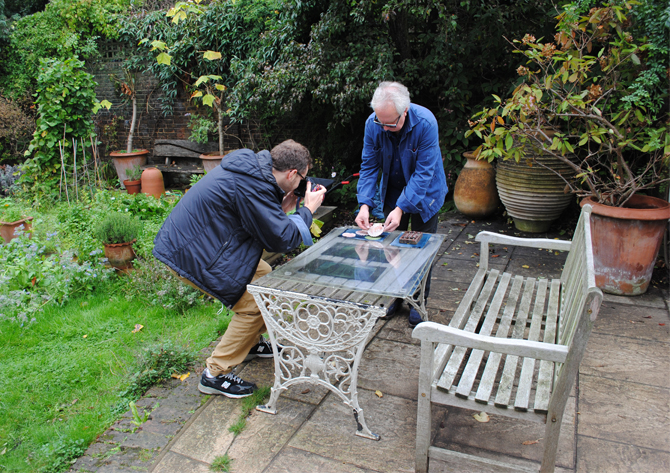 There was a tea and cake stop, and Todd got out his felt pens to do his questionnaire for MAD to fill in.. 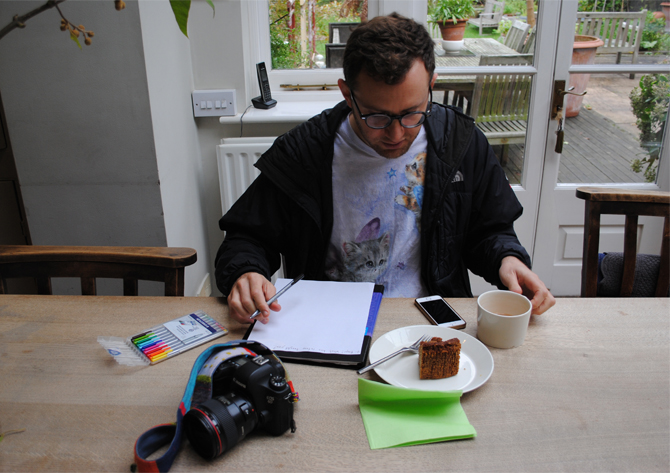 In the end, only three of the hundreds of photos he took ended up being used for the Selfridges project, one of which is below. I’m getting used to seeing shots of MAD, but it’s kind of odd having your toaster and weighing scales on the wall of the Wonder Room concept store, which is where this one ended up . 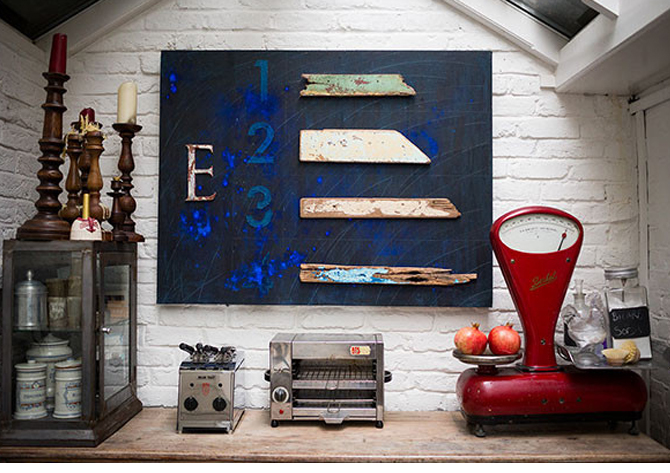 All was going swimmingly really, Todd even liked the ‘don’t panic’ listed we typed. And then he noticed the comment about ping pong….’why do you want to know if I like ping pong?’ he asked. MAD said ‘well we noticed you like cats (he wears his cats T shirt a lot) and wondered if you’d like to see our cat Grace play ping pong.

And that was it, all over for MAD as Todd and his affable assistant Dave spent the rest of the morning being entertained by Grace and her ping pong expertise. As the saying goes, never work with kids or animals, they will steal the show. The cat footage wasn’t used by Selfridges, but Grace did appear as an illustration on our launch party invites. 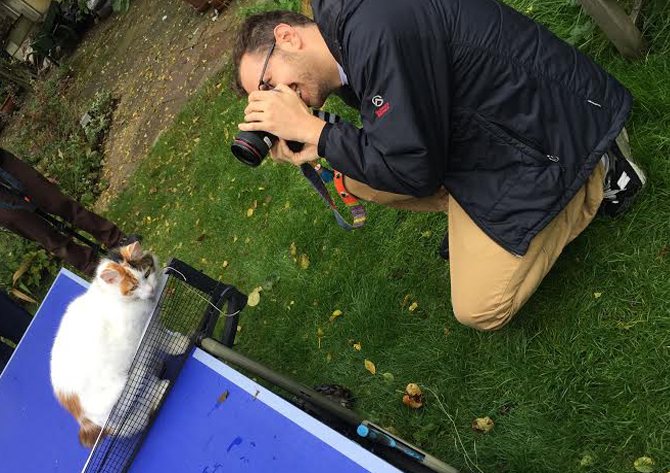 There is old footage of Grace doing her ping pong thing here.

Todd and Dave got to take home one of MAD’s cyanotypes, which they seemed happy with, after which they sped on their way to photograph the next BOT and everything -including my nerves- returned to normal. If you visit Selfridges or go to the website you can see MAD and all the other BOTs photographed by Todd. This Sunday we shunned the beautiful sunshine and spent nearly the entire day tucked away inside Hammersmith Town Hall, rummaging through racks of vintage clothes at the London Vintage Fair. organised by P&A Fairs. It’s a great event, I love…