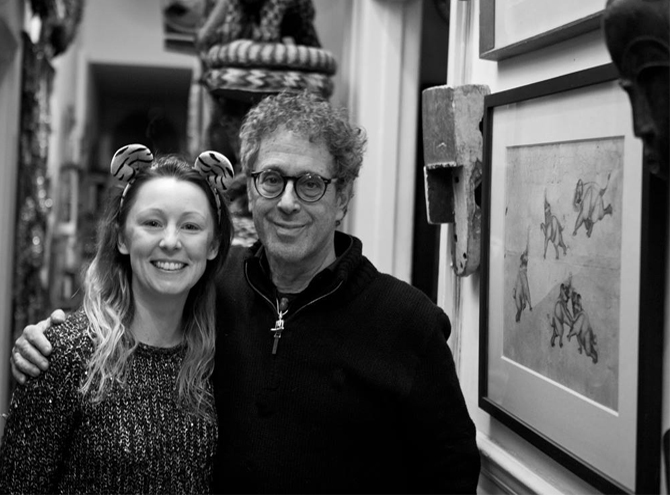 Many TWR jewellery fans will know all about Pebble London, the extraordinary and extensive jewellery collection of dealer Peter Adler.  Peter has been designing and selling tribal art and jewellery for 17 years, mostly from his stuffed-to-the-gunnels Paddington showroom.

As well as selling to you and me, he provides jewellery to films – he’s currently working on James Bond – and celebs, including Kate Moss, Hilary Alexander, Maggie Smith and Iris Apfel, who flock to him for unique pieces. TWR reader Robyn Ferraz visited the ever-busy showroom last week…

I am sunk into a cosy sofa with my shoulders pressed into the curves of a giant clam shell, at my knees there is a large glass coffee table which is loaded with crystal, sugary pink and purple semi precious stones and two cheery African masks. The room is an Aladdin’s cave of glitter and colour and there is absolutely no room to swing a cat (which is rather lucky for the beautiful Bengal cats who are curled up, camouflaged in the intricate tribal fabrics). Peter Adler, the owner of jewellery company Pebble is regaling me with stories and I am spellbound…….

His father was the famous harmonica player, Larry Adler, about whom the Queen mother was reputed to have said that she had held his organ…!! He inherited his father’s musical talents and in his youth was in a rock band which gained success and led to them touring America where he first began collecting tribal craft in the American Indian reservations. 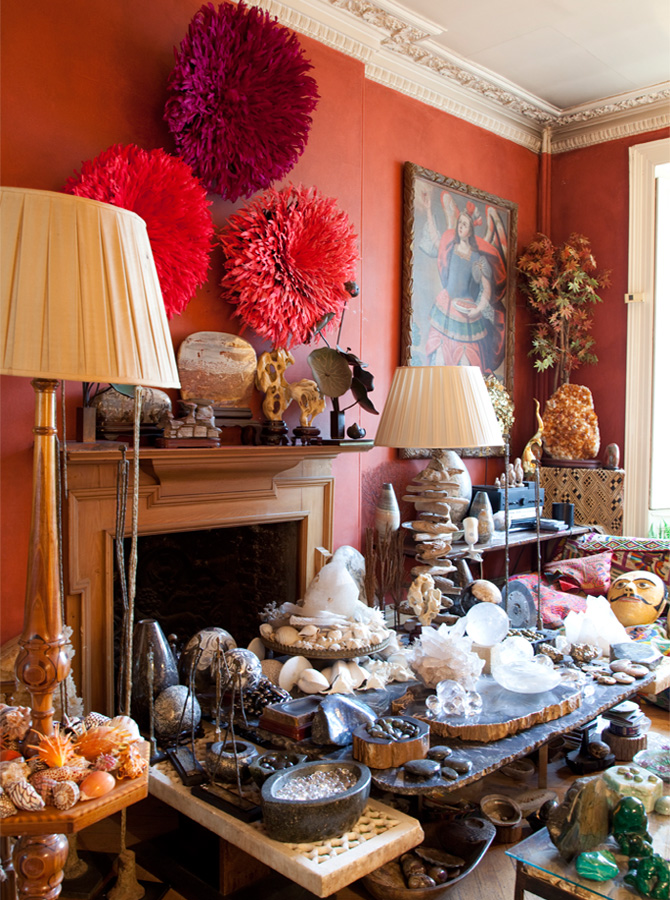 Peter’s passion for what he does is infectious. He is one of those incredibly lucky people whose job combines his love of travel and tribal art. He says that his mantra is ‘You can’t beat nature’ and this is evident in so much of his jewellery – there are strands of seeds, shells, feathers and wood everywhere and the way he designs his pieces does not detract from the natural form.
I ask what it is about his jewellery that appeals. He shrugs and replies that he designs from his heart and doesn’t think about what will and won’t sell. Some of his success, he says, is due to great support from the press and certainly looking at his website, he has credits in fashion magazines worldwide. He has an eye for the unusual and unconventional or as he terms it ‘the far out mad stuff’ and relates the story of his first trip to India when he encountered a man with a bag of white stones. Peter asked him what they were for and apparently they were used on the railway lines, possibly as gravel between the tracks – white agate. Peter bought the bag for a nominal fee and tumbled the stones for several days. This resulted in the most beautiful brilliant white pebbles which were made into necklaces and which the fashion pack went mad for.

It is so difficult to tear myself away from the sofa, Peter is such a wonderful raconteur and I can’t get enough of his tales of getting drawn into endlessly protracted poker games with East End gangsters, visits to dangerous countries in pursuit of his jewellery and amusing encounters with his famous clients. When Iris Apfel made a visit to Pebble, she apparently she ordered 3 very large Balinese shell necklaces and Peter expressed concern that they may be too heavy for her, she responded saying ‘Honey, I know the parties I’ll be wearing these to – I’ll be sitting down!! 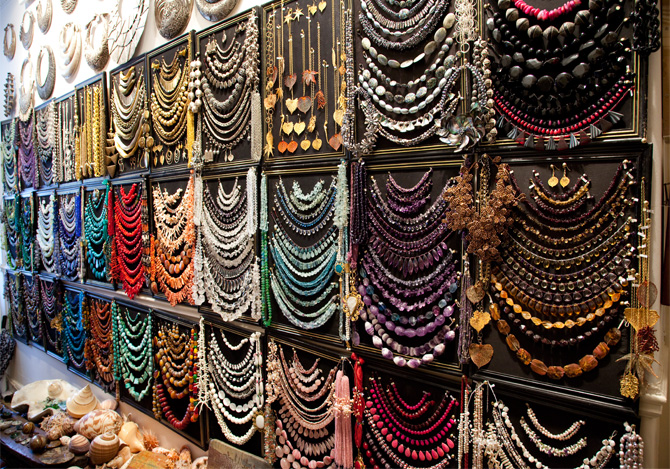 Eventually I manage to clamber out of the sofa and wander through his apartment, indulging in the riot of colour and textures. Every surface, every wall is covered and dripping with jewellery, head pieces, tribal art and sculpture. Even the kitchen, where his assistants Jaymie and Alison work, is loaded to the gills and the oven looks like it has rather triumphantly managed to burst through a writhing mass of jewels and precious metals.

Pebble makes me think of Iris Apfel and taking inspiration from her I am sorely tempted to wreathe myself in as many statement necklaces as I can stagger around in…but I manage to resist because I can’t pull it off like Iris can and if I weighed myself down too much, I would have to stay, cuddled up to the clam shell forever…. 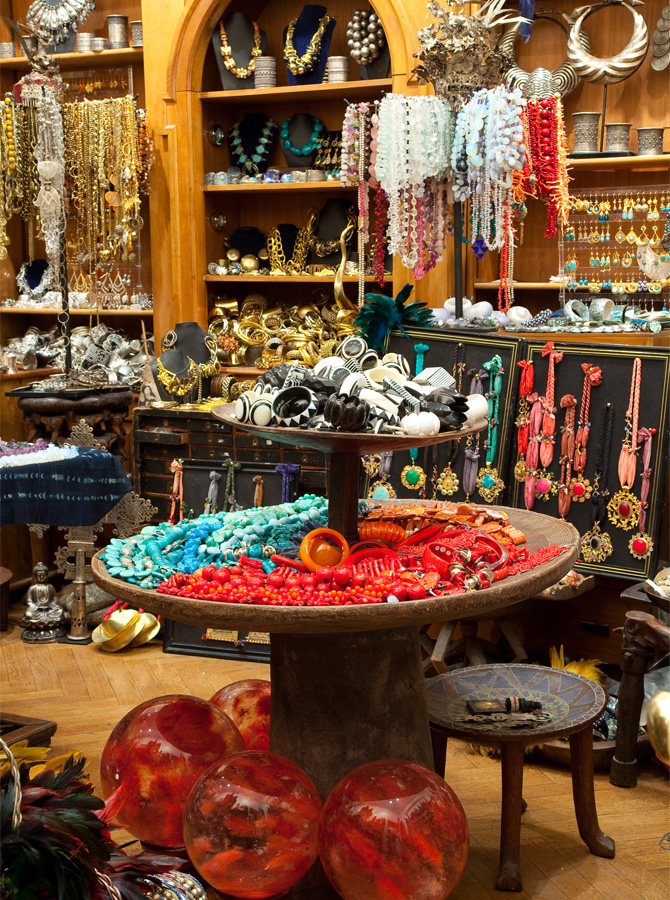 You can buy from the Pebble London website or contact the team for an appointment to browse through the extensive range. Peter has kindly offered TWR readers 10% off any purchase too, just email the team and ask for it.

You would be forgiven for thinking that these rather fabulous summer sandals were from a designer label, such as Chloe or Marni, we did! But…