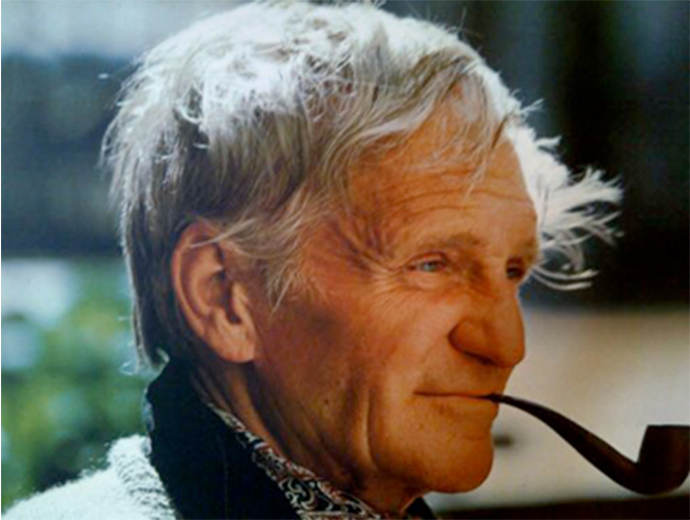 Many times I have walked past the above image of Irwin (Bud) Crosthwait, and wondered about his life. Hanging on the wall of my sister in law Stefanie’s house in the tiny mountain village of Menzonia in Switzerland, ‘uncle Bud’ was a great friend of the family who had a holiday home and a studio nearby. There are many fascinating stories of his life (and loves) and his work has become a familiar part of our Swiss families home over the years.

Born in 1914, Bud was a Canadian War Artist, Fashion Illustrator and modern painter and his work was largely forgotten until a rough fashion sketch of his was handed to exhibition curator Connie Gray. She was fascinated and took a trip across Europe to discover more about him, eventually finding that boxes left out for rubbish had been discovered by a Parisian couple living near the studio where Bud had worked. The boxes contained sketches, photographs and letters, as well as original works from the his time as a war artist with the Canadian Navy. Bud had attended the prestigious Art School Pratt Institute in New York before designing fashion adverts for the well-known Canadian retail chain known today as ‘Bay’. He was appointed official War Artist in the Canadian Navy and following ‘honourable release’ from service, he settled in Paris and began his career as a fashion illustrator. He was to become a household name among the leading fashion publications of the period and a favourite with the haute couture houses. 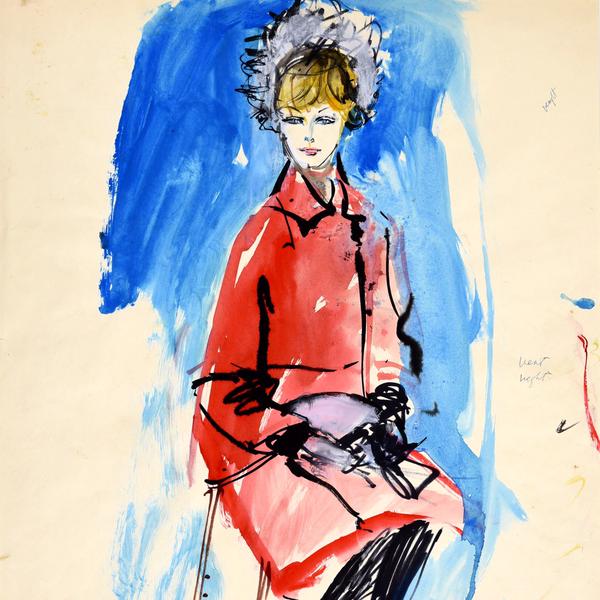 Stefanie’s lovely collection of Bud’s paintings  – alongside other recent finds –  will feature in an exhibition showing during London Fashion week and our family will be out in force to support the first public exhibition of his work in over 45 years.