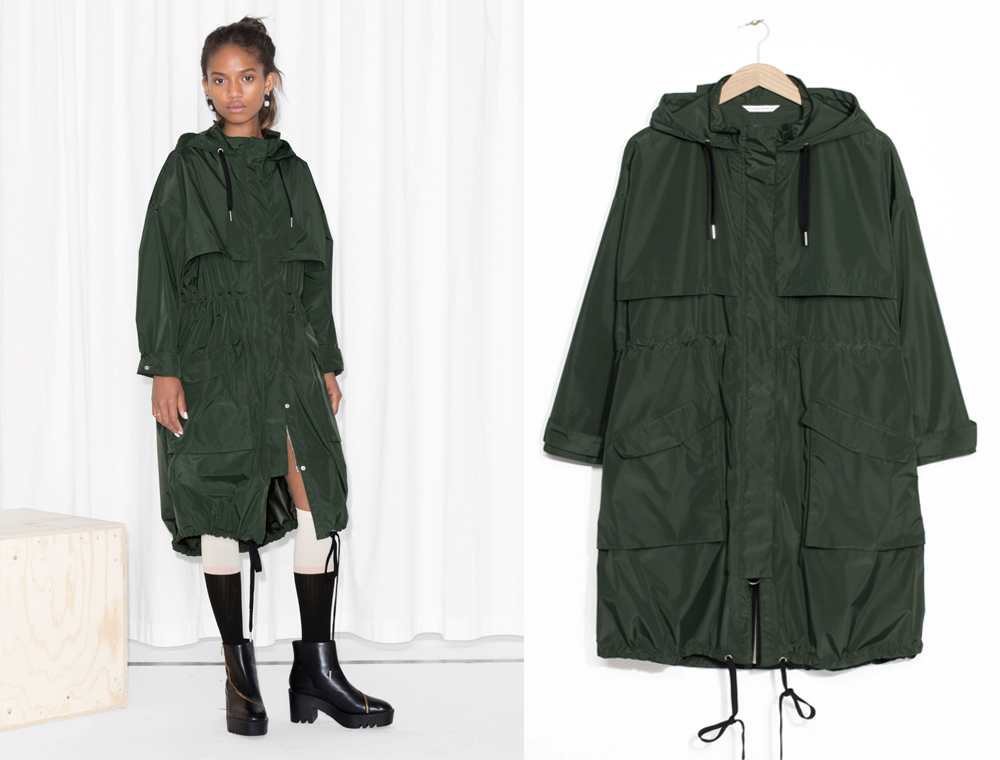 Earlier this week I accosted someone on the tube. I don’t do this very often, but the woman I grabbed was wearing the very best raincoat I’d seen for ages (possibly since this Protected Species one) and I could not let her go without know where it was from. She was very happy to be stopped and as we ascended the Victoria Line escalator she told me the mac was from &Other Stories and she had bought it very recently.

The fabric has a good, textured  surface and the insides are bound and water-proofed (it is water repellent rather than water proof) and has the look of an over-sized parka about it. The giant hood has apparently been excellent during the last week of hideous rain, according to my ascostee and the whole thing looked immensely chic. It was very generously sized (don’t buy too big) and  being worn with black slimline trousers, a black top and rather cool black Nike trainers.

‘I love it,’ I said to the grown up woman. ‘Me too,’ she cheerfully replied, ‘my teenage daughter has been trying to nab it off me since I bought it but I’m not letting her have it.”

I popped into &Other Stories to check it out in a bit more detail, and discovered it is from one of the Capsule Collections, so in limited supply. Be quick if you fancy it. it costs £95.00 here

Now don’t think I’m totally losing my mind here, but it also comes in metallic silver. Not for everyone obviously, but I can’t think of a better way to cheer up a grey rainy day than to march around in a raincoat that looks like a sparkling silver star that’s fallen to Earth. Wear it with head-to-toe black underneath and everyone will think it’s Comme des Garcons…… 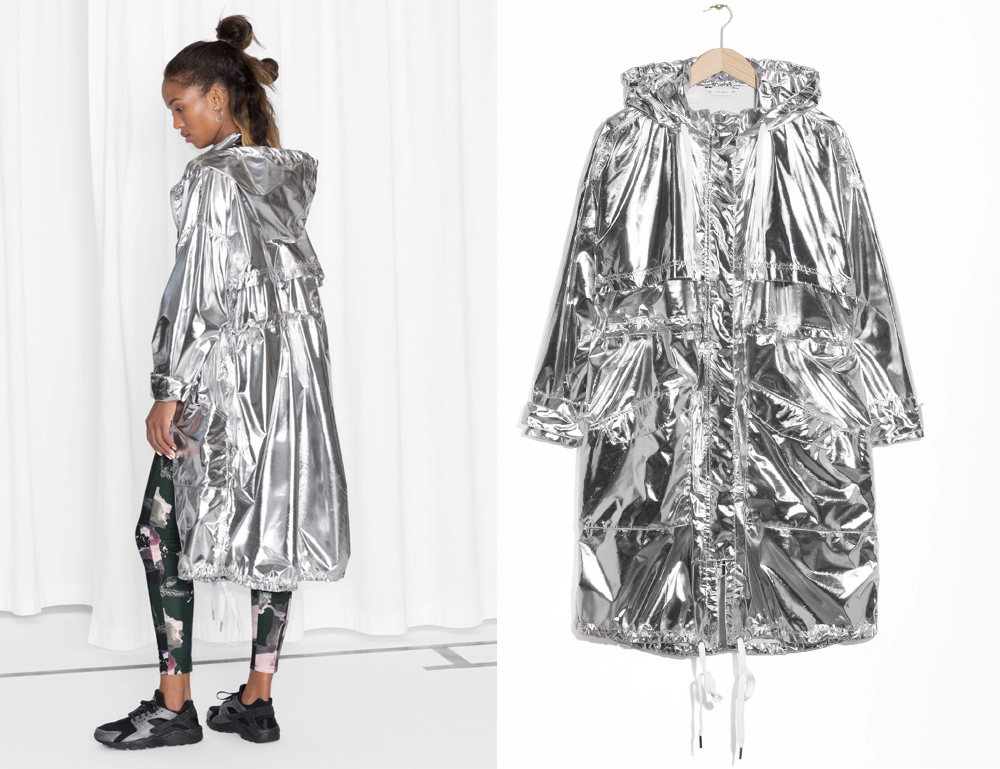 You might have read in the news this week about a neolithic giant stone circle recently found close to Stonehenge, which coincides nicely with…