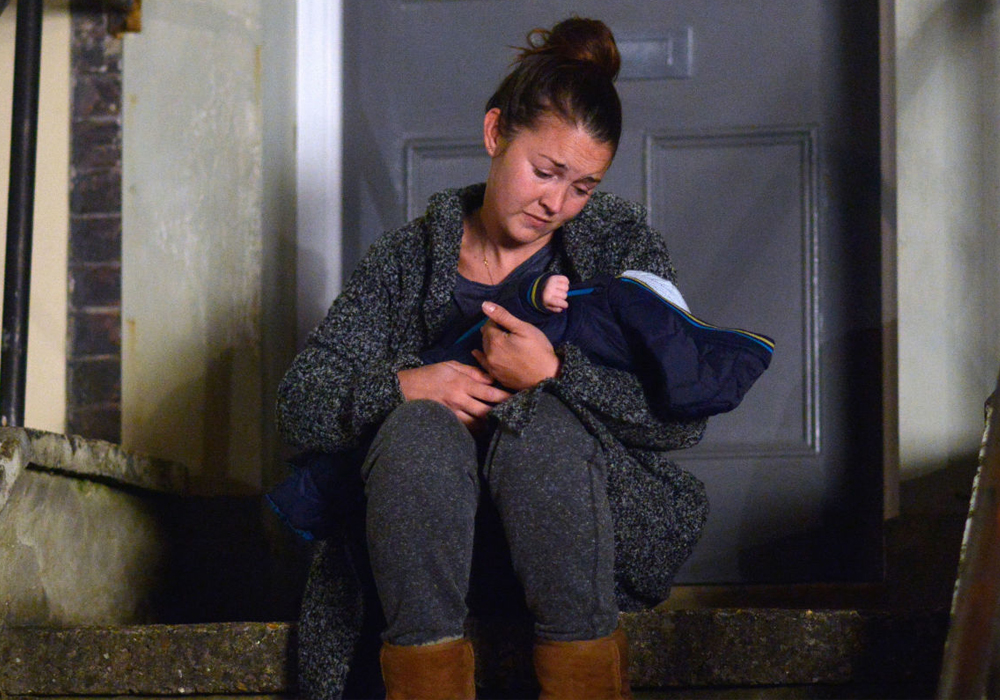 You may remember food blogger Jo Orr from her lovely Friday food guest-posts last year. She contacted us last week – Mental Health Week -on a subject she feels very strongly about, Postpartum Psychosis. Jo’s dad’s production company, Matchlight, made two programmes for the BBC which have just aired- “The Not So Secret Life of the Manic Depressive”, a follow up to the documentary he made with Stephen Fry 10 years ago (aired on Monday); and “My Baby, Psychosis and Me” a documentary following two women diagnosed with Postpartum Psychosis at a special unit in Winchester. Both are available on iPlayer. You may remember Eastenders covered this subject recently too, here’s Jo to tell us a bit more…

Giving birth for the first time a woman may well feel she is expected to be instantly reborn as the “perfect mother”- calm, selflessly nurturing day and night, a beatific smile upon her airbrushed face. Despite myriad articles laying bare the more nuanced reality of those early weeks and months (unwashed hair, chronic lack of sleep, feelings ricocheting between wonderment and terror, elation and exhaustion) women still feel the compulsion to present to the world “the perfect mother”, albeit through gritted teeth. How much more terrifying, then, when one’s internal world does not match up to our own, or society’s, ideals of what motherhood ought to be? When those natural, hormone-driven, shifts between joy and tears start to veer to frightening extremes of full-blown mania and soul-churning depression.

As part of Mental Health Week the BBC commissioned “In the Mind”, a series exploring mental health issues aiming to provide real insight into he daily reality of what it is like to live with a mental illness. On Monday Bipolar Disorder was revisited 10 years on from Stephen Fry’s landmark series, “The Secret Life of the Manic Depressive”. It was clear that Bipolar had, over the intervening 10 years, very much entered the national conversation, and consequently had a degree of its stigma removed. It seems clear after watching Tuesday’s instalment, “My Baby, Psychosis and Me”, that it is now the turn of Postpartum Psychosis to step out of the shadows and into the forefront of the nation’s mind. The symptoms of this most severe and debilitating of mental illnesses include delusions, depression, mania, hallucinations, alongside the dreadful pain that arises at moments when the extremes of the condition lift and the women realise just how far from their dreams of perfect motherhood their current situation is. Worryingly, this is still a relatively unknown condition, despite affecting 1 in 500 women. Hannah, one of the women we follow in the programme is herself a nurse, and yet had never heard of the condition. Owing to this poor awareness of the symptoms, added to the stigma yet attached to mental illness, the psychosis has often progressed a long way before psychiatric help is sought. Hannah had severe religiously-toned delusions (believing that her baby was the Son of God) and had tried to commit suicide before she was admitted to the incredible Winchester Mother and Baby Unit. Sadly there is a worrying lack of these specialised units across the UK (there are no units at all in Wales, Northern Ireland and south-west England), which means that women are routinely separated from their newborns, further adding to their distress.

At the Winchester Unit, the supremely empathetic and effective psychiatrist, Dr Alain Gregoire, considers keeping mother and baby together to be one of the key elements in helping these women back to mental stability. As he emphasised throughout the programme, “This condition is absolutely treatable and women should not hesitate to seek help.” Women may fear that the illness may lead to their babies being removed from their care, but here at the Winchester Unit, the babies themselves form part of the treatment. Alongside the utterly crucial anti-psychotic medications (“they are non-toxic so you can breastfeed on them”) are practical and psychological assistance. As Hannah says, “I thought I was obviously a bad Mum, so they filmed me with Esther (her newborn) to show me how I interacted with her. I also did simple tasks, which gave me a massive sense of achievement, such as washing Esther’s clothes.”

Small tasks perhaps, but staff understood how they might serve to tether the patient back to the real world, to the reality that is the deep love of a mother for her baby.

For more info and support there is advice at the Action on Postpartum website. The two programmes mentioned above are available on iPlayer.

I don’t think either Jane and I are there yet, but there will come a time when we might want to downsize from our…