Last week was quite a big week for lingerie and active/leisure/whateverwear, what with The V&A’s Undressed: A Brief History of Underwear exhibition opening, the brand new Body Studio retail space at Selfridges launching for all things active body related and Beyonce’s much hyped Ivy Park arriving in town. 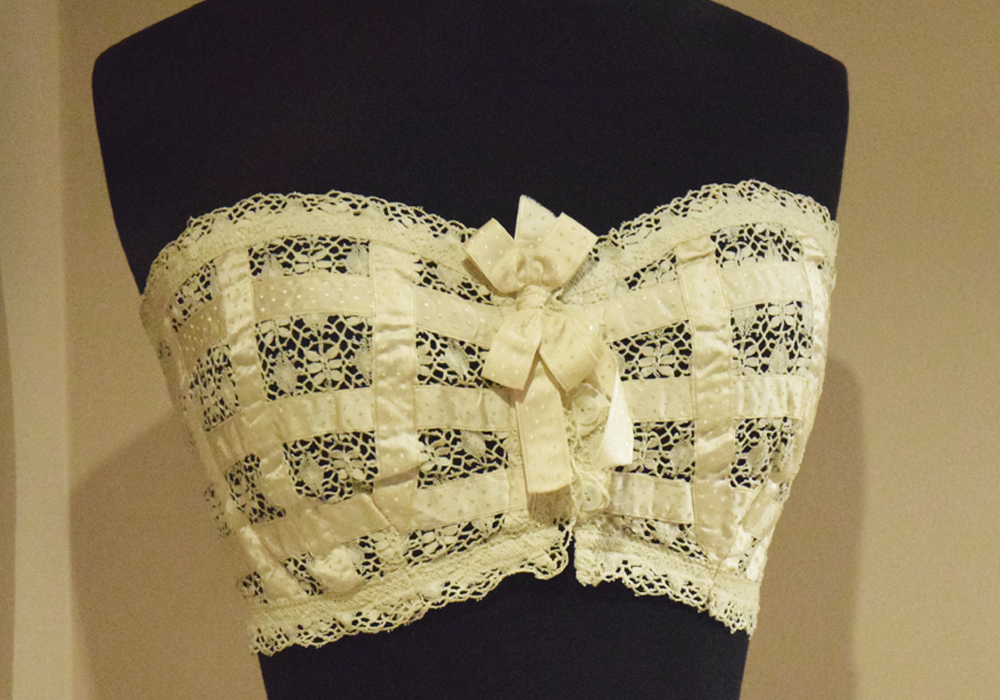 Let’s tackle the V&A’s Undressed first. It’s housed in the fashion section of the museum, so smaller than the Fabric of India space and not brilliantly lit, although I suspect that has something to do with saving the clothes. It features 200 pieces of underwear – men’s and women’s -from the mid 1700s to the current day, including 26 corsets, a rare pair of whalebone ‘stays’ (the previous name for a corset) warmly padded with horsehair from the 1750s, the very first ‘body’ from Mary Quant and Acne Studios gender neutral briefs for men and women. 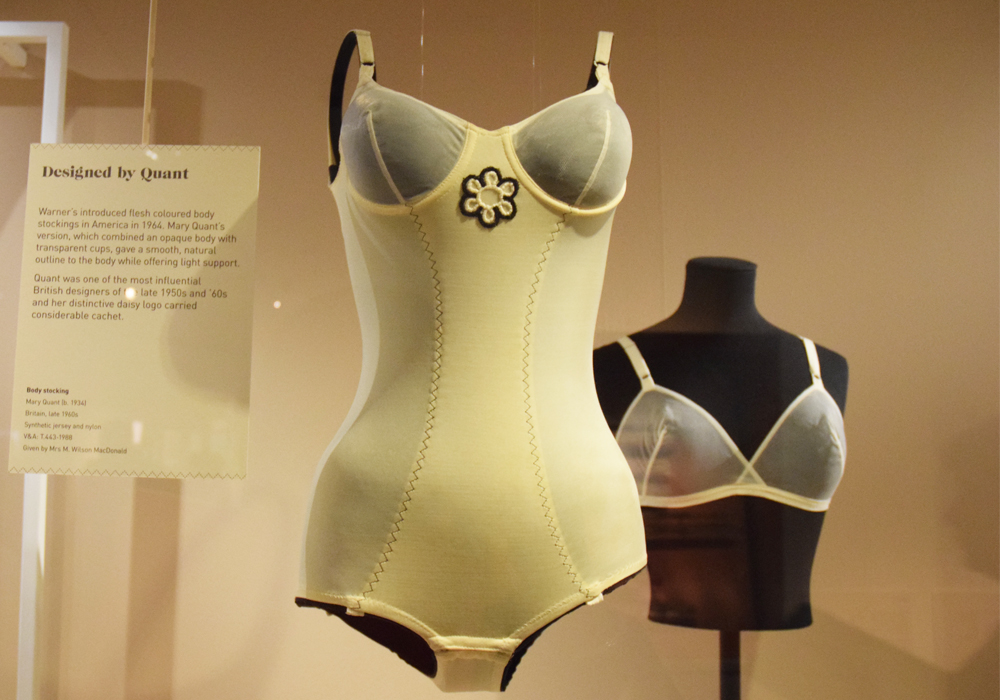 It’s a delight to see the lace, embroidery and jaw dropping needlepoint detail on the older pieces and anyone with a textile habit (you all know who you are) will enjoy getting close up to these elements. The curator Edwina Ehrman told us that the aim of the exhibition is to expose the relationship between underwear and fashion, and how the (mostly) female body was melded into an ‘ideal’, with each decade looking a little different from every other. Kim Kardashian would feel right at home with all the cinching and enhancing and if Beyonce thinks she’s creating a healthier ideal with her curves, she’s a century or two behind things, as tight lacing corsets from the 1890s made it very fashionable to have a large bottom and thighs. 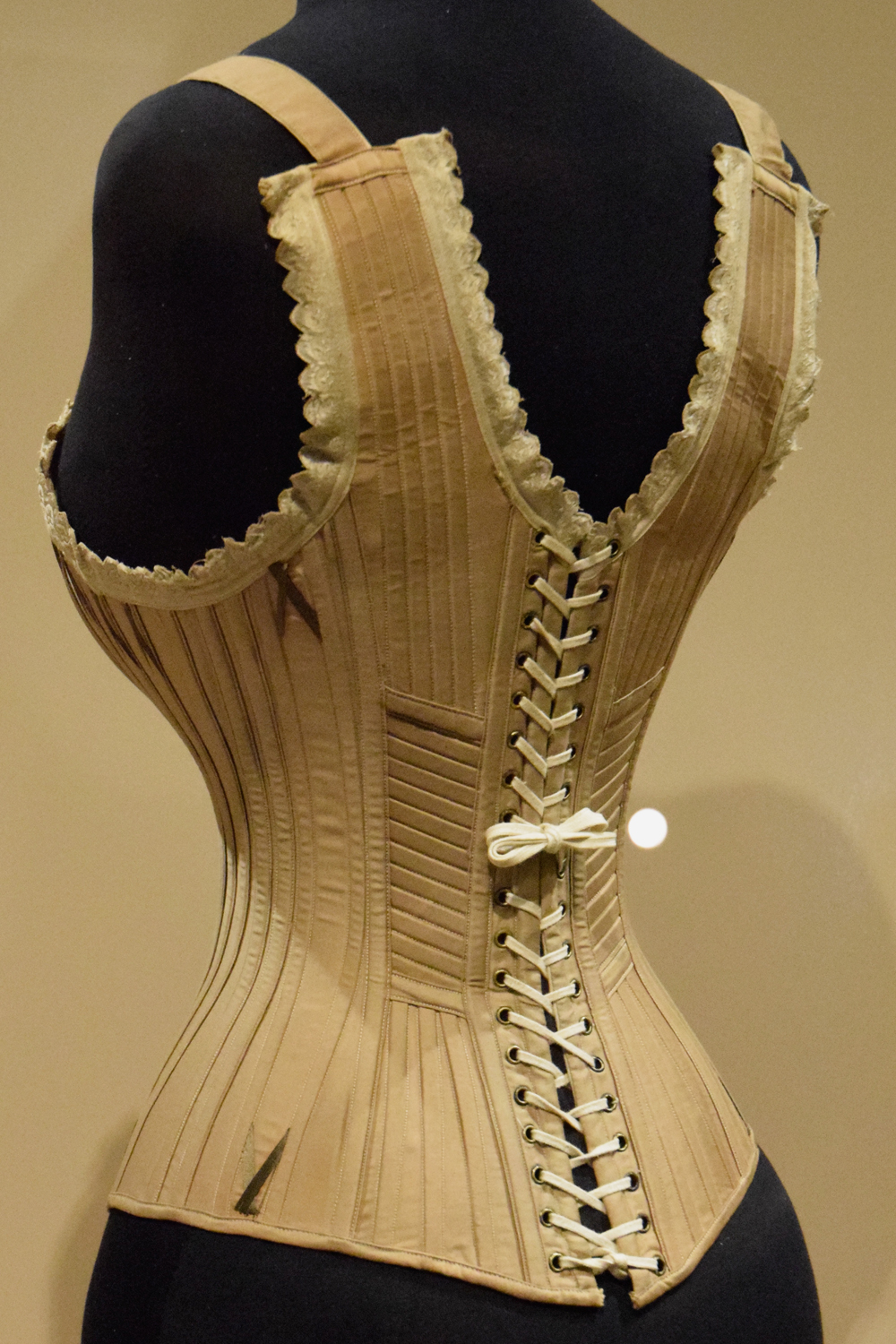 There were giant images of a tiny waist Beyonce on the front of Oxford Circus Topshop last week and TBH, it doesn’t really seem as if things have moved on that much…I guess we’re just gym-ing ourselves into the shapes now. It’s a good show, not exceptional, but very enjoyable. I would have liked to see more modern technology and innovation represented, there’s a lovely piece on how nylon was considered a ‘miracle fabric’ when it was introduced, but I know that M&S have done lots of amazing things with fabric and engineering in lingerie in the last few years and this isn’t really touched upon. 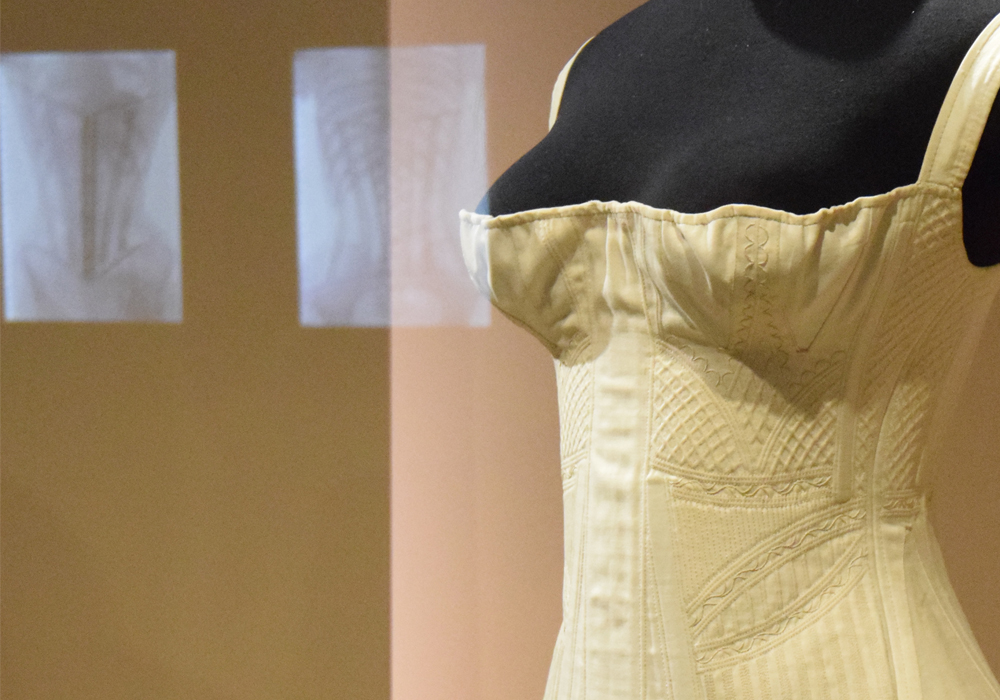 You can just see the X rays of damaged bones wearing a corset in the reflection above. 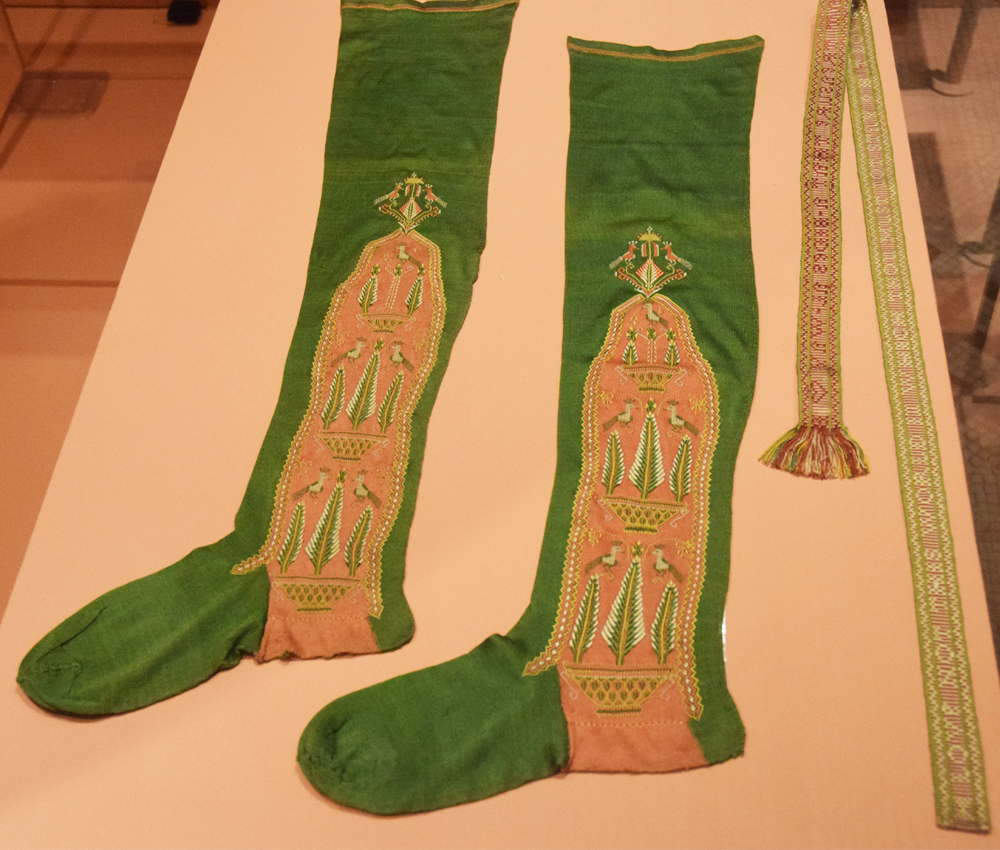 These are men’s stockings, from the 18th century. I’d wear them now, under my Grenson boots… 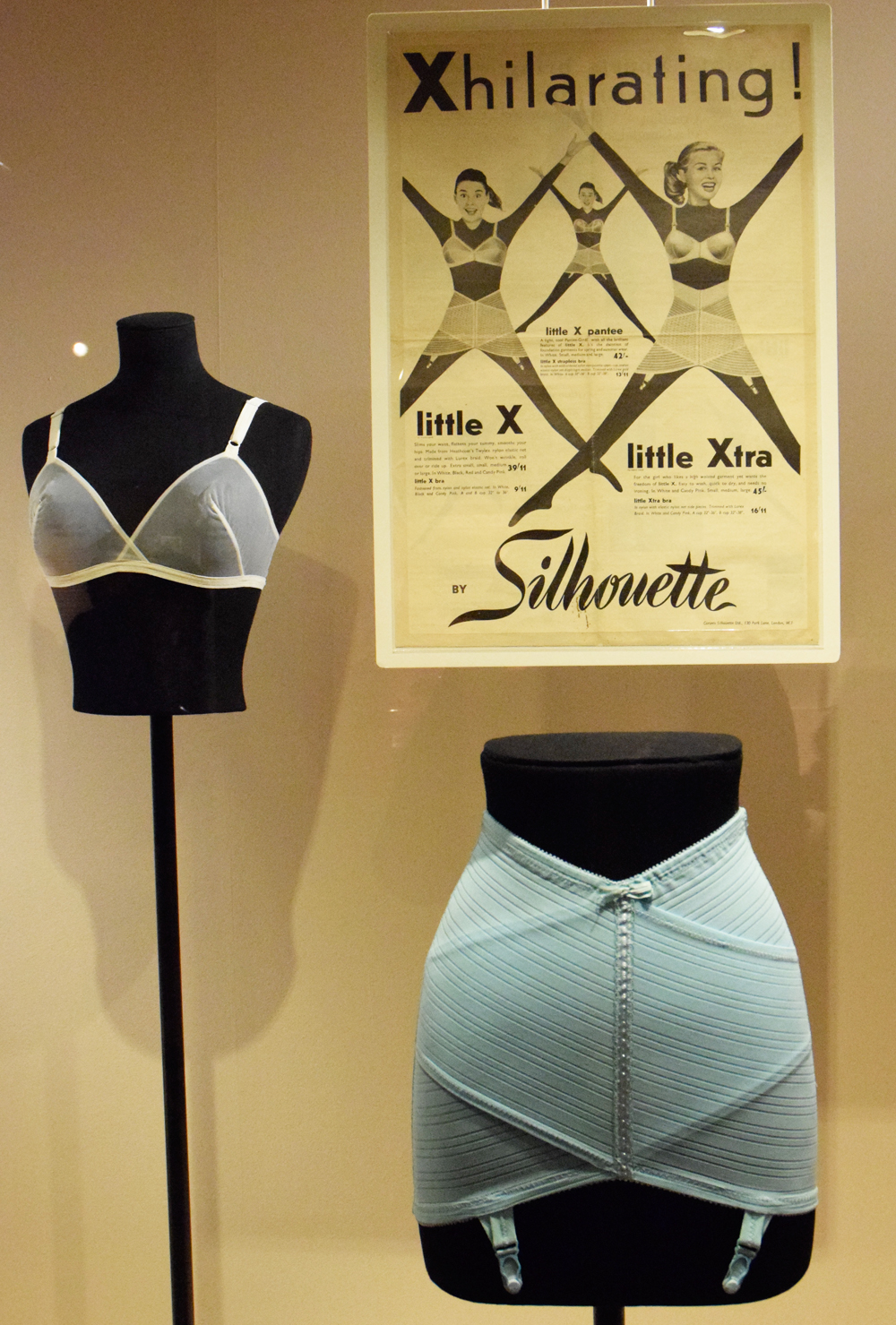 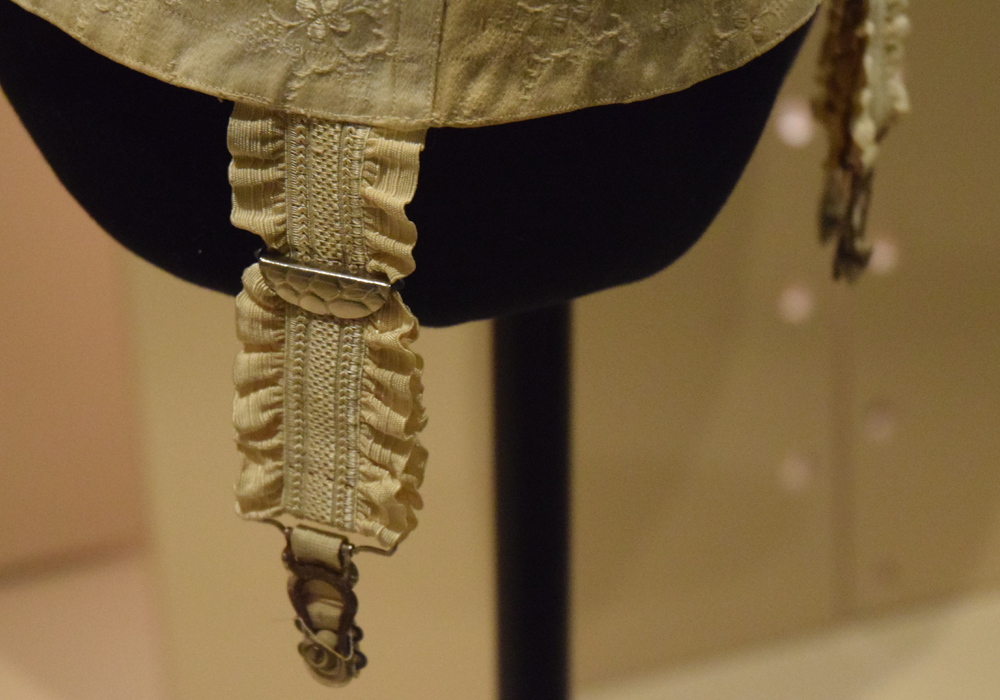 The beautiful suspenders made me wonder if wearing stockings should be brought back, but I probably don’t mean that… 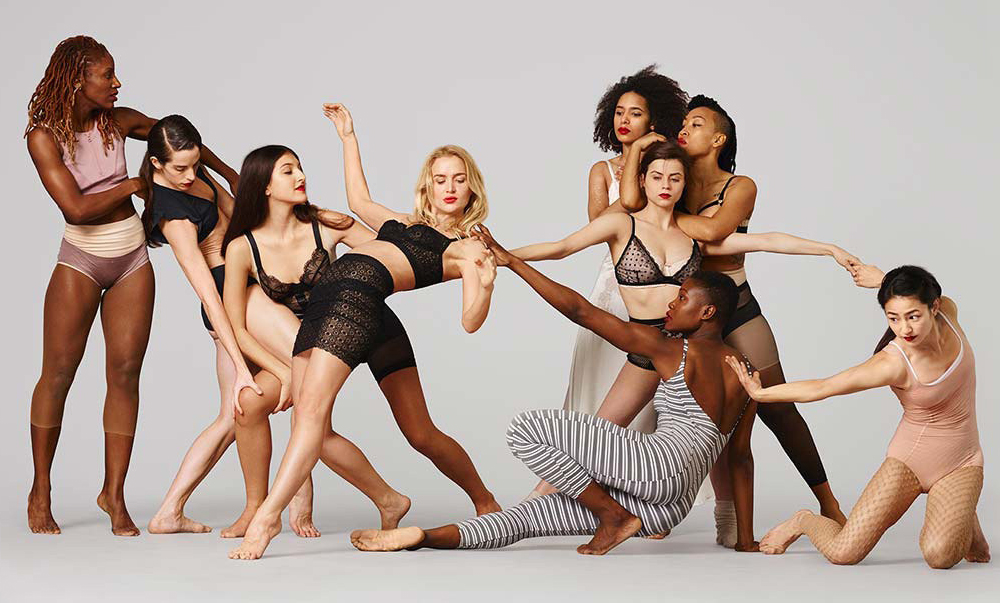 And then over at Selfridges, there’s a brand new bit of retail space open, which increases the size of the store and gives lingerie, swimwear, activewear and loungewear a new home in the giant Body Studio. It celebrates EveryBODY, whatever shape, size colour or imperfection, which is beautifully demonstrated in the store’s launch imagery, although I’m not sure such diversity is evident from the shop floor displays and many of the brands – including Ivy Park – don’t go above a large (14-16). 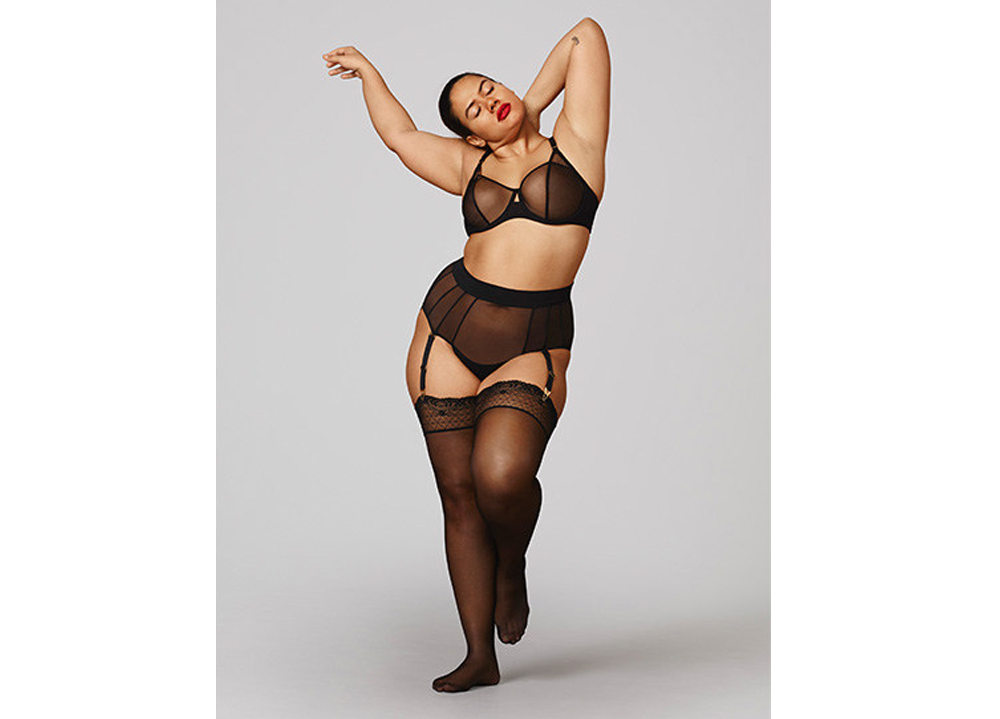 What is clear is layering your knickers and bras is a ‘thing’, and a pretty lace detail is as important now as it was back in the 1890s. I’m off on holiday this week and so I was excited to see a great range of swimwear, I liked the look of Melissa Odabash, Sea Folly and Jets by Jessica Allen. And the yoga range is interesting, although not huge, I actually bought the Michi knot front top in black as a treat, as it perfectly understands how I need to look in downward dog. Ivy Park is also available here, it looks good value, although I haven’t felt it so can’t vouch for the quality.

For those of us not quite ‘beach ready’ (don’t make me laugh) there’s a good range of lovely -although pricy- kaftans. 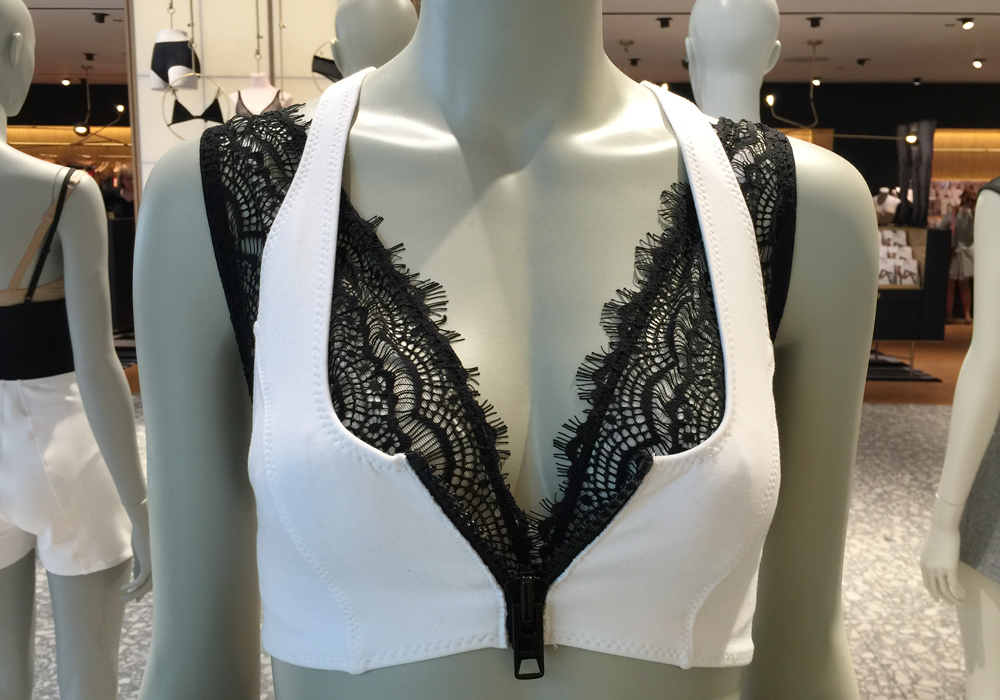 It’s quite interesting going to both Undressed and Body Studio in one day, we may not be encased in metal and laced satin anymore (if we don’t want to, each to their own, obvs) but we’re still trying to create an ideal that is far from ‘natural’. Is it always going to be this way do you think?

Undressed: A Brief History of Underwear is on at the V&A until 12th March 2017.

All images of Undressed: A Brief History of Underwear, sponsored by Agent Provocateur and Revlon, The Women’s Room Blog.

Of course we loved absolutely everything about the new Anthropologie on Regent Street, in fact we loved it so much we would happily pack our bags and move in. Maybe thats the appeal, it’s not just a shop full of…