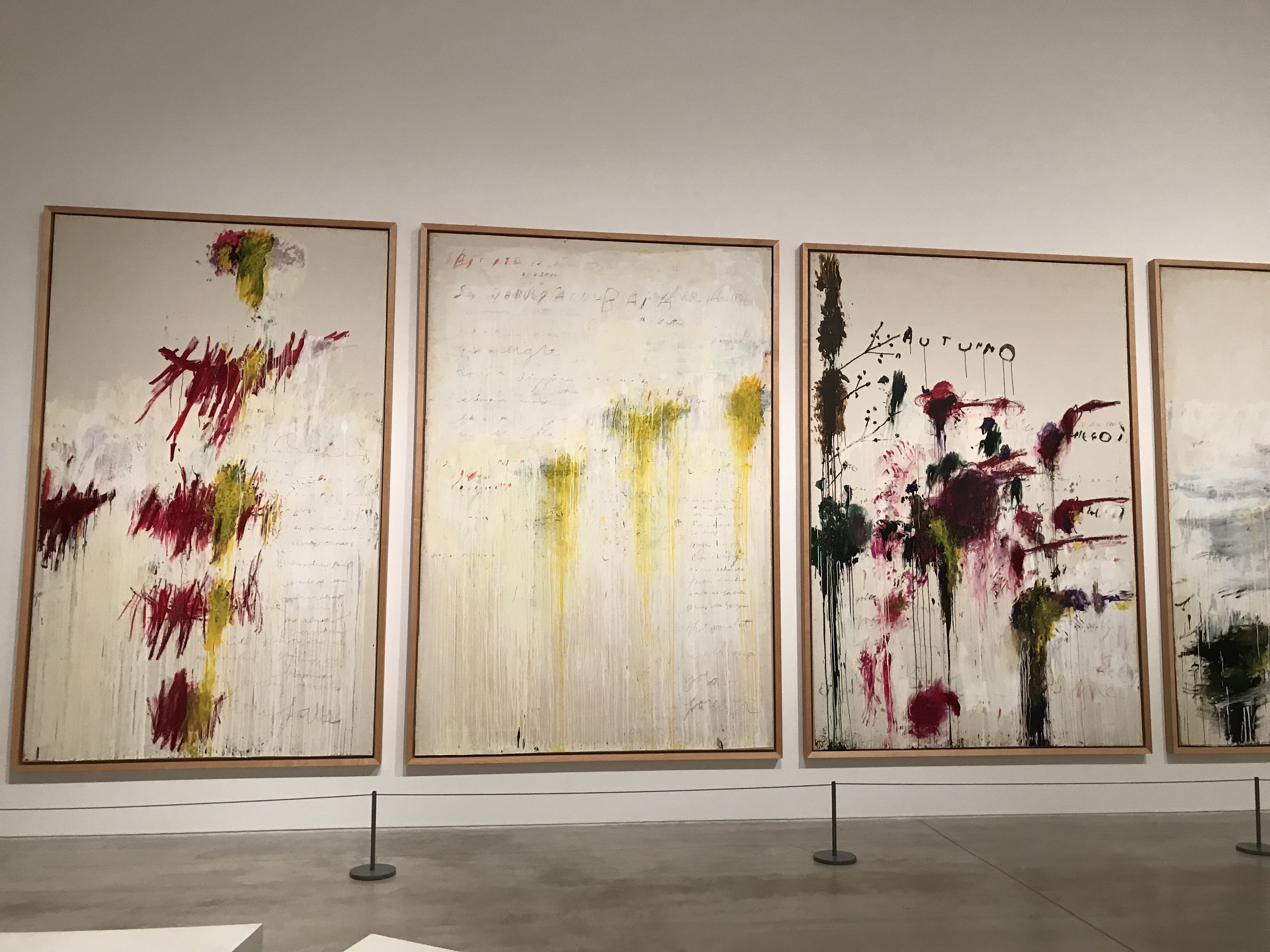 Cy Twombley at the Turner Gallery

Artist JMW Turner first came to Margate aged 11, having been sent by his parents to school in Love Lane in the old town. He came back aged 21 to sketch and from the 1820s onwards became a regular visitor. He remarked to the influential writer and art critic John Ruskin that “…the skies over Thanet are the loveliest in all Europe”.

TS Elliot arrived in Margate in a fragile physical and mental state and worked on his poem The Waste Land sitting in the Nayland Rock shelter on Margate Sands. The poem was published the following year, and proved to be hugely influential, reflecting on the fractured world in the aftermath of the First World War as well as Eliot’s own personal crisis.

The Turner Gallery is currently hosting a tribute to Turners in  Journeys with ‘The Waste Land‘ which is on until the 7th of May and features the work of over 60 local artists which explore how contemporary and historical art can enable us to reflect on the poem’s shifting flow of diverse voices, references, characters and places.

I have to say – not being familiar with the poem  – I didn’t love the exhibition, but it did motivate me to learn more about Elliot and his work.

I did however love At The Violet Hour which is curated by Chiara Williams and Shaun Stamp and set in the largely disused Nayland Rock Hotel. Featuring 23 local artist much of the work was created during short artist residencies held at the hotel, along with some specially commissioned, site-specific work. 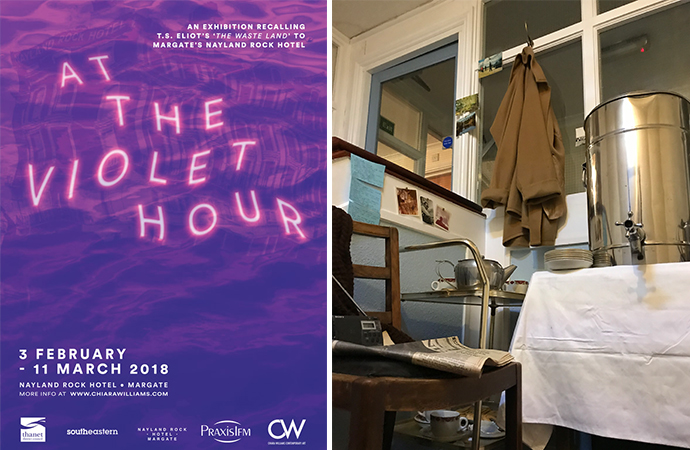 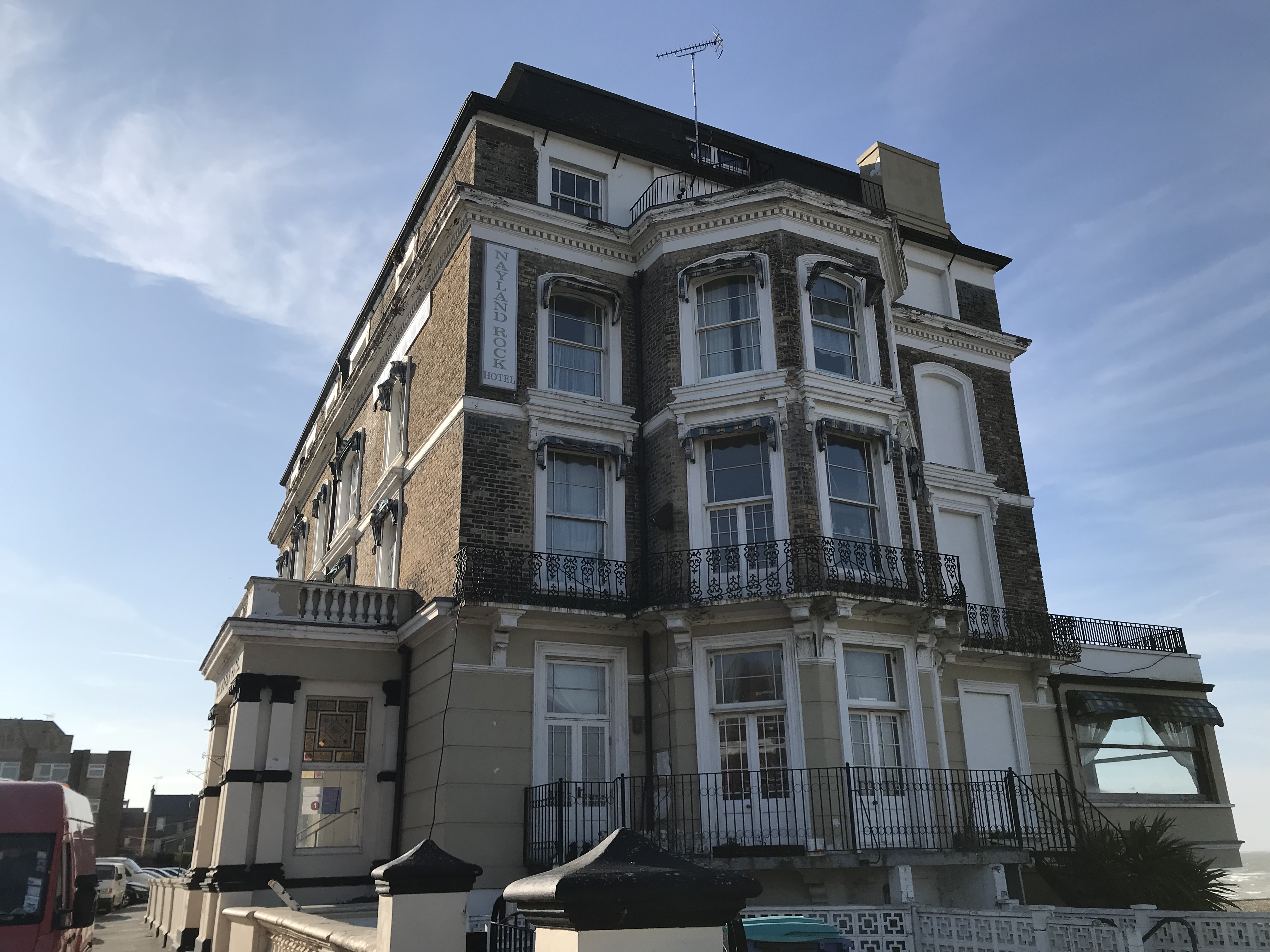 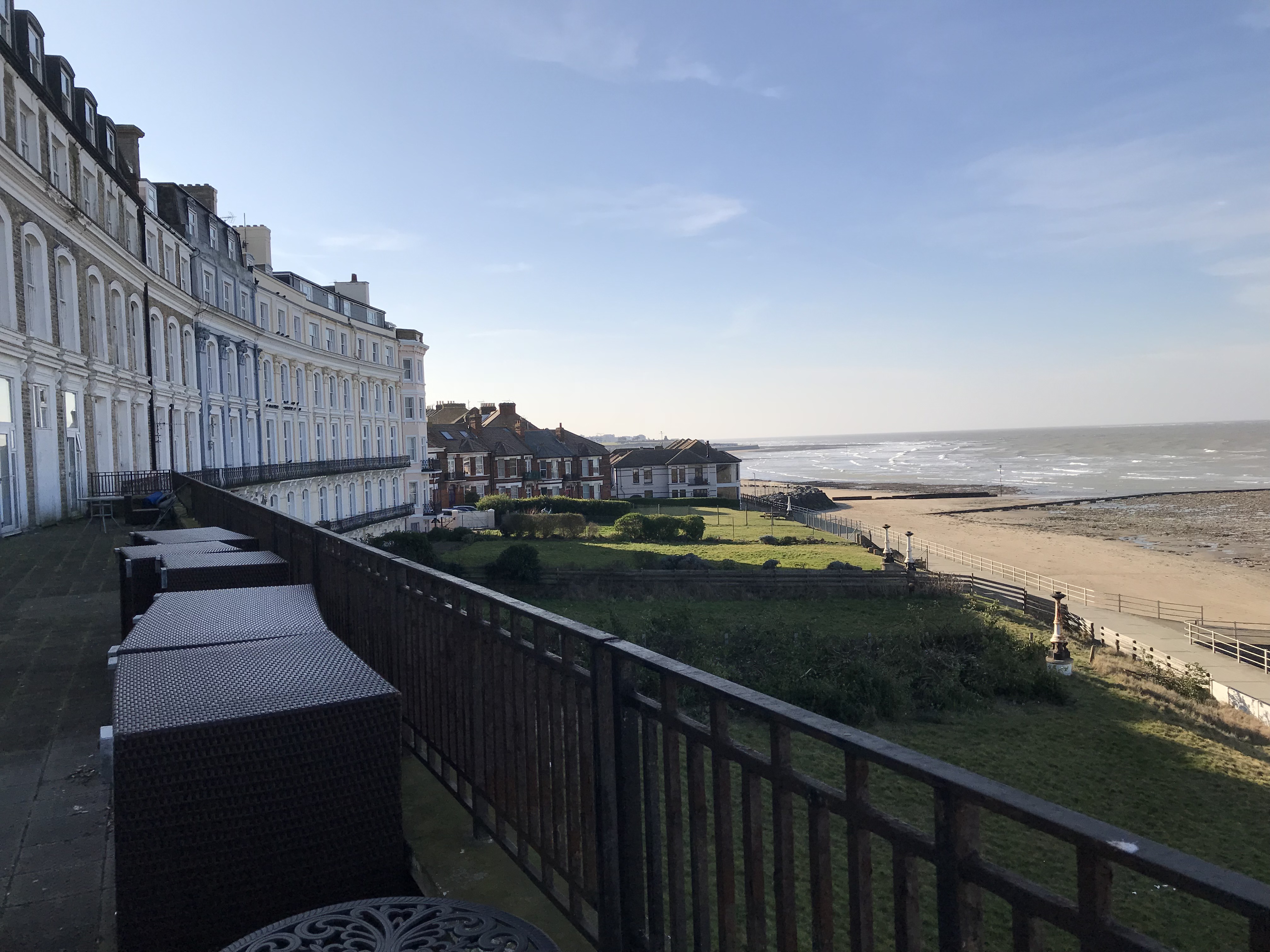 The view from the back of the hotel

Exploring  myth, gender and aspects of the self, the artists’ work is shown in the empty rooms, of the hotel, with it’s heritage, location and fading grandeur providing the perfect backdrop. 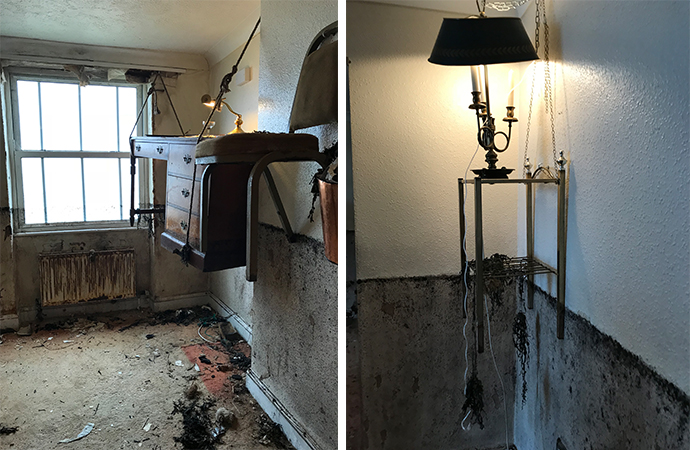 Emma Critchley imagines living in a room that floods daily with the tides. 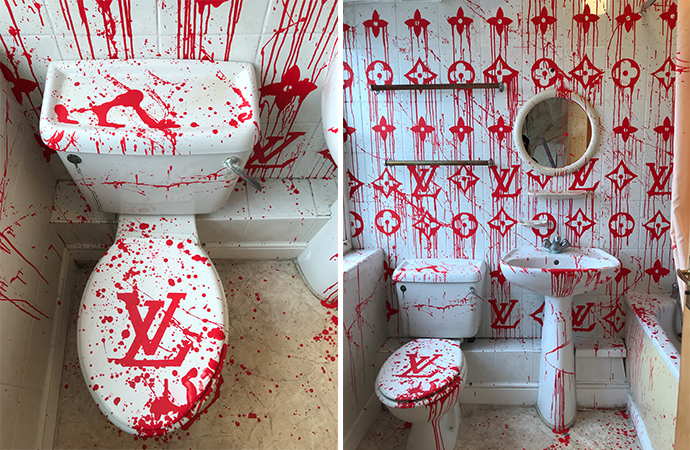 I am now slightly obsessed with the history of the hotel which was built in Built in 1886 and was one the grandest holiday destinations on the south coast – visited by Charlie chaplain and later Mick Jagger.

Two of the hotel’s upper floors were destroyed by a fire in the 80s, never to be rebuilt and for a while it was used to house newly arrived refugees. It has recently been sold to new owners, hopefully to be restored to its former glory. The Violet Hour refers the point at the end when the sun is setting and the sky turns purple, which is the perfect title for the show – as the hotel looks out over the sea where the sunsets are stunning.

The show is on until the 11th of March – visit at the end of the day for maximum impact.

Clerkenwell Design Week gave us the opportunity to spot a few stylish dressers and to quizz them about where they get their clothes. Above…