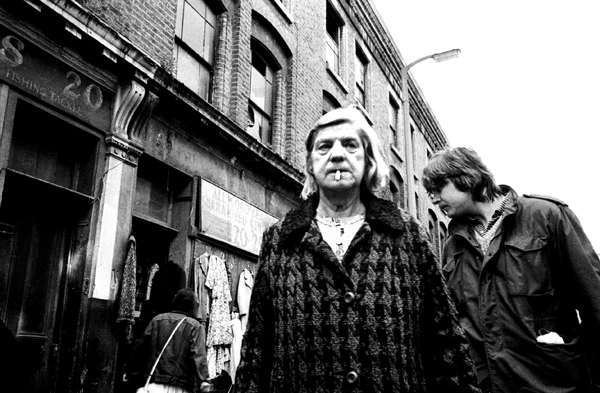 There’s something about older women in London – they have an attitude and confidence which enables them to stand out from the crowd and take control. They get seats on buses, bring people together to chat in public places and refuse to allow the day to day hassles of living in a city to get them down.

I always strike up a conversation given the opportunity and usually learn something about my local area by chatting to my local older women (I hate the word ladies –  it sounds sexist and condescending).

Photographer Phil Maxwell has taken hundreds of pictures of old women on the streets of Spitalfields and Whitechapel over the last thirty years and his work is featured on the wonderful Spitalfields Life blog, where he told the Gentle Author.

“In a strange kind of way, they embody the spirit of the street because they’ve been treading the same paths for decades and seen all the changes. They have an integrity that a youth or a skateboarder can’t have, which comes from their wealth of experience and, living longer than men, they become the guardians of the life of the street.” 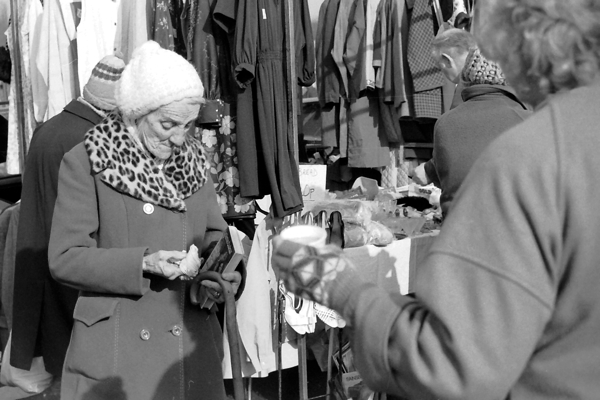 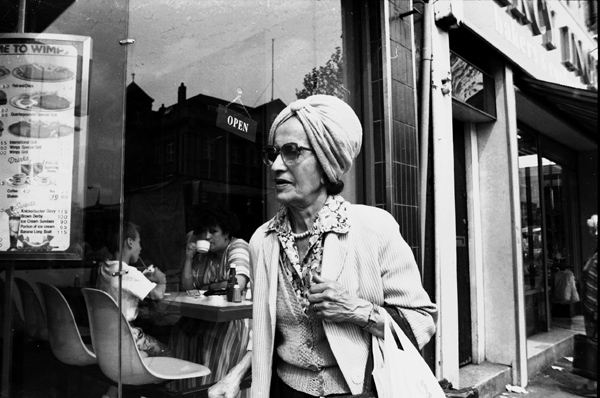 There is also an exhibition of his photographs at the the new gallery at The Archers, 42 Osborne St, E1 6TD, which runs from the 26th June until July 10th.

Another favourite of ours, Jaeger, which doesn’t disappoint. Look out for the wide lapels and clean line, brightly coloured tunic dresses and skirts. Sleeveless jackets are layered over everything, sheepskin is long and swooping and as well as orange we…