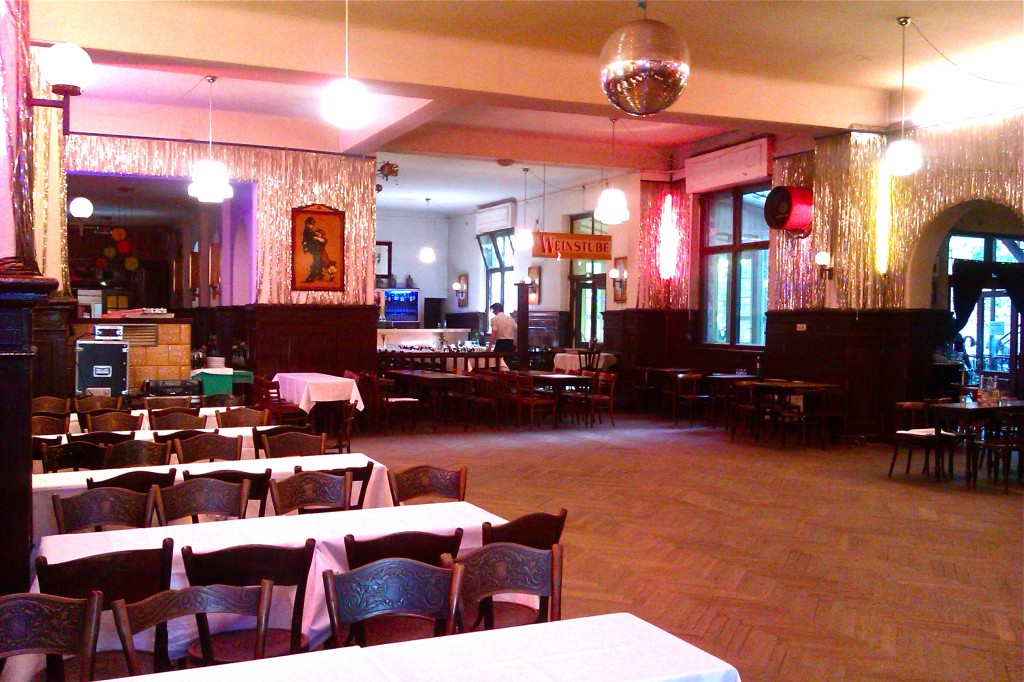 While Amanda has been pottering about amongst amazing vintage collections in deepest mid America (worryingly I can see my kids having to turn my house into a museum one day!) I have been enjoying the sun in London and Switzerland and immersing myself in culture (some of it pretty harrowing) in Berlin.

An amazing city – I had no idea it was so big – Berlin is easy to get around, laid back, creative and rich in history. Every street has a story to tell – often not a good one – but the way it has evolved over the years since unification is fascinating. It reminds me of London before it became all about money – as rents are affordable, there is lots of outdoor space and it has a ‘can do’ attitude which is both refreshing and inspiring. I can see why so many young Londoners are moving there.

I’m a sucker for an old school night out, give me a working mens club (Bethnal Green and The Mildmay are my favourites) or a grimy old pub with a singalong and I’m happy. And we found the perfect location for our 25th wedding anniversary in Berlin. Not that we usually celebrate it – as we always forget the date – but after a Goole search we found we had actually remembered the correct day and marked the occasion with beer and a pizza at the wonderful Clärchens Ballhaus. 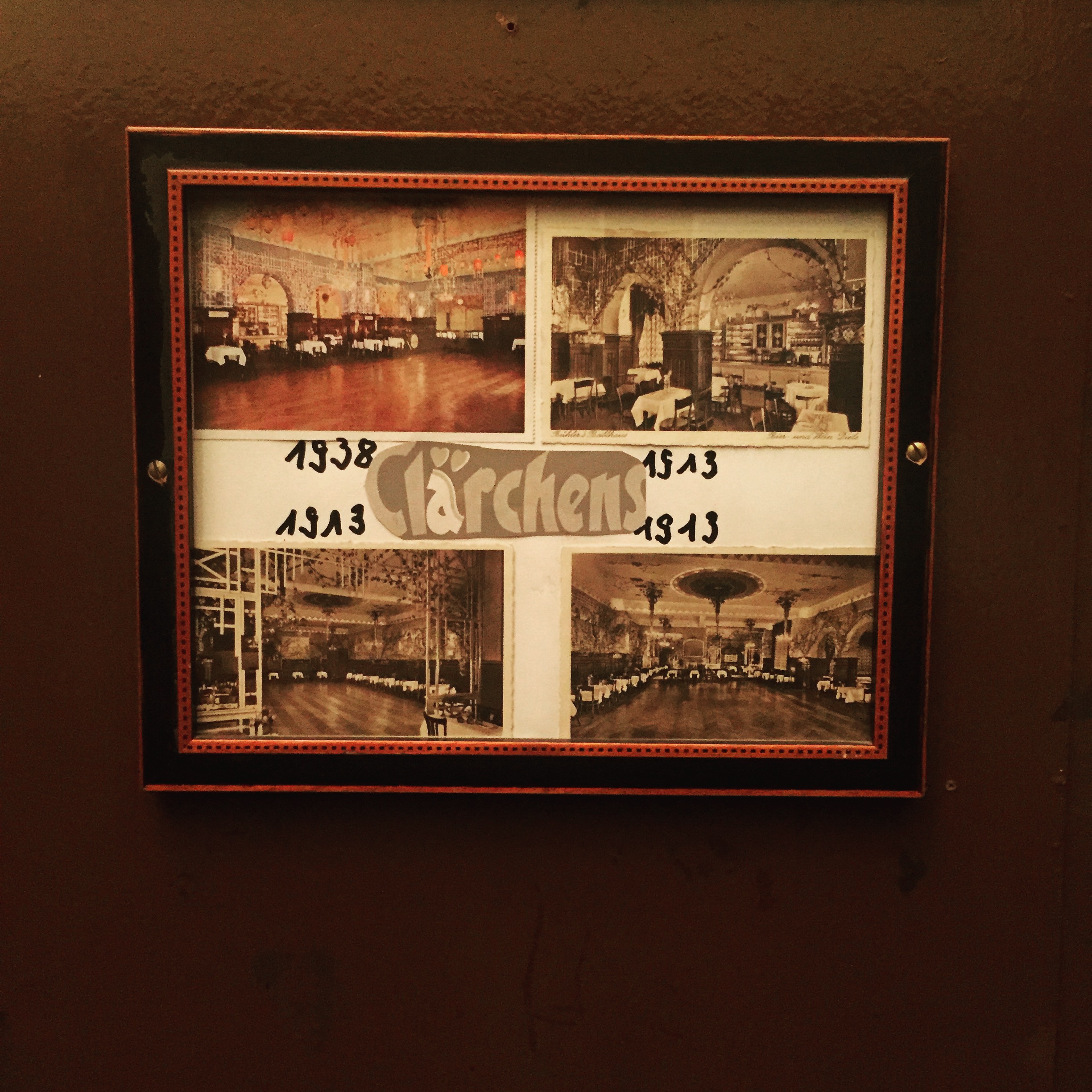 Opened in 1913 by Fritz Bühler and his wife Clärchen, “Bühlers Ballroom” thrived as a dance venue until the rise of the Nazi Party enforced dancing bans and it closed its doors in 1942. German troops later used it as a command center, leaving stacks of maps that Clara would later repurpose for calculating bills and covering tables when linens were hard to come by. In February 1945, the front part of the building and part of the mirrored upper ballroom were destroyed by an Allied bombing raid, and Clara temporarily blinded herself fighting the flames. 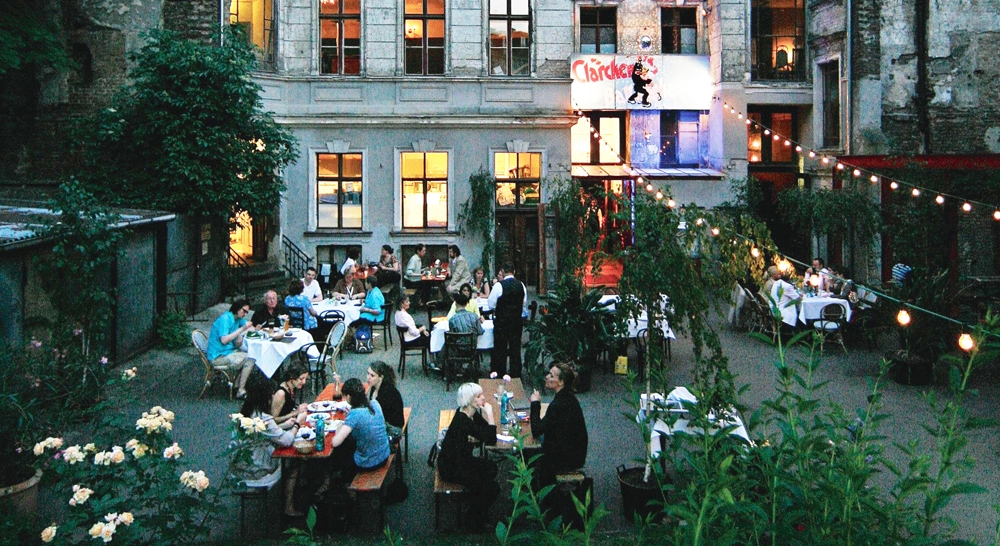 Located in the Soviet-occupied sector Russian troops used the dance hall as a stable for a while, until it reopened in July 1945, less than three months after German forces surrendered to the Allies.  The war rubble from the front building wasn’t removed until 1965 and the dance hall gradually went into decline, gaining a rather seedy reputation for prostitution and black market dealing.

In 2005, Christian Schulz and David Regehr took on the dance hall’s management, restoring it to its current popularity. “It was totally lifeless,” Schulz says. The duo who have a background in theatre recognized something special in the building and its history. “We see it as backdrop for life. For eating, drinking, dancing, falling in love, celebrating, listening to music — all of the beautiful things in life.” 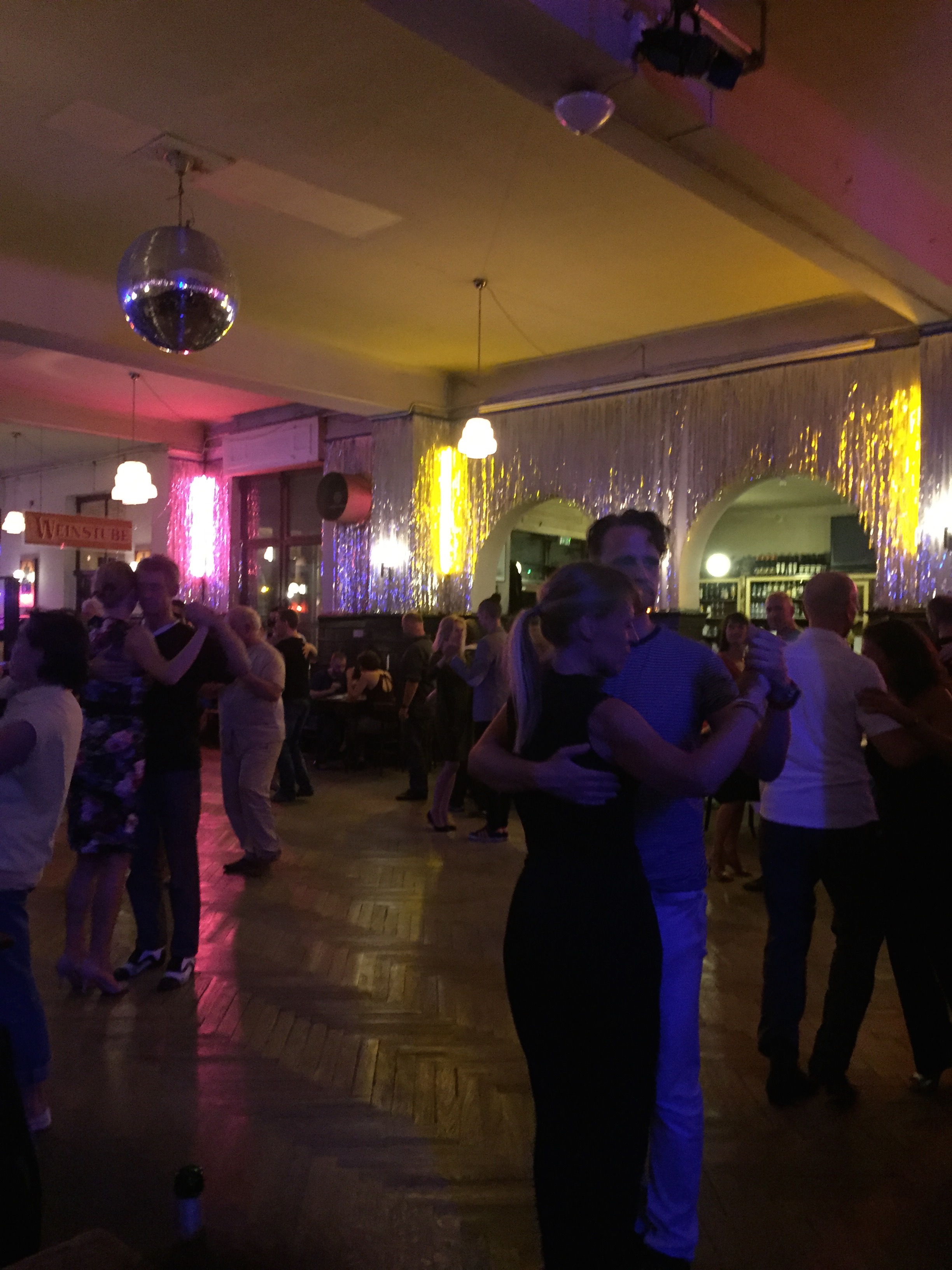 The present Clärchens Ballroom has a restaurant and dance hall, with an eclectic combination of visitors from hipsters to a regular 80 years old guest. With music events and themed dance nights – we went on Tango Tuesday – its a great place to visit if you love decaying grandeur and strictly ballroom – just don’t try dancing unless you know how, as there were some some seriously good dancers.

Grab a cup of tea and have a quiet cultural moment with us as we watch one of our favourite photographers, Steve McCurry, explain how he works. His portraits are wondrous, powerful and a constant source of inspiration for colour…