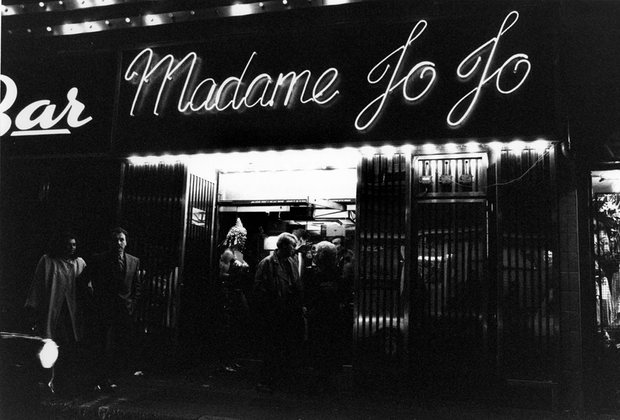 Back in the 80s I had a ferocious boss who made Miranda Priestly look like Mother Theresa. She would arrive in the morning in a cloud of Christian Dior Poison, clutching a giant mobile phone, crank up Tina Turner ‘You’re Simply the Best’ on the studio speakers, while simultaneously demanding a bacon sandwich (no butter) and calling for her gay assistants to come into her excessively decorated office.

Her day was filled with bitching and politicing and generally destroying peoples confidence if she thought they had too much of it. Luckily I’m Scottish (so is she) so didn’t have too much of it and was always first into the studio in the morning (I have always been an early riser) so she liked me – but I was well aware of the heartbreak she caused many of my contemporaries and vowed I would never ever be that kind of boss.

She was however, a perfectionist and a stickler for detail, who despite her viciousness, taught me how to make the perfect mood board, never to use I instead of we in a team situation, not to put up with sexist behaviour from men and to always do my absolute best at work.

She also taught me how to drink ridiculous amounts of red wine, usually followed by a bag of chips in a cab on the way home and no matter how late I stayed out at in the gay bars of Soho, to always get up in time for work. She only was sympathetic to hangovers and if you felt really bad, she would let you lie on her Harvey Nichols sofa for an hour – under her (real) fur coat.

While I’m not suggesting that her management methods were to be admired, or encouraging young designers to drink fish bowls of wine every day at 5pm was a good idea, those bad old days of smoking at ones desk, staying up partying on all night flight to India or Hong Kong and going straight to work in garment factories, may not have done our bodies any good – but God they were fun. No-one went to the gym, ate healthily, or gave a damn about how much they drank or smoked, we just lived life to the full and to hell with the consequences – we worked hard, but we partied even harder.

Young people these days seem so serious, ambitious and controlled – everything is planned and perfected and bad behaviour is frowned upon. The workplace is a much more serious and silent than those bad old days, when phones constantly rang, Friday afternoons were spent catwalking up and down the design studio in ridiculous wigs and we started meetings by sparking up a Silk Cut.

Most of all we would laugh – every day – and have fun. I met some of my very best friends back in those badly behaved days and we can still be the last ones standing at a party if the mood takes us!

Lucinda Chambers summed it up perfectly in the first episode of the fabulous Absolutely Fashion: Inside British Vogue series on BBC2.

“When I started at Vogue, you’d go in and there would be clouds of Gitanes smoke and people with their feet on the desks. It was a much more heightened place, people weren’t beavering away, getting on with it, behaving well. People behaved badly. There’d be lots of hangovers and parties and it was much more rackety.”

Perhaps it’s time to bring some fun back into the workplace – red wine anyone?

70s Cape, everyone’s favourite at £90 Do you remember we were talking about Wallis being a place EVERYONE used to go to for their coats? Back in the days when clothes shops were scarce and Chelsea Girl ruled the world…