The first in a new series of posts about women we admire – not for the way they look – but for what they do.

As I get older, I’m increasingly intolerant of women who are revered for the way they look. Yes, having great style is inspiring and aspirational, but the women I find really interesting, are all about what they actually do – be it through their career, a cause they believe in, or a desire to create change – they are driven and passionate and are getting s..t done.

One such women is Senator Elizabeth Warren, the senior US Senator for Massachusetts.  Formerly a professor of law, she taught at the University of Texas, the University of Pennsylvania Law School and most recently at Harvard. She had many senior political and academic positions before announcing her candidacy for the Senate in 2011, and becoming the first female Senator for Massachusetts in 2012. 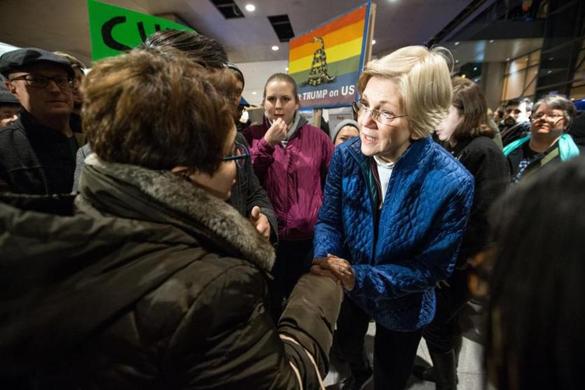 In January 2017 in an e-mail to supporters, Warren announced that she would be running for a second term, saying, “The people of Massachusetts didn’t send me to Washington to roll over and play dead while Donald Trump and his team of billionaires, bigots and Wall Street bankers crush the working people of our Commonwealth and this country,” and “This is no time to quit.”

Following her on Facebook, over the last few weeks, I have been hugely impressed by the way she engages in knowledgable and measured debate and is principled and fearless in the face of the Trump administration – one can only hope there are many more men and women like her, who are willing to put up a fight over the coming months.

Physics is having a bad time with girls for A level. I’m not sure it’s doing that well for GCSE either but since…