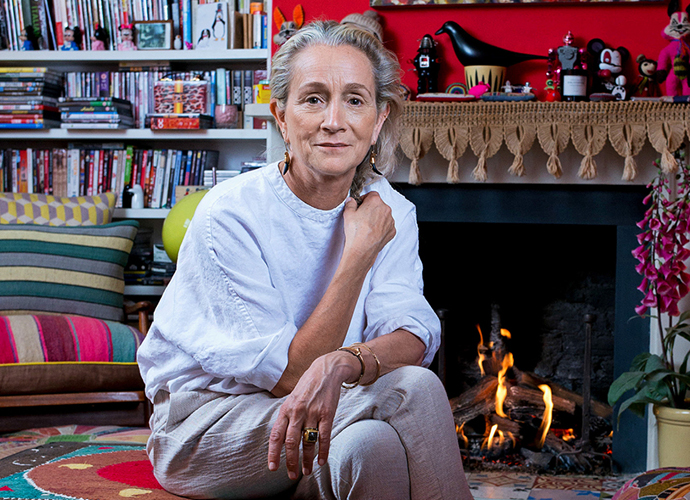 Image via The Evening Standard

The wonderful and now ex fashion editor of Vogue UK, Lucinda Chambers, caused a mini fashion meltdown on the internet yesterday when she spoke her mind to the cerebral sartorial website Vestoj. She revealed that she’d been sacked somewhat brutally from Vogue, as well as saying lots of things we already knew; that the clothes in Vogue are irrelevant for most people, that fashion magazines make women feel anxious, that we don’t allow ourselves to celebrate failure and learn from it and that Marni is no longer what it was. We all also discovered Vestoj, who knew?

The feature, written by the excellent Anja Aronowsky Cronberg, was only up briefly on Vestoj before it caused a social media storm and was swiftly taken down, presumably while lawyers were consulted. As I write this, the piece is back up, in its original form and is worth a read. 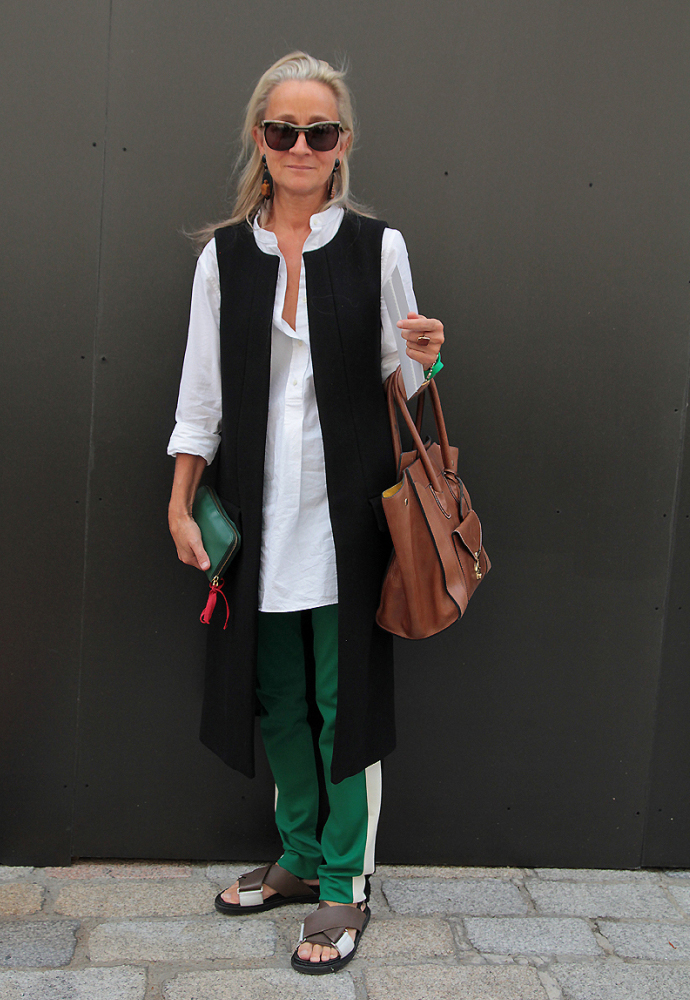 Fessing up, I love Lucinda. I see her at Hammersmith Vintage Fair, early on Sunday mornings, working her way around the stalls. Yes, I stalk her, but if she notices, she’s too polite to say anything. I follow in her wake and check out what she’s viewed and if that’s strange I just don’t care. She puts her clothes together as if she’s got a story going on in her head, never looking the same from one weekend to the next. Imagination and style flow through her outfits in a way that makes her a unique and captivating ‘work in progress’. She is definitely my grown-up, girl-crush.

The candid interview sounds like any conversation we might have in the fashion world, it was just unusual to see it in print and from an important insider, because so much of fashion is about pretending.

‘Truth be told, I haven’t read Vogue in years‘ she says, as everyone at Conde Nast clutched their pearls and fainted. 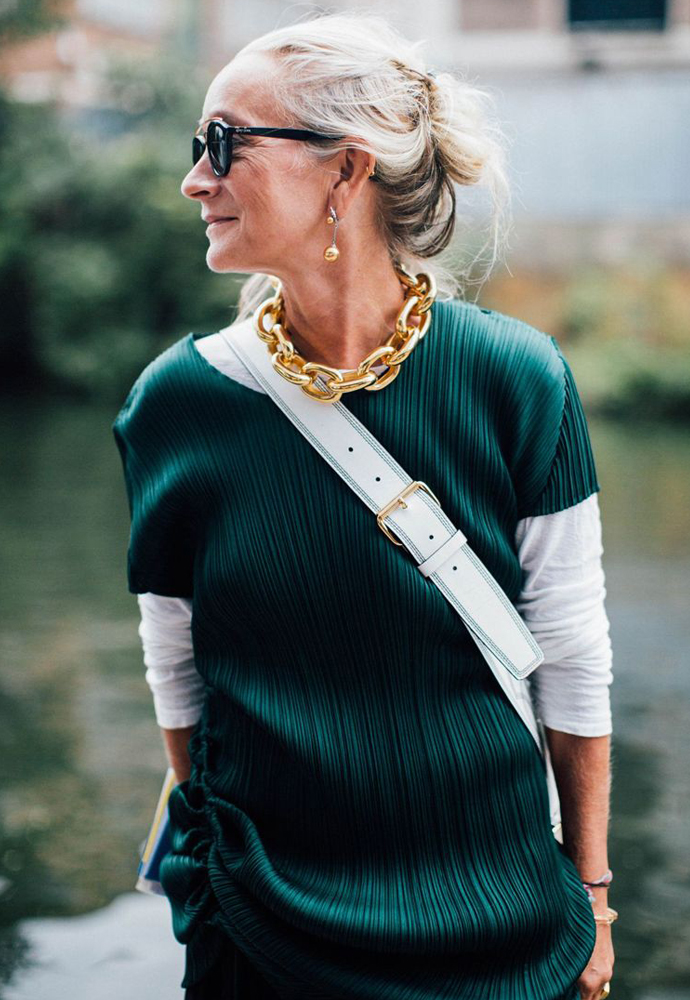 She is 57, and although it’s well documented that she loved fashion from infancy, her journey through fashion  -the growth of the high street and the boom of fashion influence – is ours too. She started off making her clothes because she couldn’t afford what she saw in stores, as did many of us. Her style influences are ours because the world was smaller, we read the same magazines, listened to the same music stations and watched the same TV. I say this confidently because there wasn’t that much choice back then, Tops Of The Pops was the ONLY music show on TV, try and tell that to a Millennial whose just spent the weekend watching Glastonbury highlights on their personal digital device at a time of their choosing.

She is, for me anyway, reinventing how to look styish at nearly 60.

Perhaps the most interesting insight -and remember it’s Vogue she’s talking about here, comes in the final paragraph. She says “It’s a shame that magazines have lost the authority they once had. They’ve stopped being useful. In fashion we are always trying to make people buy something they don’t need. We don’t need any more bags, shirts or shoes. So we cajole, bully or encourage people into continue buying. I know glossy magazines are meant to be aspirational, but why not be both useful and aspirational? That’s the kind of fashion magazine I’d like to see.”

Again, nothing we didn’t all know already Lucinda (although it made me feel very on trend with my year of buying nothing).

What’s slightly disappointing is how long it’s taken a Vogue insider to realize this, but also what she might do next after this revelation. Might it be a useful and aspirational magazine of her own? If so, I do hope it’s aimed at the grown up women we all are. It could be just what we’ve been waiting for. 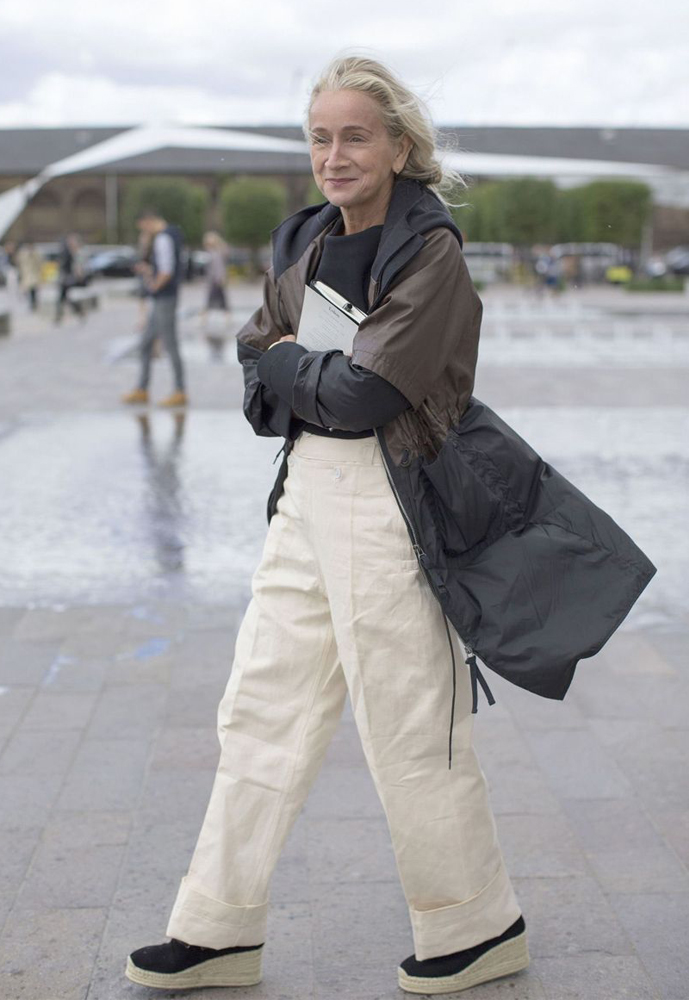 We have a winner for the fantastic Luzca capsule wardrobe competition…drum role…Hannah Harriman! Well done Hannah, we are all VERY jealous. Thanks to everyone…