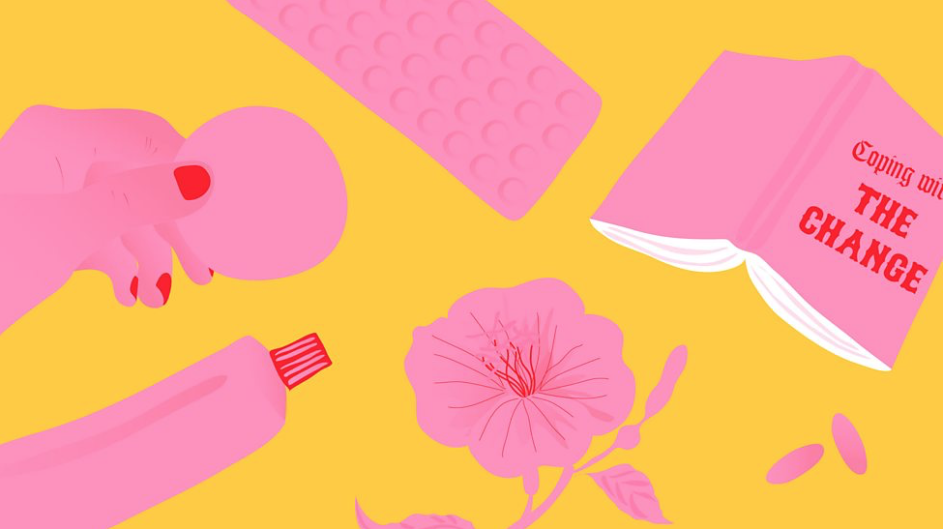 Around five years ago – roughly around the same time I started my business, I started feeling anxious. Not just a little bit stressed and uptight, but super anxious, anxious, in a panic attack way, that made me feel like I was going insane and was slowly losing grip on reality.

I was also waking up on average of six or seven times a night with intense, bed drenching night sweats. Luckily I was my own boss so could manage my time so that I could lie in bed a little longer in the morning, or go home if I felt an anxiety attack coming on. But I shared my situation with very few people, as I didn’t like the fact I wasn’t coping and couldn’t understand what was happening to me.

After a discussion with my doctor and some hormone tests, I was relieved to find out it was peri menopausal. It helped to know what it was – but apart from HRT the doctor could offer me no help. I carried on as normal – or as normal as I could be on 4 hours sleep – and approached the menopause as I had with periods, pregnancy and ongoing bouts of insomnia.

If I’d had a normal job, where I had to be on time every day, attend meetings and manage a team, I would have found it almost impossible, as some days I could barely function and would have burst into tears had anyone been even slightly mean to me.

Would I have told my co-workers what was wrong and been honest if I needed a day of, if I’d been an employee – probably not. As I am from a generation that cracks on and is determined to prove we are only having a period/pregnant therefore not ill and as capable as men of getting the job done. Mentioning ‘female problems’ is/was taboo – unless you wanted to get out of games at school – despite the fact you could be writhing in agony with pain, or homicidal with hormones.

Myra Hunter, emeritus professor of clinical health psychology at King’s College recently published one the first major studies to look at how symptoms such as hot flushes affect women at work, tracking 124 female employees in the public and private sectors. They found that symptoms could have a significant impact, but that following a simple programme of CBT, using a self-help booklet, the level of symptoms could be reduced to a manageable level.

Hunter told the Guardian  that menopausal symptoms remained a “taboo issue” in many workplaces and, while policies to support pregnant women are now standard, there is still little awareness of the impact that the menopause can have on women who are often at the peak of their career.

“Often there’s a will to address this among managers, but they just don’t know how to talk about it,” said Hunter. “Women want it to be raised if appropriate. They don’t want to be treated as ill, they just want some understanding and awareness of it.”

As discussions become more public and the media start to raise awareness of the symptoms of menopause, things can only get better. But are these subjects of interest to anyone apart from those going through it? When sharing the fact your breasts are leaking milk/you’re having a painful period/hot flush are not met with horrified looks in the work place, we might get somewhere, but we have to be willing to put it out there. With some women not even willing to admit their age in public and undergoing all sorts of procedure to halt the ageing process – just how ready are we to start speaking out about menopause?

Luckily my symptoms are easing, or perhaps I have just learnt to live with them, and I’m not sure about the idea of CBT (would you offer ‘mind over matter’ therapy to someone with flu?) but I’m willing to give it a try. 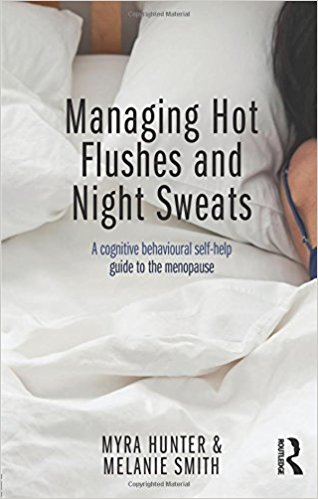 Myra Hunter has written a book called Manage Hot Flushes and Night Sweats: A cognitive behavioural self guide to menopause, which you can buy here.

Also check out last weeks Womens Hour which covered the menopause in detail.

In terms of eye shades, I buy a new colour about once a decade, and it’s almost always shades of neutral. I watch…