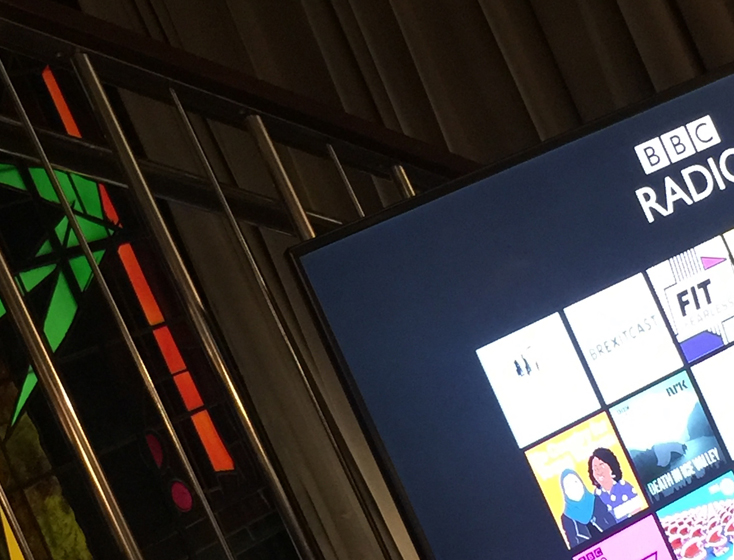 My current obsession with podcasts took an exciting turn last week, when the BBC invited me to meet its first ever commissioning editor of Podcasts, Jason Phipps and discover what the future holds with podcasts. How fabulously W1A!  I’m pleased to report the future sounds very good indeed for us podcast listeners.

Obvs it wasn’t JUST me and Jason, I also got to meet the eloquent and always funny  radio critic Gillian Reynolds MBE, who was off to buy an outfit to wear to an upcoming wedding after the press breakfast, so I even managed to chat clothes (she’s a trouser wearer and hasn’t worn a dress or skirt since the mid 80s). Gillian asked questions about how the new podcast expansion would be funded, it seems there’s no extra money, just the old money spread more thinly/re-allocated. It’s the story of our times really.

I also got dangerously close to pinning Rhian Roberts, who commissioned the brilliant Fortunately, with Jane Garvey and Fi Glover, against a wall to promise that Fortunately would never not be around. My life is so very much better with it in it. She said it would be decommissioned over her dead body, so I think we’re safe. My only criticism of Fortunately is that it’s not on enough (I’d be happy with once a day) and it’s never long enough, one or even two hours of listening to Jane and Fi witter on would be about right. And while I’m on the subject, if you haven’t heard the one where Gillian Reynolds sings with Jane Garvey then listen immediately to it here.

Jason painted a very bright future for podcasts, currently the BBC has 20 million podcast downloads a month, which sounds extraordinary, but he thinks we’re only just getting going, in comparison the numbers in the US are in the billions and growing fast. The joy of podcasts is their niche-ness, they can be eccentric and genre-bending and the BBC seems keen to keep this characterful element alive.

Podcasts that you might not have heard of that are worth a listen include No Country For Young Women, by Sadia Azmat and Monty Onanuga, which will bring you right up to date with how Millennials think, if you don’t get enough listening to your own at home. Apparently Millennials love podcasts and are flocking to them in their droves. It’s hilariously grounding and often shocking, but a great listen. Perfect to balance with the posh-rantings of our other Millennial-based listen over on The High Low.

The Boring Talks is a glorious example of how quirky podcasts can often work well. Presented by James Ward, it covers subjects such as the history of double yellow lines and the significance of the Argos Catalogue, but does it in such a wonderfully endearing way that it’s now a podcast hit. The irony and gentle humour are both very British and very BBC. Listen to the smell walk one to start you off. 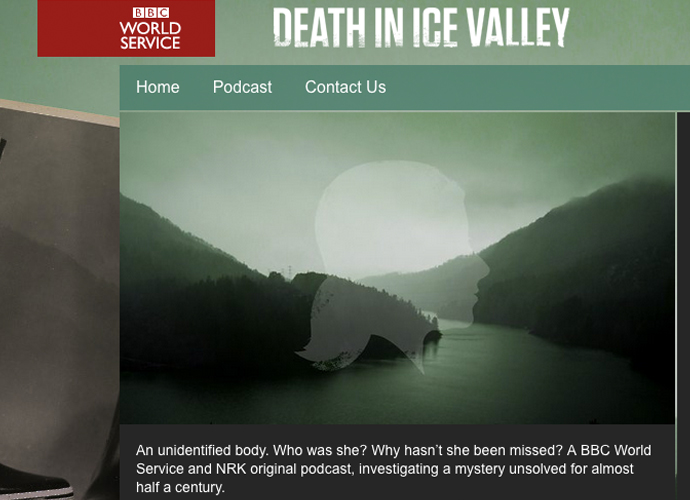 And for anyone who loves Skandi Noir and a bit of a real life murder mystery, then check out Death In Ice Valley, a cross between Serial (the first one, obvs) and The Bridge. It is an ongoing thriller, with new episodes out each Monday, I’m totally hooked.

I did get to ask both Rhian and Ben Chapman, who is the digital head of programming for BBC Radio if there was any more podcasts in the works suitable for grown up women and discovered that FASHION has been discussed as a possible suitable topic. About time too, is what we should all be saying, because of course fashion would make an amazing and HUGE topic for a podcast. And if you’re looking for people to point out where to buy stylish clothing for grown up women, then you know where to find us.

It’s hard to believe this is Azzedine Alaïa’s first ever perfume in a world where every designer jumps on the money making fragrance bandwagon….