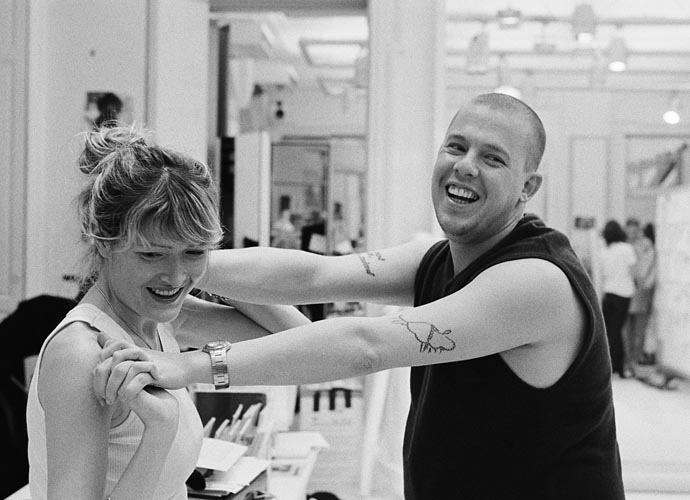 McQueen, the documentary based on designer Lee Alexander McQueen, is a searingly honest, funny, sad and thought-provoking film airing on British screens next week (June 8th). Don’t miss it. The life story of this East End boy makes way beyond good is shown through never-before-seen home movies, audio tapes and behind-the-scenes footage shots. Testimonials from Lee, close friends and family make this a riveting watch. 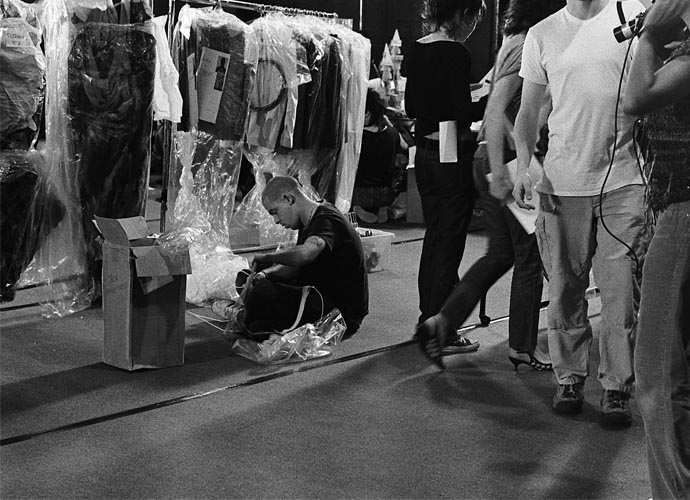 The documentary spans McQueen’s early days to his time learning the craft on Saville Row to his pivotal Central St Martin’s end-of-year fashion show when the eccentric, hat-wearing fashion-promoter Isabella Blow spotted him. She fell in love with the controversial, edgy clothes coming down the runway blending beauty with violence, classical with modern. Born ‘Lee”, Blow renamed him the more upper-class sounding Alexander, like “Alexander the Great”, she said. The film’s directors – Ian Bonhôte and Peter Ettedgui – talked to me about the making of the film and why the often overused term ‘genius’ is on target in McQueen’s case.

You got access to never before seen home movies, audio tapes, and footage- how easy was it to get all that?
Bonhôte: It was very difficult, not easy at all. None of the archive was available so we started by looking at books, looked as much as possible at what was available on line. We probably contacted two to three hundred sources. All of our archives are made up of more than 160 sources. 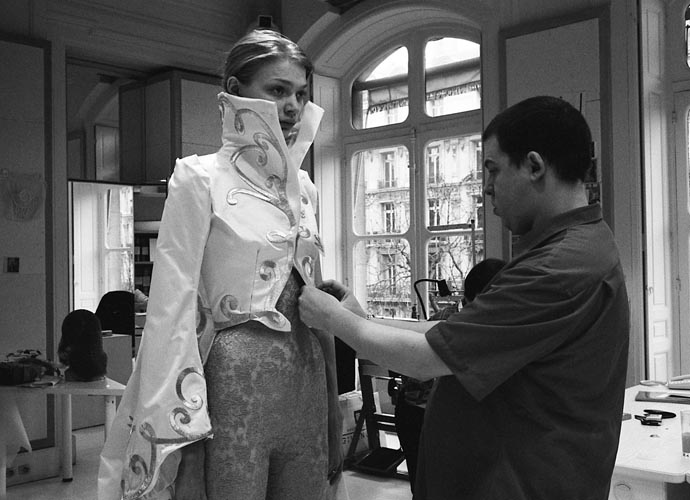 How many years were you working on it?
Ettedgui: When we talked to the producers they said it’s the kind of film that you need three years for. We did it in a year (big laugh). We started thinking about it properly in January 2017. And we had to deliver the film end of this February. It was a good pressure to have. It was the kind of insane pressure that McQueen had to do  several times a year. There’s something about being under that kind of pressure that really forces you to work with instinct, to be spontaneous. 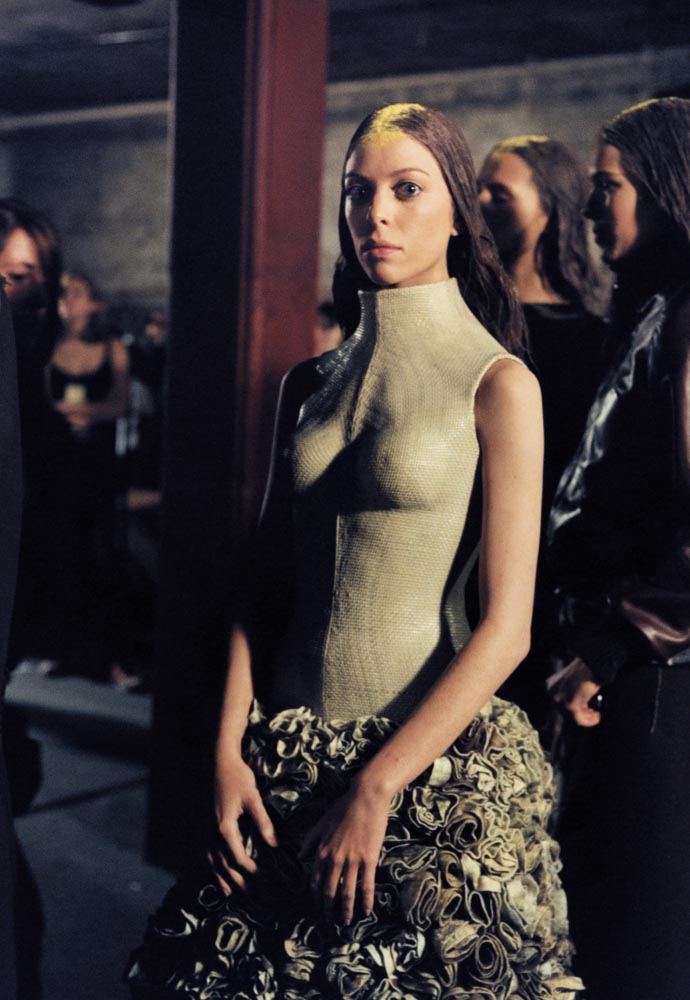 Cool Brittania -How did McQueen help usher that era of the nineties in?
Bonhôte: Lee drew expression from everywhere, he started collaborating with musicians, with artists, with photographers and this was the time that everything was possible. He directed videos for Pure and reinvented the art and form of photography in fashion. Lee influenced as well as was influenced by loads of his contemporaries. Even in the publications, the new crazy magazines coming out –ID, The Face, Dazed and Confused…

Ettedgui: McQueen was something of a moving spirit behind that. For example, when he was at St Martin’s, most of the fashion students stayed in the fashion studio. McQueen, apparently from what we’ve heard, was with the photographers and the graphic artists, the print people, the jewellery designers. He moved around the building constantly and took things from everywhere and brought people together, like he did throughout his career.
He also took influences, he was very influenced by arts and crafts, by renaissance, by photography. He was a real force of nature. The time was right for it. We’d had Thatcher in the 80’s, fashion had become quite beige in that time, the time was right for something new to happen and McQueen was absolutely at the forefront of that. 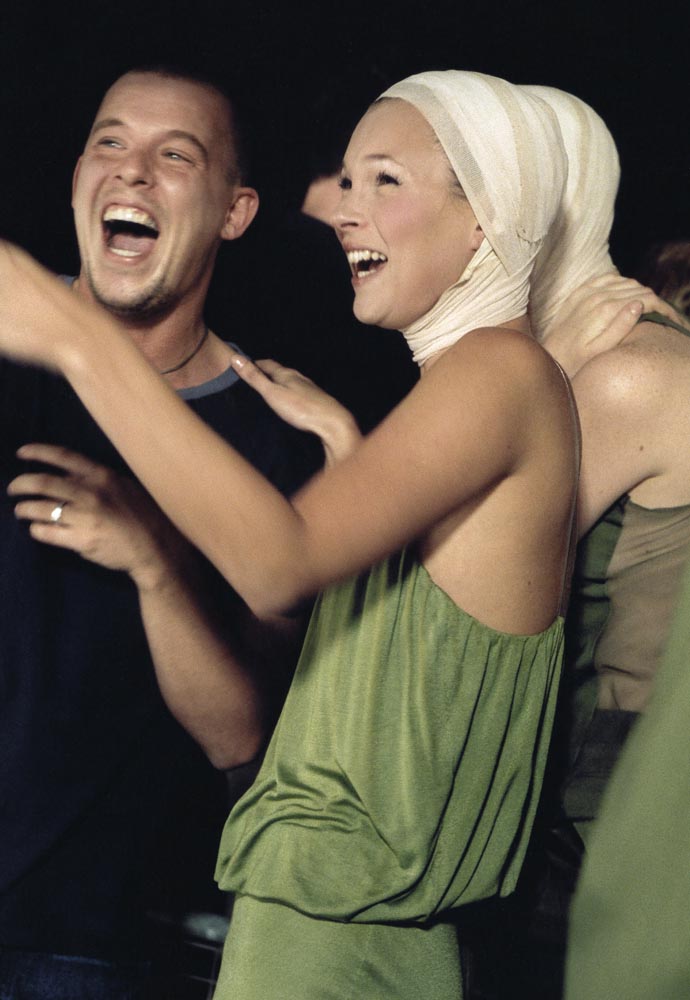 McQueen said “If you leave my show without an emotion then I am not doing my job properly. I don’t want you to walk out like you’ve just had Sunday lunch….I want heart attacks, I want ambulances”- What was your favorite show?

Bonhôte: We have plenty of shows that we really like, but Widows of Culloden…

Ettedgui: For me Number 13. The whole show is just so beautiful. I was particularly moved by it because in some of the archives my dad was sitting there in the front row. So it had a very special place in my heart. But also interesting because people think about Lee as being a bad boy, and the dark side and all of that. But without discussing this together, we both picked shows that are really expressions of light and joy, when everything was working, everything was coming together and he was happy. We are very keen to emphasize that. People say why don’t you go more into the drugs or the this or the that. For us we’ve had lost the balance then between this man’s angels and his demons. It’s crucial to get the balance because if you don’t get it there’s no way that you’re going to understand quite how significant this man was. 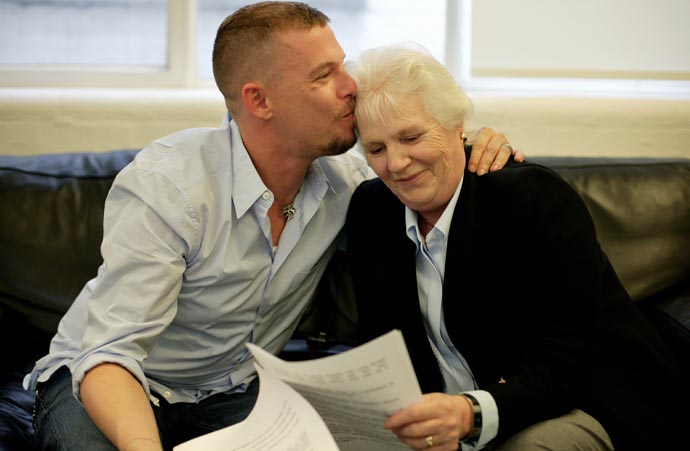 What do you think he thought of women. I know with the Highland’s Rape show people said he was a misogynist?
Bonhôte: He wasn’t, he was so close to his mom, his sisters. Lee wanted to shock and he shocked people. He put that on the catwalk. If you look at his clothes, the way he changed women’s silhouette, the way he made women feel and the way he dressed them up. He made clothes for women who knew what they wanted and women who wanted to dress for themselves. It wasn’t like the husband was buying them clothing so he was very much designing for the independent woman.

Ettedgui:  The women in his life, not just his relations, he was surrounded by women who absolutely loved him because he empowered them. How would you summarize McQueen’s contribution to fashion and art?
Bonhôte: I think he inspired so many people. There were so many tableaux and visuals and strong elements. His shows and his fashion were way more than his clothing. Not only did he manage to create the real only haute couture house in England, but his vision and all his ideas and all his collaborations have been used by a lot of people, actually, by a lot of creatives. And then further than that he established a business that five years later ended up creating the most famous wedding dress in the world for the Duchess of Cambridge.

Ettedgui:  The show at the Met showed that there was a huge interest for his work in the US as well. I think his story can touch a huge amount of people who have no clue what fashion is. We had people coming up to us at the screening in New York and saying, “I had no idea who this man was and I fell in love with his story and his life.”

Do you think he was a genius?
Ettedgui: Mozart once said ‘why does everyone call me a genius, don’t they understand how fucking hard I work to get where I am right now?’ I think it’s the same with McQueen. Those years of apprenticeship McQueen mastered every aspect of the technique and craft of making clothes. And he wasn’t just a craftsman, he had things he wanted to do when he mastered the technique. He wanted to turn it inside out. He wanted to respect tradition, but break all the rules. And communicate emotions and change the silhouette. All of that is encompassed by the word genius.

For more from Elena, see her excellent travel blog here