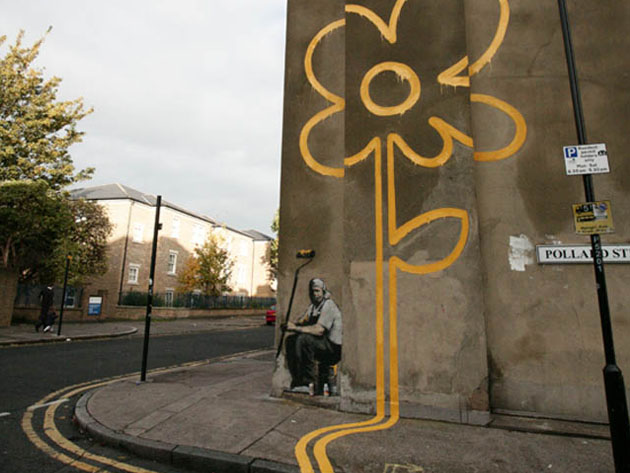 The great thing about blogging is the amazing people you get to meet both online and offline. The blogging community is about respect, sharing and being generous with content. Its the same with Twitter, its all about free information and passing it on to other like minded people. This can be difficult for some traditional media people to get their heads round, as they tend to think of content in terms of policing, ownership and property. In the print/real world these terms are still relevant and its possible to control who uses what, but in the online world it is very very difficult to apply these rules.

Yesterday I had an email from a photographer I had featured on the blog two years ago. I had been sent an invitation to her private view and given a copy of her book, a press release and a CD with images. I loved the exhibition and featured it on our blog, crediting her work, book and linking to her website.

We try where ever we can to credit images and usually use pictures that relate to the topic we are blogging about. We have many lovely emails from artists, designers, shops etc etc, thanking us for featuring them. Having worked for a global online business to business trend service for many years we both realise the importance of crediting images and linking to the original source of an idea or reference. And as a former designer I realise how frustrating it can be when someone begs/borrows or steals your ideas.

So when I received a furious (and rude) email asking me to remove the image, I apologised and offered to take it down, but explained how I had obtained the picture and how I thought it would be ok as I was essentially promoting her work. It turns out the exhibition was run in conjunction with a campaign to promote a charity, which unfortunately I had had somehow missed. Understandably the photographer was frustrated by this and had I known I certainly would have mentioned it.

Indirectly, I am sure we did help the campaign (in some small way) as I know several people who made a special trip to see the exhibition and bought the book – and several other bloggers wrote about it – all because of our post.

We have found that somehow the bloggers code of conduct is almost self regulating. No-one has formally laid out a set of rules, but somehow we all know what they are. I realise it may not be the case for all bloggers – but certainly the ones we know.

When it comes to images, as far as we know it is not illegal to use images as long as they are credited and you’re are not making money from them (which we can assure you we are not!) but if anyone knows more about this, let us know, as it’s a bit of a grey area.

For writers, designers, artists and photographers must be difficult to see your work all over the internet, but isn’t it a double edged sword? As I keep telling my son who is an aspiring photographer and gets very possessive about his work, it’s all good PR and people will find you if your work is good. Look at Banksy. It’s not about ego!

We are off on our annual summer break for a few weeks, to recharge our creative batteries and to get out and about to…