Historian John Maloof was researching a history book in 2007, when he came across a huge box full of negatives at an auction house. He bought them for $400 and when he finally got around to looking at them a year later, he discovered they were in fact beautiful images of people on the streets of New York and Chicago, during the 50’s and 60’s, taken by unknown photographer Vivian Maier. 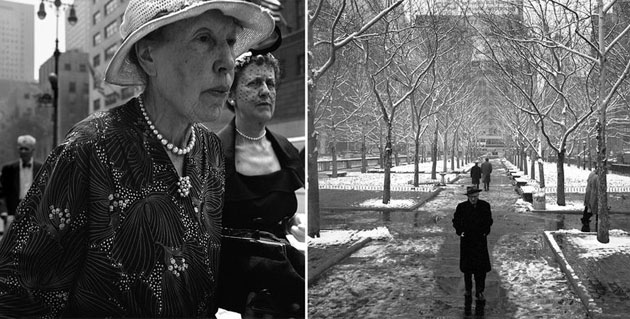 Maier had worked as a nanny and had taken the street shots of the poor, elderly and homeless on her days off. Most of the families Vivian worked for had no idea she took the pictures and remember her as a reclusive, eccentric individual, who spoke in a thick French accent and wore a heavy overcoat and hat, even in the height of summer.

She died in 2009, leaving behind around 100,000 negatives. Maloof became so fascinated with her, he devoted four years to finding out more about her life and work and created a blog to document and archive what he found. He is now in the process of making a film about her, which will be released sometime in 2012.

There will also be a book about her work published later this year, and she will be featured in the London Street Photography Festival in July, where John Maloof will be speaking.

Liberty is a very special department store and alongside John Lewis is my favourite in London. The amazing Tudor interior, eclectic assortment of merchandise…