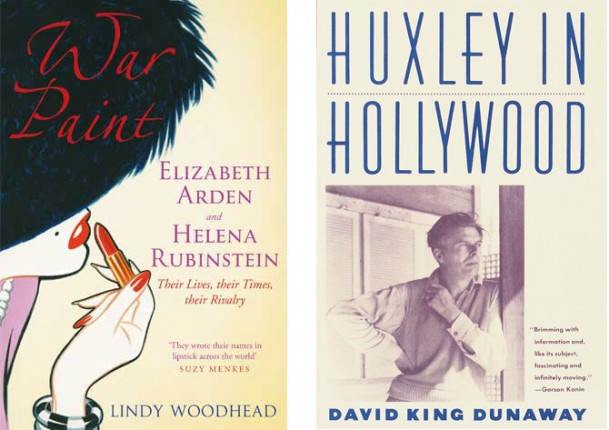 Lee Randall, senior feature writer for The Scotsman and biography fan guest blogs today with her favourite biographies to pack for your summer holidays.

Asking a Libra to pick her favourite anything is cruel. We’re not symbolised by a set of scales for nothing! Back and forth we go. Oh THIS one, no wait! THIS one, oh hang on a minute. . .You get the picture. But I’ll give it a shot, with the understanding that a month from now I might give different, equally heartfelt answers.

When I started talking to Amanda about books, I confessed to a love affair with biographies (and their ilk). They’re a gossip lovers ideal art form! Chock full of plots and sub-plots, they’re endlessly revealing about the sometimes unexpected connections between people: this actress married that author’s second cousin, who slept with the dancer who went on to inspire so and so’s masterpiece. And all the excitement unfolds in recognisable settings, rather than Narnia, so I can go off and retrace their steps. I become so invested in these lives that it’s not unusual to find me in tears when the subject inevitably dies, even though I’ve known all along that this person was no longer among the living.

Here are five biographies I hugely admire. I reviewed the first two for The Scotsman:

The Model Wife, by Suzanne Fagence Cooper is the story of Effie Millais (nee Gray), possessor of the most speculated-about pubic hair in all of history. She was the ill-fated bride of John Ruskin, a man who managed to be brilliant and an idiot at the same time. Infamously – and to Effie’s great frustration – they never had sex, not once, in six years of marriage. Her relationship with Millais was much more passionate, and produced the children she longed for. Cooper’s book reads like a potboiler, but retains its scholarly credentials, thanks to her access to primary source material. It’s an astonishing story populated by out-sized personalities. I couldn’t put it down.

War Paint: Helena Rubinstein and Elizabeth Arden, Their Lives, their Times, their Rivalry, by Lindy Woodhead. This dual biography isn’t merely the tale of two impressive female entrepreneurs, but the story of the rise of the beauty industry, which was small and incestuous back in the day. As I said in my review: “All the world loves a cat fight, especially if the adversaries are well matched, and this exposes every scratch and hiss of a rivalry that consumed the cosmetics industry for most of the 20th century.” I guarantee that anyone who’s ever worn lipstick will love this book.

Clara Bow Runnin’ Wild, by David Stenn takes us back to the Roaring Twenties, when the film industry moved out of New York and headed for sunny Hollywood. Clara Bow was the original sex symbol, dubbed the “It” girl by F Scott Fitzgerald. But she came from a troubled Brooklyn home and a family beset by insanity. Stenn makes a strong and sympathetic case for her probable mental illness (schizophrenia is mooted), but doesn’t skimp on the lurid tales we all not-so-secretly love, including drug abuse and affairs with men like screen God Gary Cooper. Riveting reading.

Cyril Connolly: The Life and Times of England’s Most Controversial Literary Critic, by Clive Fisher. Another book in which promiscuity features heavily – all the more extraordinary since Connolly looked like a chubby bulldog. But boy, could he pull! Proof, if any were needed, that women really appreciate brains and a good sense of humour. As is often the case, I came to this after reading a memoir by his ex, Barbara Skelton. I enjoy getting multiple perspectives. Connolly was one of England’s most erudite and interesting men – and one of the most entertainingly badly behaved.

Huxley in Hollywood by David King Dunaway. See what I did there – combined my fascination with authors with my passion for Hollywood’s golden era! But seriously, it’s a great book about an intriguing man. What’s stuck all these years –I’ve just discovered a page full of notes made at the time of reading – is the description of Huxley’s behaviour as wife Maria lay dying of cancer. Huxley read to her from the Tibetan Book of the Dead, guiding her lovingly into death. He sat at her bedside night and day, reminding her of the things she loved and helping her transform those memories into “the light of peace and the love at the heart of all things.” Nor did he stop when she slipped into a coma, continuing to speak to her departing spirit. Gut-wrenching and inspiring stuff

Created by and starring filmmaker Lena Dunham (Tiny Furniture), GIRLS premiered in the US earlier this year and got great reviews. The Hollywood Reporter called…