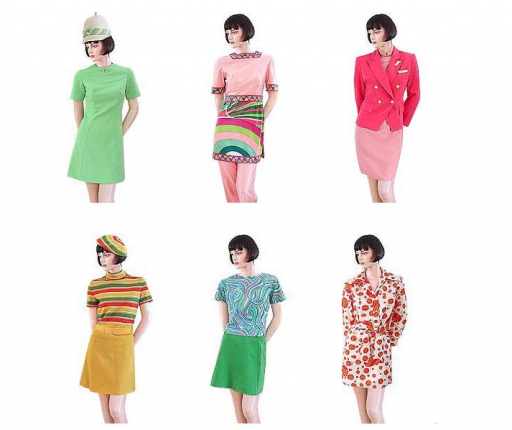 We are big collectors here at TWR, as we have mentioned before. But our habits are well in the shade compared to some of the clearly-in-need-of-help lot featured on our new favourite blog Obsessionistas. Set up by Graham Powell , course director of MA Product Design at the Birmingham Institute of Art & Design and his former florist wife Helen, it positively encourages individuality expressed through collecting stuff as an anecdote to the abundance of homogenised global product.

We managed to lose a whole afternoon yesterday checking up on the insects in amber collections of Anders Damgaard, 18th century apple parers, pencil sharpeners, old typewriters and perhaps a touch worryingly Cliff Muskiet’s collection of Air Hostess Uniforms (above, he has 991 so far and is aiming for 1000). It’s addictive stuff, not to mention useful if you too are a collector of anything that’s listed. 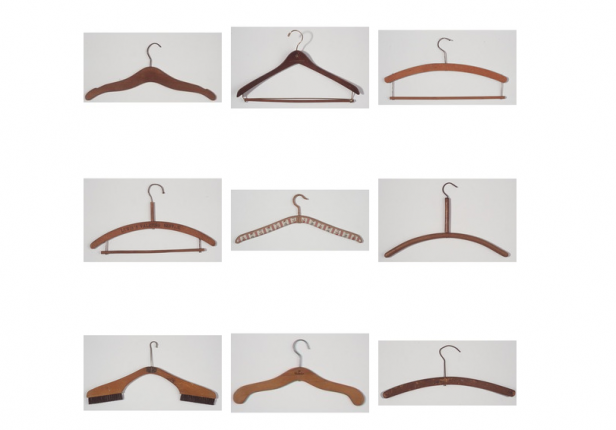 We were tipped off about this fabulous time-wasting endeavour by the WGSN fashion trend forecasting editor and TWR reader Cesca Muston (@cesca_muston) who is herself a bit of a collector and is fascinated by the abundance of books, websites and exhibitions currently emerging on collections of ordinary things. Obsessionistas is our current favourite but we have mentioned A Collection a Day before and Cesca also loves Things Organized Neatly and is reading Picnic, a book on collecting picnic sets (the retro plastic ones from the 50s, not the wicker ones)

‘It’s all about edited curation at the moment and the internet has brought to the surface all the niche collectors of the world ” she told us “I’ve just been to the Museum of Things in Berlin, which demonstrates how listing and presenting ordinary items in an organised way has brought the internet skills of tagging and taxonomy into real life. It’s like we’re all taxonomising our lives now.”

Taxonimising= the new collecting. You heard it hear first.

How the heck did you get started on this mad idea?

Whilst my husband Graham and I were on holiday in France last year we had the idea of creating a website that documented people’s collections in a visually compelling way. It would be fair to say that ‘collecting collectors’ has since taken over our lives!

It’s very addictive, both collecting and reading about collecting, what’s that all about?

People collect for all sorts of different reasons and we’ve found ourselves starting to identify a number of different collecting profiles that people typically fit. For example, there are classifiers or systematic collectors, people who collect for nostalgic reasons out of love for a particular era and designers who collect because they are interested in looking at different facets of a particular object. There are even subversive collectors – mavericks who collect objects that are kitsch or shocking to challenge other people’s expectations of normal social behaviour.

I also think that there are some interesting differences in the ways in which men and women collect. Men’s collecting activity sometimes has a tendency to be more obsessive, in that it is often about cataloguing and completing a set. For women, collecting can be a much more eclectic process and sometimes it’s about salvaging or rescuing an object or preserving social history. For example, yesterday we featured an amazing lady called Dorothy Harrison who collects hand carts, seed drills and vintage prams.  When we asked her how her collection began she described her first purchase as ‘a very poorly box on wheels’ and told us how she bought it in order to save it from the bonfire. Next week we’re featuring a woman who has a collection of over a thousand saucers that she describes as ‘orphaned’ because the cups they were once paired with have been broken or lost.

For me personally, the fascination is with the personal and cultural stories of objects and with the collector’s reason for collecting. The stories people offer are quite revealing and there is frequently some kind of link with their childhood, so it’s interesting on a psychological level as well.

It’s also very ‘in fashion’, what is it about collections and curated piles of ‘stuff’ that is suddenly so appealing do you think?

I think the current economic climate has caused us to find excessive consumption slightly distasteful, and renewed our appreciation of stuff that is already out there, but has perhaps been neglected or forgotten about over the years.  We seem to be more drawn towards the familiar, towards things that withstand the test of time. You can see this in the fact that heritage brands are doing so well at the moment.

We’ve wrestled with this one quite a bit. Really it all depends on the size, value and scarcity of the object. Someone who collects classic cars would probably be considered pretty obsessive if they had a dozen or so, but someone with a collection of smaller, more commonplace objects would need to accumulate a much more substantial number. Many of the people we feature have collections in the hundreds, or sometimes even thousands. Having said that, we are just as interested in the novice collector as in large established collections. What really fascinates us is the story behind the collection. If someone has an interesting and compelling narrative for their collection, then the number of objects they have isn’t really that important to us.

You have been warned, reading obsessionistas is addictive. If you have a collection you wish to share, contact Graham and Helen through the blog.

Recently, The Women’s Room found itself exhausted and needing to buy supper for four hungry men in Mayfair. Too much time spent looking in shops and not enough planning a trip to the supermarket meant we were faced with shopping…