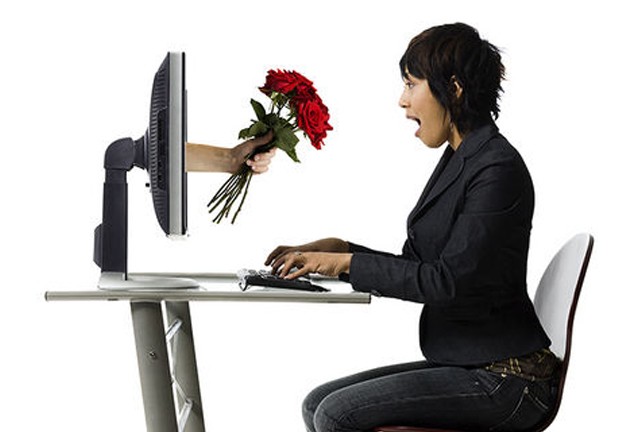 So, I’ve agonised over my profile, downloaded some half-decent photographs, been approved by the web site’s administrator and am now sat in front of the screen, eagerly waiting to receive my first missive from Mr Right.  Of course, his first contact might be tentative (this could be his first time) so he might just save me to his ‘favourites’ first, hoping that I’ll feel the same and ‘favourite’ him back and then…….  Oh, who am I kidding?  It’s probably going to be the Freddie Kruger weirdy guy with a comb-over and a penchant for argyle sweaters who lists his only hobby as model power boat racing and is equally happy “staying in or going out” who is the only person to contact me on this internet dating site.  And what does “likes staying in or going out” mean in real terms anyway?  Is he is trying to subtly indicate that he is neither claustrophobic nor agoraphobic?  Or is it internet dating site secret code for something altogether more deviant?

Ten minutes later and I’m still waiting for the first contact.  I imagine this is how Captain Kirk must have felt on his first mission – a sense of excited anticipation crossed with a fear of the unknown, and possibly Klingons.

Twenty minutes later and I’m starting to doubt the content of my self-penned profile.  Did I over-emphasise the ‘independent woman’ thing?  I’m sure I read somewhere that men like a confident woman; but maybe I just imagined that.  Perhaps all the single men in their mid-forties are more interested in women in their late-twenties; but maybe that’s just my insecurity.  What I do know for certain is, I Would Like To Meet a Straight Single Male with a Great Sense Of Humour.

My profile tells of what I like to do in my spare time, gives a brief outline of the type of work I do, describes where I’ve travelled to, what I’m looking for in a partner and what my perfect holiday would be.  I’ve ticked boxes to indicate I’d prefer a non smoker, a liberal thinker and am open to meeting someone who has children.  There’s nothing too specific or demanding to frighten anyone away (I hope), but I am starting to think it might be a bit….well, bland.  And maybe not quite honest enough.

THINGS I WOULD LIKE TO HAVE WRITTEN IN MY PROFILE:

It’s now thirty minutes later and I’m starting to think this was all a waste of….ooh, hang on a minute, I’ve just been favourited!  Got to go, it might be Mr Right.

Last week we spent an evening with the insightful team from Dell and a group of other fashion bloggers. They wanted to get our opinion on the link between fashion and technology and also let us take a look at…