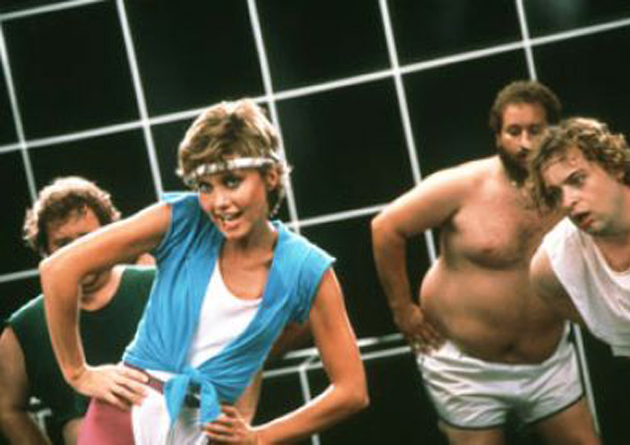 Juliet didn’t have to look very far to find her Romeo.  But today’s modern woman can cast her net wider as she doesn’t have to rely on (or maybe won’t settle for) the boy next door.  Factor in the array of opportunities and choices for female baby-boomers that didn’t exist for women of the previous generation, remove the stigma of divorce, and hey presto, you have the largest generation of independent, self-sufficient MiddleAgedSingle women.

So, the Big Question.  Where are all the like-minded MiddleAgedSingle men?

There is a theory that we feel attracted towards someone who looks similar, or dresses in a similar style to ourselves.  That doesn’t mean I’ll recognise Mr Right when I see him because he’ll be wearing skinny jeans, a batwing sleeve 80’s glittery top and peep-toe shoe boots.  But he could well be sporting the male version of that.  Spookily enough the Younger Man and I were wearing the same dark denim jeans/white shirt/black jacket combo when we met.  And I met two of my most meaningful relationships in ski resorts where the dress code is defined by activity and climate so everyone pretty much dresses the same – padded nylon in the day, jeans and fleece at night – where a shared interest in winter sports is a legitimate reason to start up a conversation with a total stranger without appearing strange/scary/threatening.  Trying to replicate that familiar basis in a normal day-to-day situation requires a bit more imagination.  So, with that thought in mind I set off to find out if there was mileage in this theory at the local gym.

Now, the gym takes me well out of my comfort zone, so I had to psyche myself up for this.  Actually, before my first visit and The Fitness Assessment (appalling experience, forced, in the middle of the gym under the gaze of the power-plating, tread-milling masses, to prove that I cannot do ONE SINGLE press up) I had to rustle up some appropriate clothes.  I certainly wasn’t about to spend money on a new outfit if this turned out to be a flash-in-the-pan idea.  So I cobbled together some old trackie bottoms, trainers and faded t-shirt that had all been relegated to gardening status and off I trotted.

Lesson number one – spend some money on dressing the part if you want to fit in.  Everyone else looked like they were exercising.  I looked as if I’d just come in from pruning the herbaceous border.

I managed to survive the assessment and was issued a personal programme which was just enough to test me but not so difficult that it would put me off.  I discovered I actually quite like the treadmill: after three minutes I was confident I wasn’t going to fall off; after seven minutes I was contemplating a sports bra; after ten minutes I was invincible and judged I was doing pretty well thank you, for a total beginner, with the massive FORTY SEVEN calories I’d just burnt off.  Get me.

Lesson number two – pride comes before a fall and all that.  Forty-seven calories = one, yes ONE, Jacobs Cream Cracker and a blade of grass.  I worked out I’d have to run at the same speed for 36 minutes to warrant a Tia Maria and a Bourbon biscuit.

Anyway, back to the job in hand.  Once I’d got the hang of the treadmill I could actually look up and sneak a peak at my fellow exercisers.  Were there any contenders for Mr Right?  It was difficult to say.  However, what was absolutely certain was my sweaty red face was not going to appeal to anyone.  This meeting-a-man-whilst-exercising lark needed a re-think.

This brings me nicely on to the more sedate and less sweaty part of the gym.  The swimming pool.  Or to be more precise, the Aqua Aerobics class.  As I lowered myself into the tepid water, trying to banish thoughts of the previous kiddies session – do they flush out the pool afterwards, or am I bobbing about in a lot of diluted over-excited pee? – I joined some very well-preserved women of a certain age, some sporting full make-up, neat manicures and discreet jewellery.  But what fun we had!  Balancing on one foot while trying to keep in time with Tom Jones’ Sex Bomb as an over-excited flotation tube tries to erupt like an Exocet missile from under the other foot is a joyful way to spend an hour.   Occasionally one of us would slip and go under but that was all just part of the fun.  In fact the only way this session could be improved would be if we were issued with large beach inflatables – just imagine an advancing army of glamorous women mounted on inflatable penguins, crocodiles and dolphins.  Too fabulous for words.

Did I ever strike up a conversation with a pleasant young man?  (Reception staff don’t count.)  Well, yes I did.  We made eye contact, we exchanged pleasantries.  We even shared a joke.  It’s just a shame he was The Only Gay in the Jacuzzi.  Oh well…there you go.

I’m not usually a huge fan of Burberry clothes, as they feel too commercial in a hideously expensive way. But its most recent collection was quirky and…