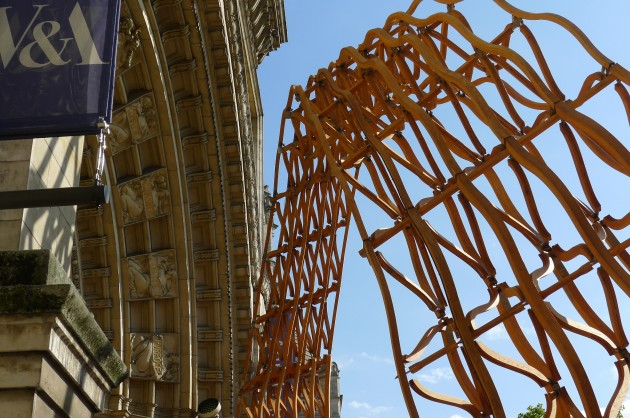 As well as London Fashion Week, it’s also the London Design Festival starting on Monday, which is now in its ninth year and bigger than ever. There are some inspiring things to see, not least at the V&A Museum, which invited us along to the press preview of some of the exhibits.

The Cromwell Road entrance is the place to start, with its massive Timber Wave (above), designed by architects AL_A, who along with structural engineers ARUP have used American red oak in an impressive swirl around the door,  using technology never used on this scale before. Everything is glued together, hopefully with something stronger than PVA.

This year, it’s ALL about 3D printing and the mind boggling stuff that you can get up to with it. Once you have a 3D printer (wouldn’t you love one at home? you could redesign all your furniture) you can produce incredibly complicated stuff really easily, including this complex dress (below left) designed by Murray Moss which looks like like origami on speed and the 3D reproduction of a sculpture of Lady Belhaven, (below right) sitting alongside more traditional marble versions in the sculpture hall, which has a 3D hat designed by milliner Stephen Jones. Below further there’s a set of three collapsable stools and n intricate top, all 3D printed. 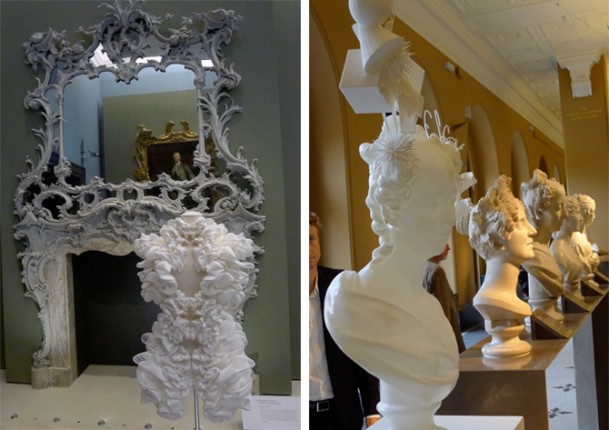 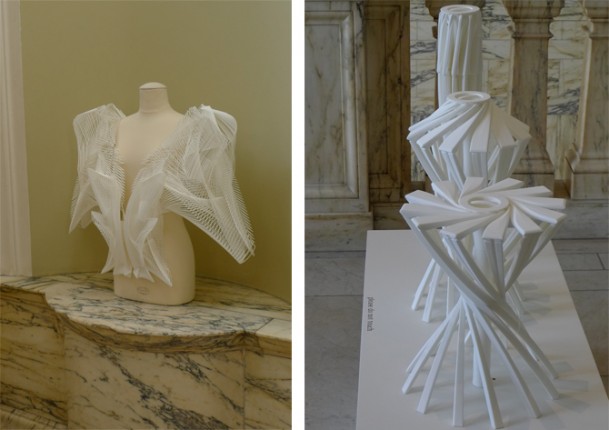 Our favourite installation was by London design store Beyond The Valley, which has developed an iPad friendly design tool the Granimator, allowing you to mix, recolour and redesign an assortment of prints on the screen and then share them via social media. The team have taken over the Clore Study Room which is covered in “ones we made earlier” ideas. It looks stunning and shows just how personalised you will be able to make your home furnishing designs in the near future.  “Oh this parrot print/jungle wallpaper? Yes I knocked out the design yesterday, just before printing out a new table and chairs for the kitchen on the 3D printer darling!” 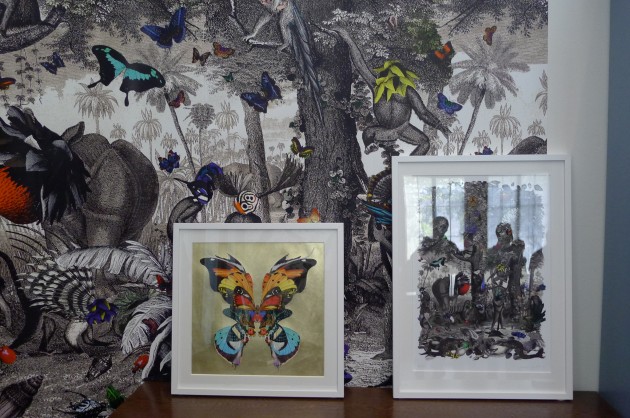 Beyond The Valley had used the prints on upholstery fabric, wallpaper, art prints and fabric for clothes. 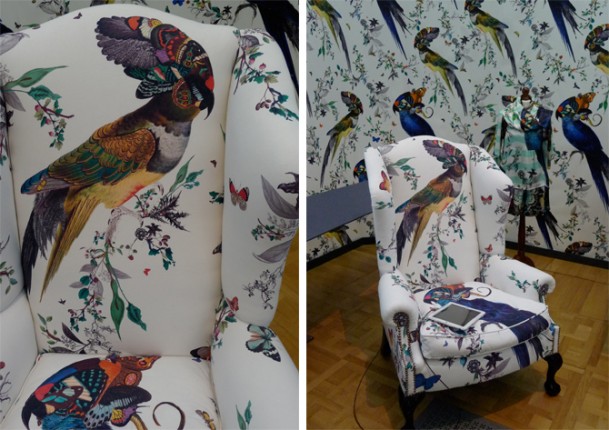 Something not to be missed is the work of 20 graduates from the University of the Arts London, British-Ish, curated by Giles Deacon and featuring these wonderful textile bee hives, which are exquisite seen close up. I’m sorry to say I didn’t write down the student’s name who did them, but the hives have been used successfully with bees already and are beautiful, juxtaposed with the sleeping sculpture in the British Galleries. 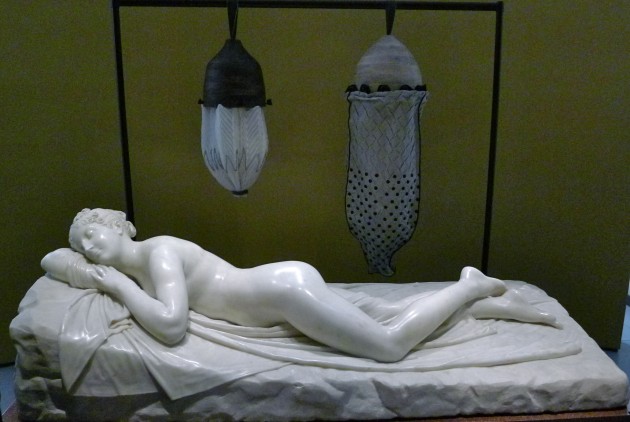 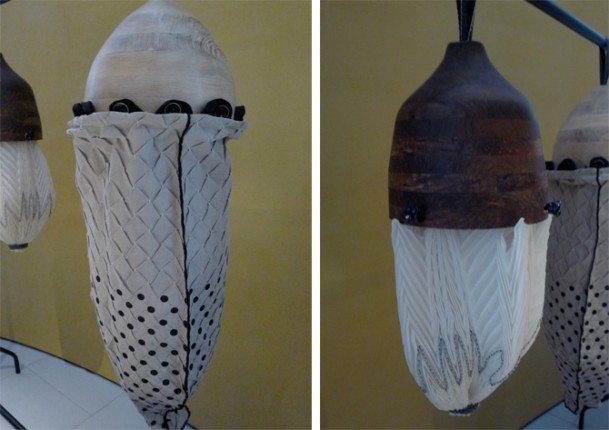 The tunnel entrance to the V&A from the tube, features news ways with scaffolding from Israeli design team BetaTank (below), who have sensibly decided more could be done with scaffolding, particularly for people who have it encase their houses/flats during building work. We liked the ceramic bird boxes that have been designed to snap onto scaffolding poles and provide visiting birds with homes, as well as something nice for those suffering the building work to look at. Clever.

The London Design Festival starts all over London from 17th-25th September. Check out the website for details, the V&A exhibits are on from today and would combine well with a visit to the Power of Making exhibition, currently on in the main exhibition gallery. 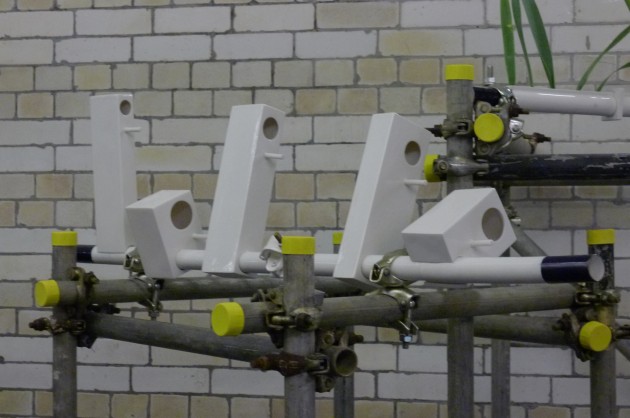 Hmm, today is it going to be stripes or spots? Double, single or plain cuffs? 80s frills or cashmere and poplin stripes? Tricky! The…