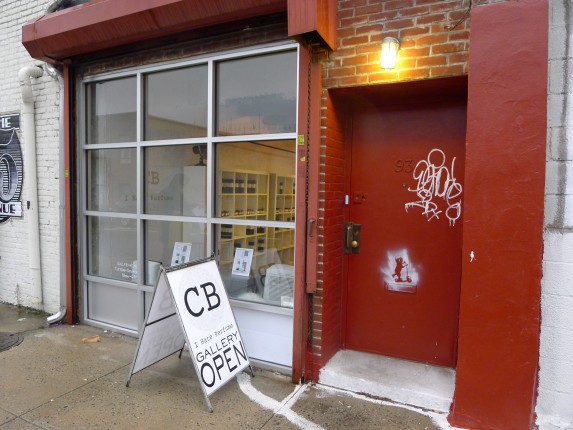 This doesn’t look the most inspiring of shop fronts, does it? When you also add on the fact that it’s tucked away in a slightly mean looking street in Williamsburg, Brooklyn, you probably would walk away, smarti-sh, rather than go in. It’s a long way from the luxury emporiums you usually associate scent with. But for perfume nuts, it should be the number one reason to nip on a plane to New York, for this is the home of CB I Hate Perfume, Christopher Brosius’s madly inventive world of smell.

One wet afternoon last week TWR reader and WGSN’s senior retail editor Lorna Hall, youngest teen and I visited and were mesmerised by the contents of the unassuming looking bank of small brown bottles that line the tiny, industrial-feel store. Under instruction from the charming Patrick (Christopher was not around), we sniffed wet sheep, damp mittens, chocolate, London pavements, rain clouds, old fur coats (my favourite), roast beef, earth, burning leaves, lipstick and many more unbelievably evocative smells. Brosius aims to capture in accord form (single scent capturing a specific smell) as many pleasant natural smells as possible.”He’s totally nailed that’ was our frequent comment.

It was wonderful, the accords are a joy in themselves, but it’s only half the story here.Once you’ve got high on the memories these smells evoke, you move onto the perfumes Brosius has created with them, which is where I ran out of descriptive adjectives and resorted to a stupidly-spellbound ‘wow’ for every one. These are quality, stylish smells that are refreshingly different from the norm but aren’t scary to wear, well….apart from The Beast, but back to that in a minute.

We picked out; Mr Hulot’s Holiday, a sunny, salty seaside smell that middleagedad loves (It’s also his favourite film, so that helps,) In The Library, which is the BEST thing I’ve smelt in ages and is my favourite stationery smell to date (sorry Comme des Garcons), Musk, which is where the old fur coat accord ended up, in a gentle, vintage-y smell that isn’t at all like a musk I’m used to, and finally Pumpkin Pie which teenson picked and is unexpectedly wonderful, like the smell of a William Sonoma shop at Thanksgiving, or how you imagine Martha Stewart’s house smells almost all the time. Deliciously pastry-like and a huge hit with hits mates (particularly the girls).

And then there was The Beast, a smell that was both meaty, earthy, peppery and smouldering woody….not to mention pervasive. Patrick said as Lorna gayly sprayed that a little goes a long long way and it did, right through a shower and into the next day apparently. It is both captivating and alarming, you know that book Perfume by Patrick Suskind? It’s the sort of smell you imagine featuring in it . Amazing.

An edited selection of the smells are available at Liberty (when we visited, Patrick was packing up two big boxes to send off to the store) and I would strongly advise our perfume fans out there to go and sniff them all. You can buy on line from the US (they ship) as absolutes (the pure essence) or as a water-based spray. Each one is a different price according to ingredients, Brosius’s mantra is ‘the best possible perfume at the best possible price’ and to ease the pain you can buy 2ml vials (which because they are absolutes, go a long way) of some of the smells, which is reasonable.

Check out the website for more info, it’s a tiny bit lost-in-verbal-space in it’s descriptions, in the way that perfume people seem to be, but we can overlook this because of the fabulousness of the smells. it is (today at least) my new favourite perfume brand. 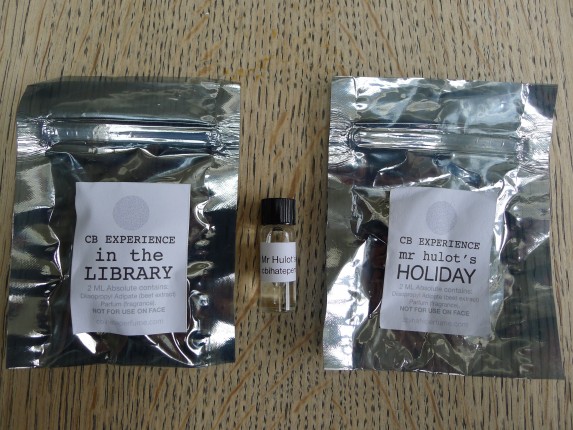 When I first read that Pirelli (yes THAT Pirelli) was producing a calendar that featured no nudes and (shock!) some of our most beloved…