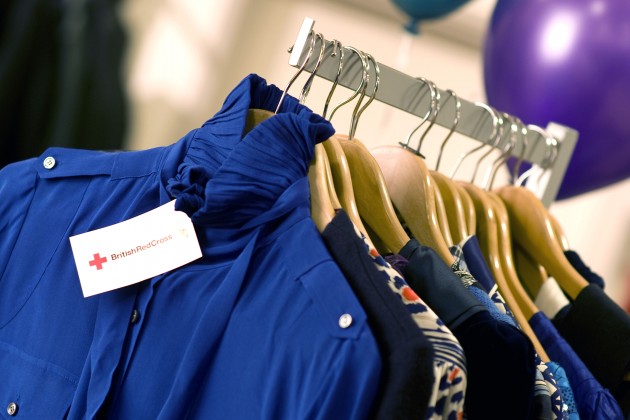 We got such a nice response off you all for the post we did on the Red Cross Vintage store that we thought we’d mention the charity also runs an equally impressive designer shop just off London’s King’s Road. We had no idea this existed, despite living quite close to it and I suspect that if you do know about it, you keep it quiet to avoid competitive shoppers.

Run by the most enthusiastic manager ever, Catherine Shimell, it sells top end designer samples, vintage and donated clothes and since it’s in Chelsea, you can just imagine the standard of donations. When we visited, there was Chanel, Versace, Temperley, Maxfield Parrish, Yves Saint Laurent, Louboutin, Westwood and that was before we got to the (real) fur coats.

Catherine used to work for the late lamented Catherine Walker and Biba, so she knows her stuff and over the past nine years has set about making the little shop in Old Church Street a mecca for designer bargains. She told us ‘When I started I realised we had to stand out, and that the customers in this area loved designer, so we gave all the high street brands to other British Red Cross shops and concentrated on getting a great designer collection’. She also has excellent contacts with local designers and persuades them to donate dead stock and samples.

Once a year Catherine organises a super-sale, where she holds back some of the best pieces (this year she even had couture, Chelsea ladies clearly have a generous streak, I’d’ve gone straight onto eBay with it…) and invites her high spenders down to a pre-Christmas sale evening, sweet-talking them into buying more than they probably need to raise a bit more money for the Red Cross. When we visited the cliental was the smartest I have EVER seen in a charity store, well heeled Chelsea ladies accessorised with a fair bit of cosmetic surgery fighting (politely but with Mitford-esque determination) over the Etro and Tom Ford.

If you need a special item for a Christmas ‘do’ but can’t or wont pay through the nose for it, then it might be worth a visit. 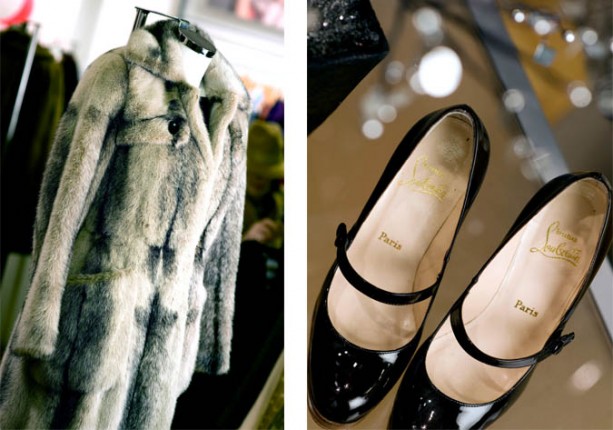 Thanks to WR reader Hilary for telling us about The Flower Appreciation Society, which is now bookmarked in our favourites bar. Founders Anna and…