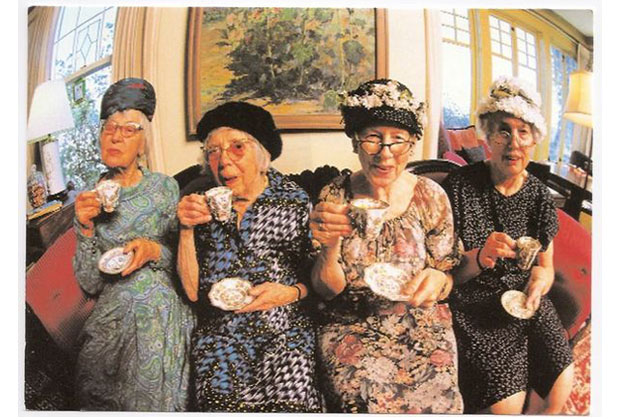 On Thursday night, teen daughter and I went late night shopping and decided to eat out. I tweeted what a nice evening it had been and a Scottish friend replied, “Hope you had a nice supper, or what ever the word is.” Technically it was ‘supper’, as it was in a casual location, we shared a starter, had a bowl of pasta each and I had one glass of wine, but like my friend, I have a problem with the term ‘supper’.

It seems where you originate from has some bearing on your terminology around meals. Some may also say class too, but obviously I am far too diplomatic to mention this. As a born and bred Scot who has also lived in Yorkshire, the midlands and London for longer than anywhere else, I am confused of Stoke Newington when it comes to what to call the evening meal.

I have no problem with breakfast, as this is the only meal of the day devoid of terminology confusion or regional nuances. Whether it is eaten formally at the table with servants revealing a single boiled egg under a silver dome, or a bowl of coco pops eaten on the sofa, while watching last nights Corrie, it is simply breakfast – and quite frankly, my favourite meal of the day –  not least because I know what to call it .

Lunch is where it all starts to go horribly wrong. The word lunch implies something light and sandwichy, or possibly quiche based, perhaps with a salad. Hot dishes are not allowed, not even pasta, with the exception of macaroni cheese, which is a lunch dish – just don’t do anything fancy with it. In winter, soup is of course allowed, but at lunch time it must be accompanied by a side dish of something bread or pastry based, otherwise it might be mistaken for a starter, which would be wrong, because this would then turn it into dinner.

Dinner at lunch time is mainly (dare I say it) a northern thing, but as I haven’t lived in the North for a while, I assume it is a dying term, used only by older people or farmers. It originates from the days when manual workers would rise at dawn and return at ‘dinner time’ to expect a full  (possibly three course) meal, to see them through till ‘teatime’. MAD grew up eating ‘dinner’ at lunch time and this would be his main meal of the day, usually involving mince, mash or a chop, followed by a suet or pastry based pudding, with lots and lots of gravy and custard – but never at the same time obvs!

Tea, has many many connotations and gets even more confusing. In Scotland, ‘afternoon tea’ is eaten around three oclock and is a refined afair, mainly taken in Jenners (an Edinburgh dept store) by ladies called Senga and Madge. It involves small sandwiches, scones, possibly cake such as Battenburg, or something with dried fruit, and tea drunk out of china cups and saucers. This of course has been adopted by the young and hip and now involves cup cakes (fariy cakes to our generation) and glasses of proseco, which is clearly very very wrong.

Then there is ‘high tea’, which is more of a meal, eaten in the late afternoon/early evening, but not to be confused with supper. The focus of the meal is savoury, possibly a pie or even fish and chips, but it will be served with tea and bread and butter and rounded off with a big slice of cake, ideally Victoria sponge.

Scottish high tea, does not necessarily indicate the days eating is over – oh no – we Scots know how to eat. The last meal of the day, will be ‘supper’, eaten around 9pm –  possibly watching a detective series set in a Cotswolds village –  and will involve cheese (nothing fancy, Cracker Barrel is perfectly acceptable) Jacobs Cream Crackers, a small selection of Rich Tea, Digestive and Club biscuits, and of course more tea.

In the North of  England, tea can also be a very meagre, often quite depressing, disappointing affair, which includes something out of a tin on toast, washed down with squash or tea, followed by tinned fruit and something pretending to be cream poured on top, for ‘afters’. Try giving that meal to the sushi generation and calling it an evening meal! ‘what’s for tea/dinner/supper mum’? ‘Spaghetti Hoops on toast, followed by tinned peaches and Carnation milk, and tea’ – Yeh right, I’ll get my coat!!

Supper however is something (dare I say it) middle class people from ‘down South’ do. In fact I had never actually heard it used apart from in the Cracker Barrel type way, until I went to college. Would you like to come over for supper, sent me into a panic, as I imagined my fellow fashion students rolling out a trolly laden with Dairly Lea on toast and Penguin biscuits.

Supper is of course something quite glamorous but casual, which is eaten on a big oak table in a huge kitchen, with various friends and family chatting about the important issues of the day. It is a one dish affair, which in itself gives it an intellectual air. There will of course be wine, possibly in a jug or carafe, which will be served tumblers or hand blown wine glasses, picked up in Tuscany. There might also be artisan bread and a side salad – even if the dish doesn’t actually require it – there will always be salad – and water in a jug. There won’t be a starter or a pudding, but there might be chopped up fruit, or a slice of a cake someone made at the weekend, but never a proper pudding as that would turn it into – oh yes you’ve guessed it – dinner.

Dinner in the evening is a far more formal affair involving eating out, or at home but with effort. It means a starter, a thoughtful main course, served in dishes on the table and a pudding. It should involve one, if not more recipes from the popular chef of the moment – ‘it’s really easy, it’s Ottolenghi” – or  ‘it couldnt have been simpler, its from the Donna Hay magazine’.

If you are really dedicated and possibly a little bit elitist, you can explain how long the dish took and how many ingredients had to be sourced from far flung ethnic shops in deepest Hackney, but an air of effortless culinary skill is preferable. The fact that dinner involved a huge supermarket delivery, where half the effortless Ottolenghi ingredients were missing, followed by three emergency dashes to the local shops, a visit to the flower shop and possibly even Ikea for tea lights, must never be revealed.

Dinner is formal affair which must appear casual, but show how cultured, stylish and accomplished you really are. But we all know it really means you have spent the whole sodding day marinating quails while screaming at your family, made them go shopping for saffron – ‘yes they do sell it in Salisbury’s Local, go back and actually look‘ – and cried over a Crème brûlée.

And this dear readers, is what makes us really appreciate being invited round to dinner.

I really must learn to use the term ‘Supper’!!