We were a bit slow mentioning the last limited edition London Blooms Jo Malone perfume launch and by the time we did, some of the good ones had sold out…so we’re just letting you know that the next one is imminent.

Velvet Rose & Oud, launched in June, is from the limited edition Cologne Intense range, slightly pricier than the lighter day colognes at £95 (expensive ingredients are added and it’s a heavier percentage of perfume in the mix) but definitely one for the perfume buff. Oud is a perfume ingredient having a bit of a ‘moment”, it’s smokey, oriental and heavy, and when combined with heady damask rose it has a really spicy exotic flavour.  It’s right up my street, (but I really like intense, grown up smells) but is a very ‘ sultry nights’ type smell. It also smells more wintery to me, but whatever.

As I write this the weather is blistering and what I really want to wear is something much lighter and more gentle in the heat. Something like Blackberry & Bay, in fact, the next big Jo Malone London main range addition which both Jane and I really loved from the first sniff. It is fresh with black currenty, grapefruity notes, really pretty and uplifting, but kept from being too girly by the green note addition of the more aromatic bay leaf, there’s also vetiver in there. Absolutely lovely, along the lines of the Lime, Basil and Mandarin you may already know from the collection. As it’s main range, this shouldn’t sell out quite so fast. and launches in September.

BTW you might like to pop into the new Covent Garden flagship store, just opened in King Street, which is a gorgeous place….we’d quite like to move in…. 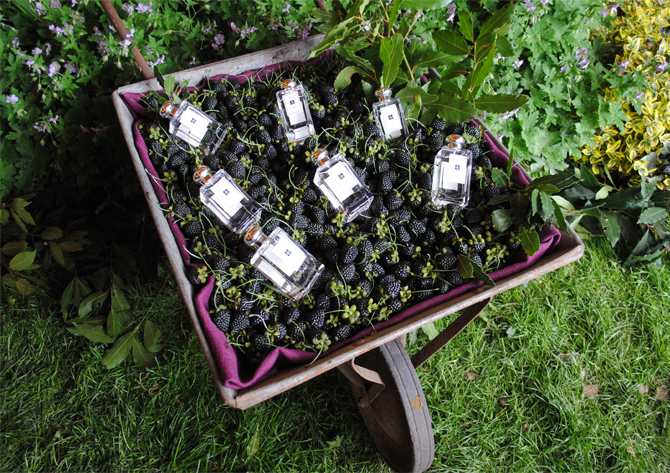 the press launch featured lovely displays for Blackberry & Bay, including this wheelbarrow full of berries

It seems a little early to be talking about Christmas presents, but one can never be too organized and it can take time to find original and interesting presents. So it’s worth taking a look at CultureLabel.com, a new website…