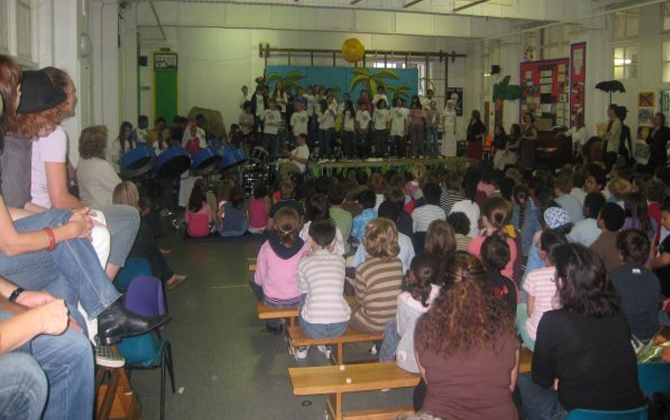 Yesterday at 8.25am there was a knock on the door, just as there has been every day during term time for the last seven years. Since teen son started secondary school, he (then his sister) has walked to school with friends he’s known since reception class. But as they have both now officially left school for ever (apart from exams) – one to do a foundation course and the other to go to a sixth form which requires a bus and train journey –  there will be no more cosy chats with old friends to start the day. They are a little bit sad and very excited about moving onto the next stages in their lives, which is as it should be, but as usual with any new phase, it’s me who isn’t quite ready for it.

Having always worked freelance or part time, I’ve been lucky enough to be able to play an active part in their school lives and it’s been a joy. Since the first day at primary school, it has opened my eyes to the lives of others and encouraged me to become an active member of my local community. In the early years we enjoyed international evenings and assemblies celebrating the many diverse cultures of the pupils. There were Summer and Winter Fairs, quizzes, parties, concerts and plays, as well as non competitive sports days (thank God) where everyone was a winner! We went on school trips all over London, taking thirty kids (some who had never been out of Hackney) on every form of public transport – believe me, anyone who ever questioned teachers salaries, should do this – there is nothing as stressful as the thought of leaving a six year old on a tube.  And finally at the end of it all, there were leavers concerts, assemblies, discos and camping trips by the sea that would have made Enid Blyton proud!!

Of course there were inevitable anxieties about friendship groups and worries about whether they were learning enough. There were also nightmare scenarios like when I forgot I’d agreed to make 20 animal costumes and had a freelance deadline, and the school trip when a poor little girl threw up on the bus  – all over me! But for the most part, I can honestly say I loved the primary school years and all they involved.

The transition from primary to secondary school is by far the biggest change for both parent and child, as the day to day involvement you have enjoyed with the teachers, other parents and children, more or less stops overnight. Apart from parents night or the occasional concert or play, there isn’t much need for interaction and by the time they reach sixth form it’s down to virtually zero. Over the years I have enjoyed getting to know the kids and chatting to their parents, many who I would never have had the chance to get to know had we not met in the playground. The connections you make when your kids are young, stay with you for years and lots of the people I used to hang out with in the sand pit 16 years ago, are now firm friends.

Younger friends with pre-school children often ask me about schools in London, particularly Hackney and I always tell them, that we couldn’t have been happier.  Hopefully (everything crossed!) they have done reasonably well academically, but they have had an education beyond that, which for me, is just as important.  They have made lovely friends, been part of an amazing community and have learnt how to be open minded, tolerant, creative, independent thinkers who are not afraid to stick up for what they believe in. And these are lessons that will last forever –  for them and for me!

When Amanda and I were out and about ‘doing Christmas’ at press shows this week, we came across the rather fabulous celebrity hairdresser Mark…