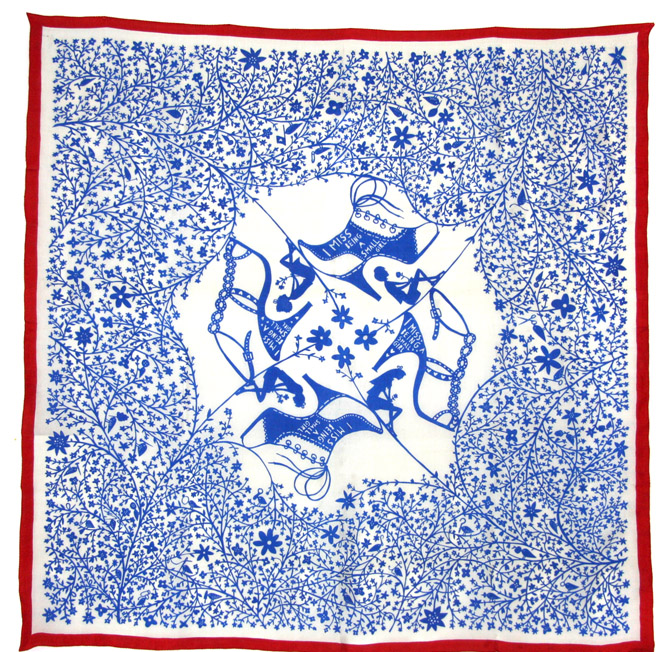 Rob Ryan’s designs are irresistible to us, the craftsmanship in his paper-cut shapes and the charm in the little stories he tells through the pictures are wonderful. For the last three years he has been collaborating with the award winning ethical and fair trade company NV London Calcutta to produce limited edition scarves (just 100 have been made) hand made by craftspeople in India. This one, called Small Girl, nods at the Jubilee/Olympic celebrations with its red white and blue colouring.

NV London Calcutta, started in 2009 by Naomi Cornelius-Reid, strives to make product  in India where workers are offered a proper wage and good conditions and introduces western retailers to a more socially just and reliable supply chain in a country known to be often non-transparent in such details. The company has won a number of awards for its work and now retails around the globe as well as on notonthehighstreet.com and NVlondoncalcutta.com. it also has recently been working with The Cowshed to produce bespoke products for the spa chain.

The new scarf features robins, trinkets and a small girl sitting amongst shoes, with the words ‘I miss being a small girl’ etched in Ryan’s familiar paper-cut style. The scarf is 100% hand rolled, hand printed silk, 90cms square and comes in a lovely box, with certificate signed by Rob. It costs £105 and would be a perfect ‘thank you’ present if you are crashing a friend’s house during the Olympics (and no, I don’t mean me, but if you were wondering what to buy I wouldn’t say no…….). Also available at the Rob Ryan store on Columbia Road. 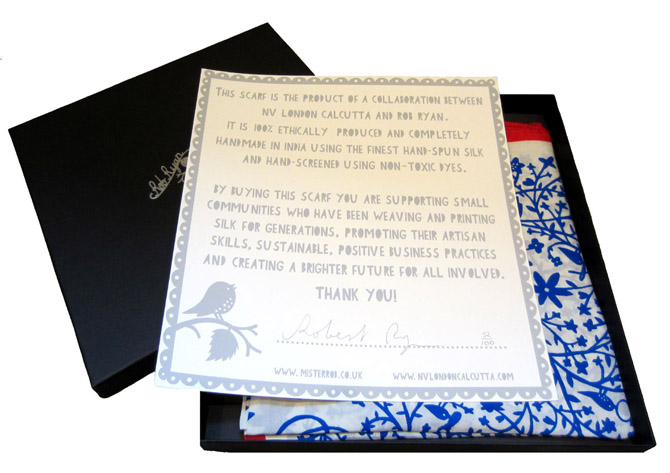 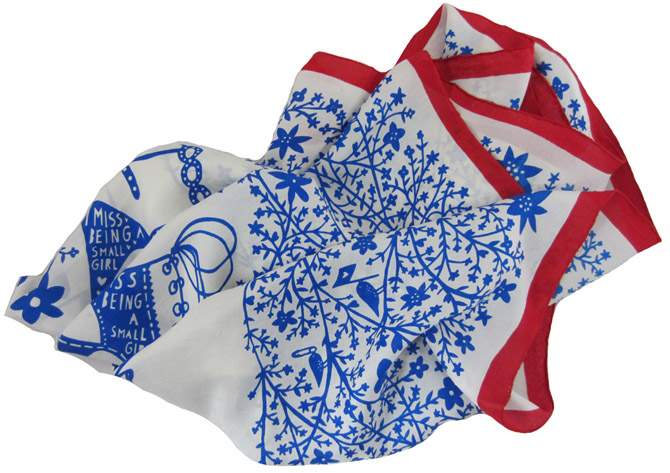