I recently went along to launch of the Swarovski and Diana Vreeland Legacy collection of jewellery, where Vreeland’s grandson Alexander talked to Justine Picadie about his grandmother. The launch is timed to coincide with the release of  The Eye has to Travel – a documentary produced by Alexander’s wife, Lisa Immordino, about Diana’s life. Inspired by Vreeland’s love of proportion and colour and individual sense of style, the collection is both bold and glamorous.

“What I remember about my grandmother really clearly is the proportion of her jewellery. She wore big jewellery: large cuffs and different kinds of crosses. We worked with Tiffany Hargraves who worked at Chanel for several years, so had a really good sense of the proportions that reflected my grandmother’s sensibility and a taste that would speak to new generations.

Alexander offered many insights into life with such a legnedary grandmother.

“She always wanted to hear what people had to say. She wasn’t critical or judgemental. She empowered  and encouraged everyone she worked with. She always had a very dominant voice – but being in the office was a lot of fun, if not a little dramatic as fashion magazine offices often are. I met photographers and models at the very start of their careers, like David Bailey and Twiggy – they were always very nice to me.”

The best piece of advice his grandmother ever gave him?

“Surround yourself by beauty and people who you care about, but more than anything; that anything is possible.”

Diana Vreeland was in an inspiration in many ways, but not least because of her long career in a industry not known for embracing older women. Starting as a fashion journalist in her 30’s, Vreeland edited Harpers Bazaar until she was 58, American Vogue until she was 59, and was curator of the Metropolitan Museum Costume Institute until she was 81, when she left to write her autobiography.

My favourite Vreeland quote – “The two greatest mannequins of the century were Gertrude Stein and Edith Sitwell- unquestionably. You just couldn’t take a bad picture of those two old girls.”

The Eye has to Travel is realeased in September. 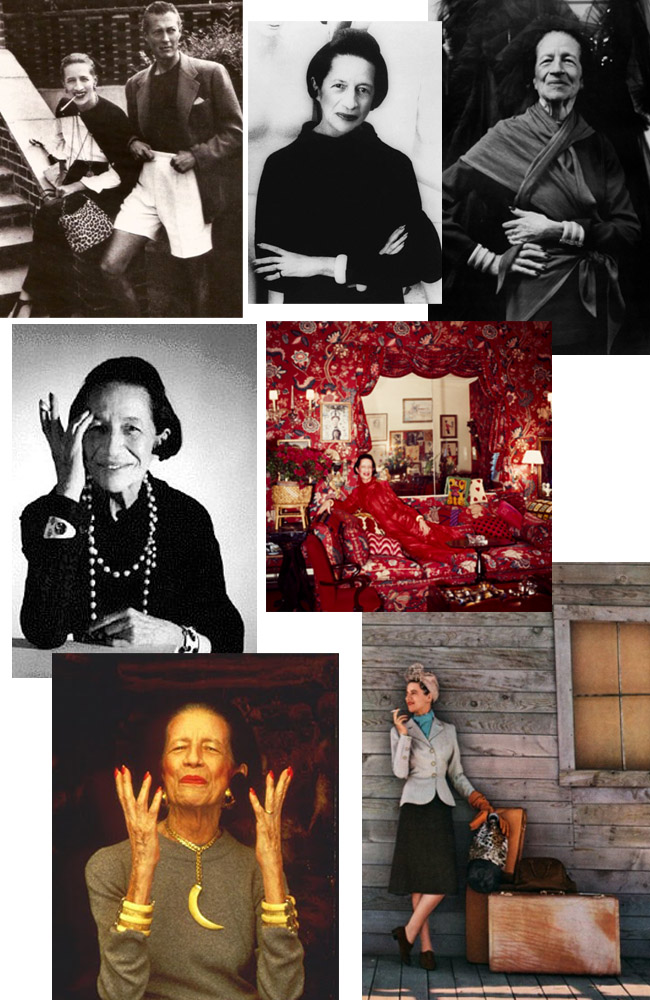 This weekend, Oxford Street, the Bond Streets (Old and New) and Regent Street are traffic free…something you might appreciate if you are a London…