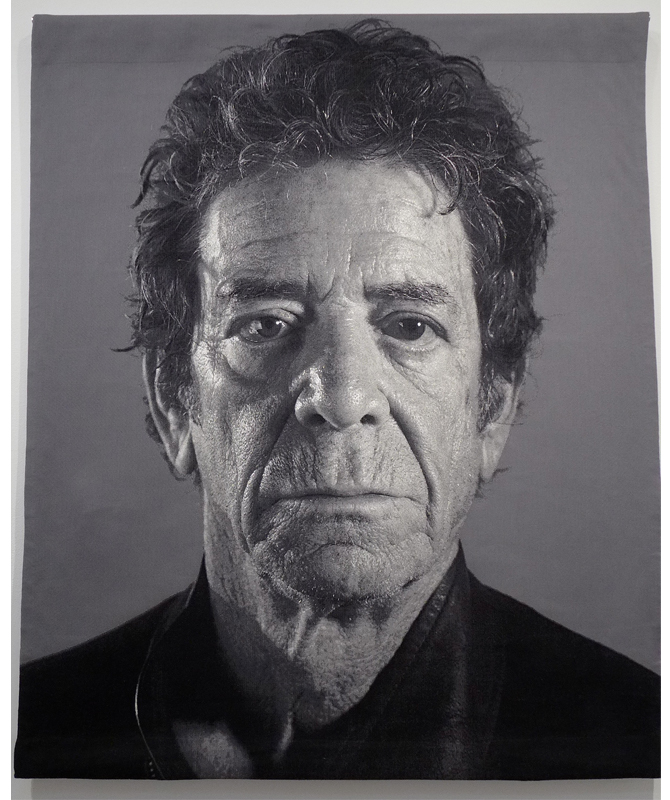 I’m not sure Jane and I would put ourselves forward as expert art critics, but we recognise a trend when we see one and tapestry is definitely having a ‘moment’ in art. Grayson Perry recently produced six beautiful tapestries for The Vanity of Small Differences show at the Victoria Miro gallery, which accompanied his BBC programme exploring class and taste.

While in New York last week I saw Chuck Close’s just-opened exhibition at the Pace Gallery, which features three tapestries including this breathtakingly detailed one of Lou Reed. You had to get up really close to realise it WAS a tapestry, the only give away was the velvety-depth of the black and the way the surface absorbed the light. It was mesmerising 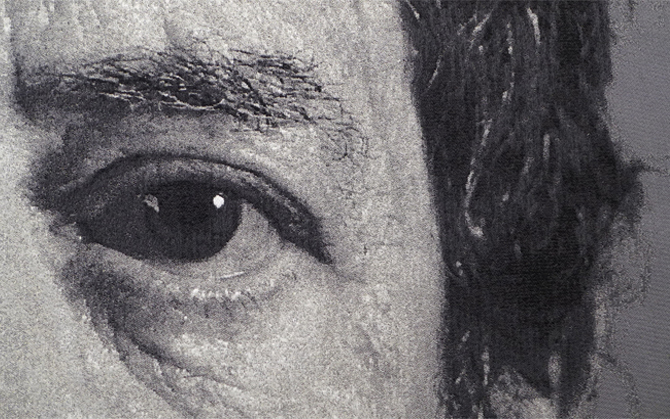 That wasn’t all in terms of wow factor from Mr Close either. His felt stamp pictures were grids of layered colour circles stamped in orderly squares when viewed close up, but when you stood back they became complex portraits. How he gets the perfect colour combination and layering, heaven knows, but the effect is ravishing and makes you think -as all the best ideas do- perhaps I could do this at home? I doubt it, don’t you? Looks easy doesn’t it? All the clever ideas look simple till you try. 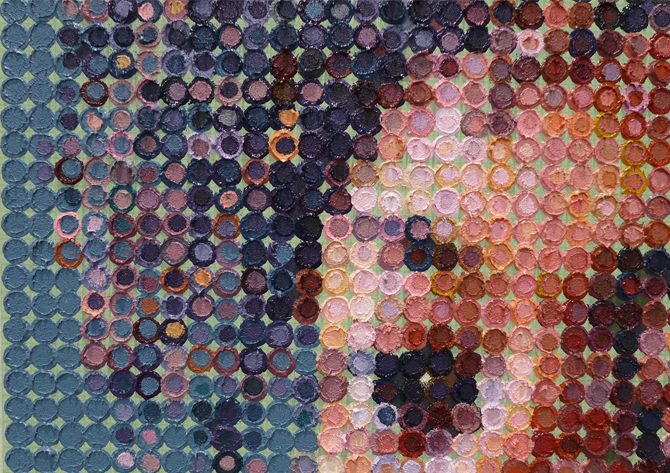 For those of you not familiar with Chuck Close, he’s a portrait artist first known for amazing, large scale photo realism work. Then he had a spinal collapse that left him paralysed and wheelchair bound, but he fought back to continue to paint, changing technique to accommodate his restricted movement. His work is built up of hundreds of grids that he colours in a manner that when you see them close up you wonder how it’ll all hang toether as a picture, then you step back and everything magically falls into place 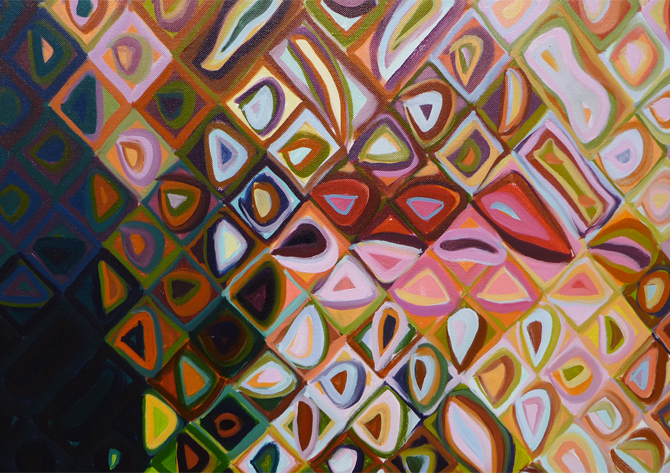 If you are visiting or live in New York, try and see this exhibition, it’s a total gem, at The Pace Gallery

Anyone with nothing much to do on Friday and Saturday this week (16th and 17th June) should come find TWR at Portobello Market, where…