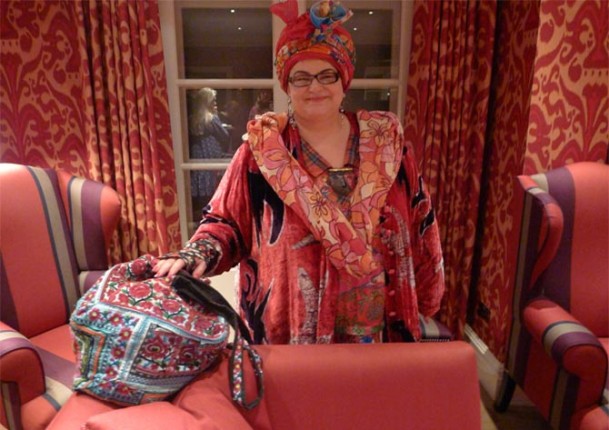 Our official charity is Kids Company, run by Camilla Batmanghelidjh, which now gains from my Give as you Live link

As you reach for the mouse to do all your Christmas shopping this year (internet shopping is about the only growth area in retail right now) can we suggest you download the Give as you Live charity donation idea? It’s a really simple, really clever notion, you just download the link from the Give as you Live website, pick your favourite charity, and then when you buy anything on line from the 2000 stores that are linked to the scheme (including lots of the ones I use, even tax-avoiding Amazon) the store donates a small percentage (from 3% to around 10% depending on how charitable the retailer is) of the price to your charity.  You don’t pay any more, it’s the retailer who donates.

Our official charity here at The Women’s Room is Kids Company, led by the inspiring Camilla Batmanghelidjh, who we met last year (read here). I have downloaded the scheme onto my laptop (you can use it via your internet broswer on smart phones or tablets too) and now every time I buy something on line, I shall look to see who is part of the scheme and try and buy from them. That way Kids Company gets a donation every time I shop. It works with some supermarkets too, so if you buy your weekly shop on line it’s a terrific way to give.

The company hopes to bring an app out soon too, which will be easier still for phone purchasing. You can keep a track of how much you’ve raised, If you are a retailer reading this and you want to join the scheme, check the details here. I think this is such a clever idea, the company behind Give as you Live is the award winning Everyclick, so far the Give as you Live project has raised over £3 million for UK charities, which is admirable.

This is a sponsored post, by Give as you Live and like last year, we’re giving the proceeds to Kids Company

I am a bit late to the party that is the Beauty Bible organisation that Josephine Fairley and Sarah Stacey have run for the last 15 years (that’s how long they’ve been working together). When we received a copy of…