How did I not know about Sweet Paul until now?

An online and printed lifestyle magazine created as a spin off of Paul Lowe’s hugely successful blog, Sweet Paul is a must for anyone looking to  “make simple, elegant meals and stylishly easy crafts for the home.”

Paul was raised in Oslo, Norway by his great aunt and grandmother and has been obsessed with cooking, crafting and decorating since he was a little boy. Although his aunt and grandmother were excellent cooks and crafters with impeccable taste, they were not perfectionists and their cakes and craft projects tended to be a little lopsided! Paul adopted his grandmother’s motto, “fullkommenhet er kjedelig…” which means “perfection is boring,” and has incorporated it and her sheer joy of creating into everything he does.

In 2007, Paul was living in New York City as a successful craft and food stylist. He started Sweet Paul as a blog to highlight the work he was producing for clients and expanded his postings to include new content featuring: food and crafts filtered through the lens of his stylist’s eye. The blog went from strength to strength, generating around 200,000 hits a month and eventually lead to the creation of his online magazine in October 2012.

Like a jolly, male, more likeable Martha Stewart , Paul says he is continually “chasing the sweet things in life.” 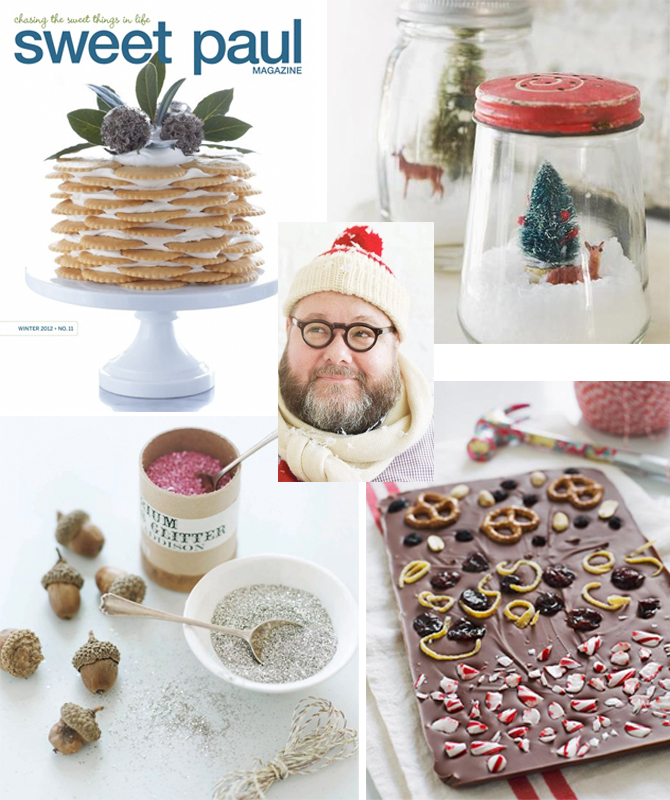 Just when we thought we couldn’t take another fabulous food/lifestyle blog (sometimes all that perfection gets a little wearing!), I came across The Forest…