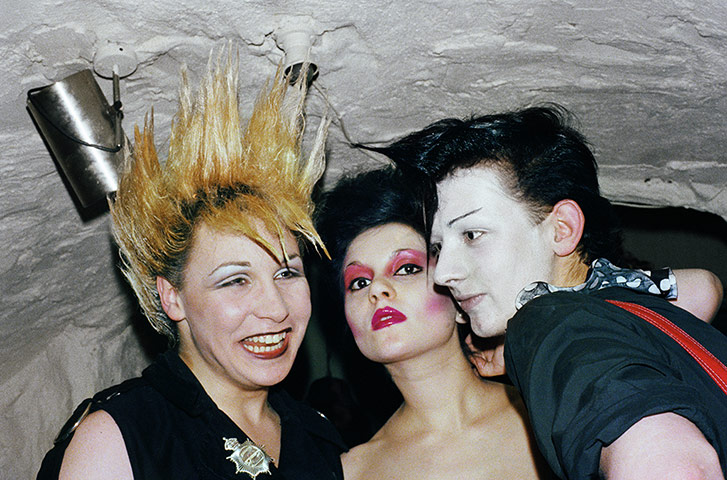 1978 was a good year for being a suburban art student and wannabe weirdo. Disillusioned with punk, a new breed of creatives commandeered unused seedy clubs and staged one nighters, featuring home made theatrical outfits and alternative music.

Billy’s, a grotty underground nightclub, beneath a brothel in Soho, lead the way. Tuesday nights saw the birth of a new London club scene which was all about expressing yourself through clothes, make up and hair – whatever your sex. Started by Steve Strange and Rusty Egan, Bowie Nights: A Club for Heroes, featured music from The Normal, Kraftwerk, Sylvester, Roxy Music and of course Bowie. The club didn’t last long due to its popularity and Egan and Strange moved the night to a bigger venue in Covent Garden, which became the infamous Blitz Club. Regulars such as Boy George, Marilyn, DJ Jeremy Healy, Simone Le Bon, Siobhan Fahey and Princess Julia went onto influence music and fashion for the rest of the 80’s and beyond.

Bowie Nights at Billy’s Club, London, 1978, is showing at the Sadie Coles gallery from January the 25th and features an archive of photographs by British artist Nicola Tyson. Tyson was an 18-year-old student at Chelsea School of Art, who attended the very first Bowie night in 1978. She took photographs of cool people at the club (long before street-style existed) and brought the pictures back the next week to sell for beer money.

This is one to see, if like me, you still hanker for the days when a night out meant a tube of stripey jersey, an afternoon on the over-locker and a lot of hairspray!

We are big fans of illustrator and Fashion Designer, Niki Groom, AKA Miss Magpie Fashion Spy ‘s work. Her unique illustrative style and ability to capture…