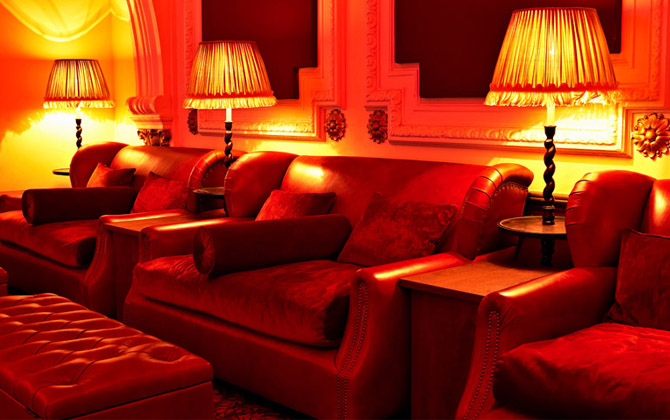 The back row at The Electric

I don’t know about you, but my days of celebrating Valentines day are long gone. What was once a really important event (remember how excited/nervous you would get as a teenager, when the post man arrived) has turned into a cringey, commercial, almost embarrassing night, when a meal in a dimly lit restaurant filled with tables for two, is to be avoided at all costs. And anyway almost everyone I know is either single, or has been married for years and CBA with it all – call me cynical, but most people really don’t need a designated day to be “romantic”.

If you do fancy making a bit of an effort and don’t feel the need to gaze into each other’s eyes all night, maybe a trip to the cinema is the answer. Back in the day, when the kids were little, if MAD and I had a babysitter, we would never go and see a film, as it was A. wasting valuable, drinking, chatting, socialising time and B. wasn’t a very  pleasant experience.

Our local cinemas included the Odeon on Holloway Road (grim), the Vue multi plex (Croydon town centre) and the Screen on the Green. The SOTG is an Islington institution most famous for hosting a 1976 gig featuring the Buzzcocks and the Clash (in their first proper London gig) opening for the Sex Pistols and has always shown great films, but used to be  a bit of a flea pit. That was until it was taken over by the Everyman chain and became more than a little inspired by the most luxurious cinema in London, The Electric.

Squashy sofas at The Screen on the Green

Until recently, only the good people of Notting Hill could experience the ultimate film going experience – big squashy sofas and armchairs, tasty snacks and wine or soft drinks, served in your seats before the film starts. Now  a trip to the cinema is a proper night out and if the film is rubbish, its possible to nod off in comfort.

The Everyman has a good selection of films and branches all over London and a few out of town (Leeds opens in Spring 20130) and although it’s a bit more expensive than the usual multiplex, its well worth it for the luxury – a bit like club class cinema.

If you are feeling very generous/romantic, you could even treat your partner to a membership (which you would benefit from too) which means you can get tickets at members prices, receive a weekly email, bi-monthly magazine, preferential invitations and discounted tickets to  screenings, festivals and events, and exclusive cinema food and drink off.

Just occasionally when you attend London Fashion Week, you come across clothes that could slip right into your wardrobe that day, which you could…