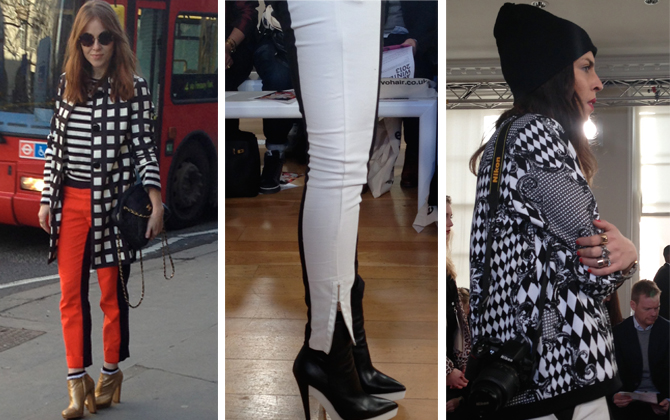 So London Fashion week is nearly over bar the shouting and if I’m honest I’m ready to pull on a pair sweatpants and eat a boiled egg and soldiers.

It’s been a funny old season (Autumn/Winter 2013/14 since you’re asking) with little clear direction or trends and no overwhelming sense of excitement. Unless of course you count seeing Anna Wintour eat a shepherds pie (yes, it seems she does eat), spotting Ronnie Wood and his child bride outside the Jonathan Saunders show (when asked if liked the show, he replied “there were a lot of tits” – which indeed there were Ronnie!) and the appearance of Justin Timberlake at the Tom Ford show – sadly our invites to that one seem to have got lost in the post!.

The Somerset House courtyard, was at times more exciting than the catwalk, as the fashion students and style wannabes paraded for the streetstyle photographers and bloggers. The looks, both on and off the catwalk clearly divided into two camps, the sublime and the ridiculous, with some shows reminiscent of overly long, try hard, student shows. But more of that later in the week….

Here are a few of the looks that inspired, amused and quite frankly wore me out – it must take some people so long to get ready!

Beanies – were everywhere and according to my Dalston dwelling teens are “so over it’s not even funny” – not here, sweetie dhaling, they were everywhere!

Dungaree/bib n braces – don’t even go there, they only work on eight year olds and size eights, but doesn’t that girl in the black hat look amazing!

Orange, is a “thing,” and Susie Bubble looked fab in her various shades of jaffa. Again, more about orange later in the week. 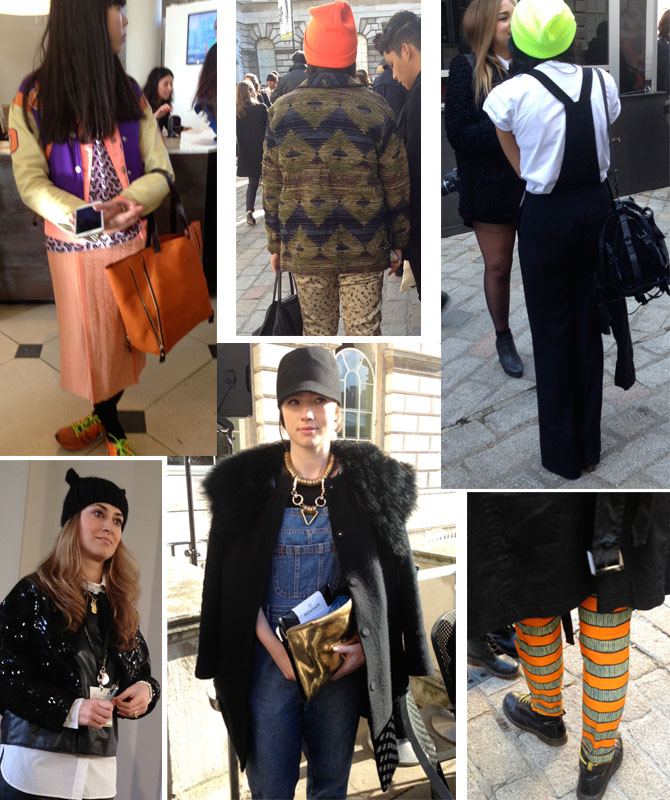 Black is back, big time, but it looked best mixed up with texture – fur, sequins and leather were the fabrics of choice.

Animal prints, neon, studs and coloured hair, were still very much in evidence but personally, I’m done with them – well I never actually started, but that’s not really the point! 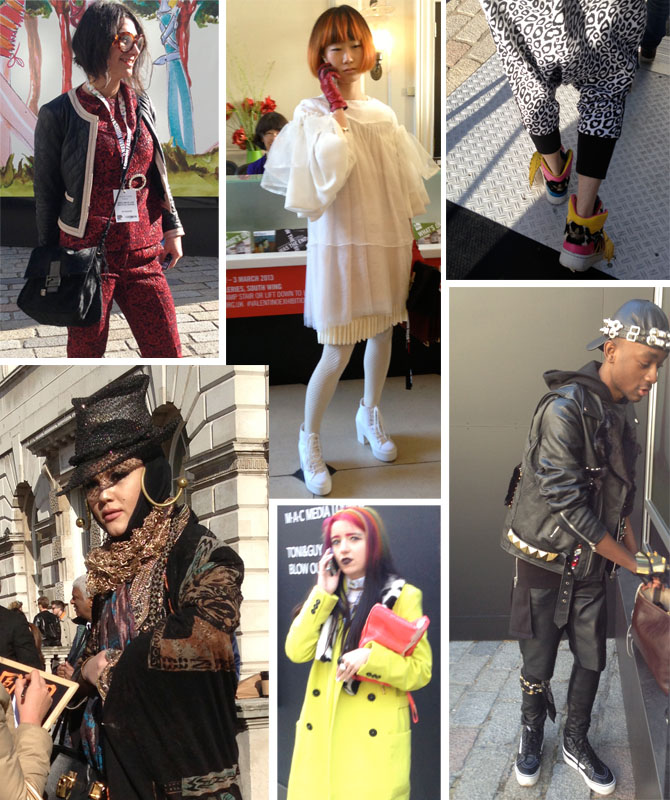 The women who truly inspired me, were of course the super stylish older women, whose confidence and well thought out looks, quite simply made some of the young uns look a little bit desperate. But we’ve all been there and part of growing up is trying things out and making mistakes and God knows I’m not one to judge – I’m still making them!

Animal print can sometimes look a bit Joan Collins (or worse Jackie) on an older woman, but not these two on the below left. Just the right amount of leopard looks contemporary, balanced with black and cream

And I just loved the subtle use of metallic on the right. 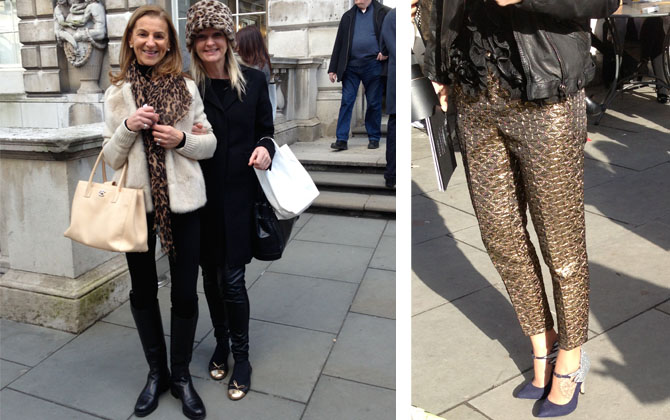 How to get animal print and metallics just right

If the fashion director of Vogue doesn’t look good, then there’s no hope for the rest of us, but Lucinda Chambers (who’s 52 btw) always looks amazing. In fact I love her style so much I’m in danger of turning into a stalker. I followed her around H&M recently lusting after her Marni bag – but don’t tell anyone!

She manages the effortly, stylish look perfectly and told us her outfit was from Joseph. I’m not sure which bit, but it all looked amazing.

The woman on the right also looked fab, in a slightly more scary way – but sometimes scary is good. 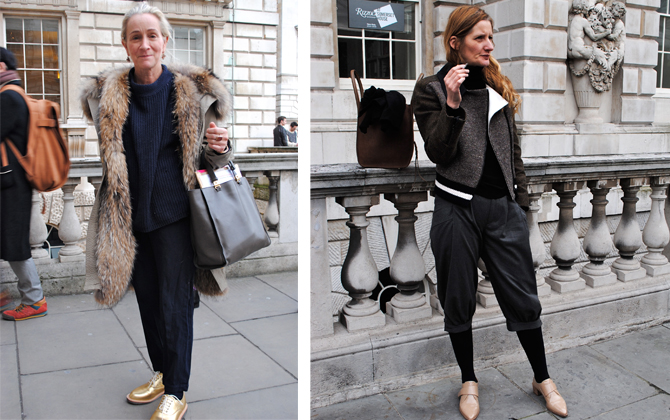 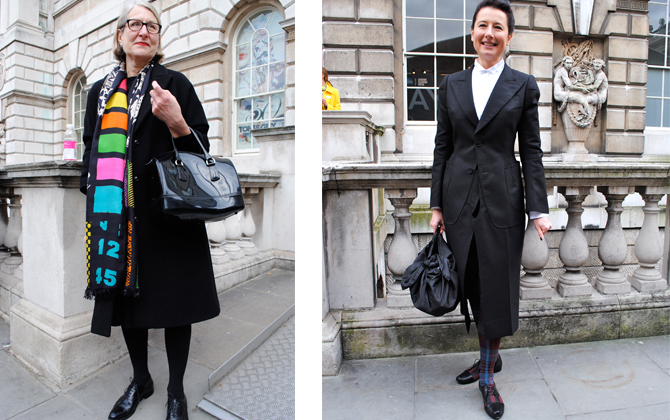 As you know, we are not usually up for sponsored posts, and if we do, we choose them very carefully – if at all….