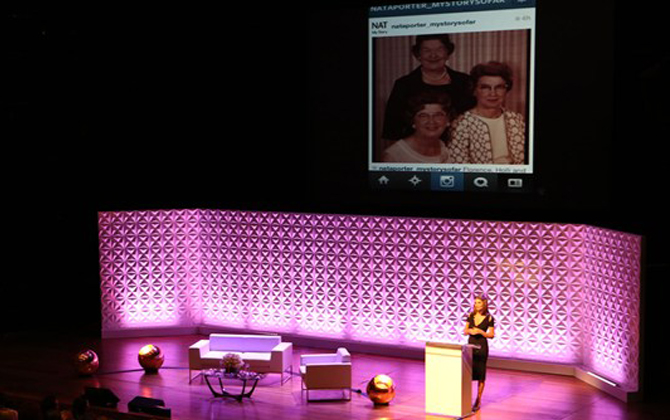 Natalie Massenet talks through her life via and Instagram feed

This weekend I spent some time at the Vogue festival on the Southbank. It promised to be an interesting two days with an impressive line up of speakers from the media and fashion industry.

The founder of Net-a-Porter Natalie Massenet was the first speaker I saw and started her talk by asking everyone to turn on their phones, as she would be talking through her life via an Instagram feed, nataporter_mystorysofar.

Full of wise words, emotional insights and inspiration Natalie is not only an amazing business woman, she’s clearly very engaging and extremely stylish. Here are a few of her insights.

– If you want success, be unique

– The harder you work, the luckier you get

– Sometimes it’s easier to get something big if you divide it into small amounts – I started by calling 30 people and asking them for £10,000 each

– Follow your instincts:I was told by a very respected American buyer that my first idea – to launch a range of luxury scented candles – would never work because nobody would ever spend more than a dollar on a candle. My other idea was a coffee bar chain. Eventually I realised I had to go with my instincts

– People ask me if it’s hard being an entrepreneur and a mother. it is.

– Plan the best you can and then jump in and go for it. Adapt as you go. That’s how progress happens

– Why walk when you can run

– Be nice to everyone because you will come across them again

– The only limits are the ones we put on ourselves

– Once you start a business you have to grow it and grow with it – starting a business is not just for Christmas.

She also recommended reading two books, the The Popcorn Report (which I read years ago, but plan to read again) and Creative Visualisation which looks at the art of using mental imagery and affirmation to produce positive changes in your life. ADR in an understated YSL hat!

Next up was a discussion about street style with Susie Bubble, Garance Doré and Anna Dello Russo, which was interesting but not ground breaking. As was the discussion with Christa D’Souza, Daisy Lowe, Patsy Kensit and David Gandy about weight.

ADR was amusing and didn’t take herself at all seriously, which was refreshing, Susie Bubble was intelligent and talked a lot of sense about the ethics of blogging, while Garance Doré came across as charming and creative. But the Too Fat, Too Thin conversation left me feeling frustrated and more than a little bit sad, as it felt like some of these women (Daisy Lowe excluded) were living in a time warp, where women essentially loathed themselves and spent far too much time focusing on what they look like.

I would have liked to hear a more honest, thought provoking conversation – but this was an event held by a big publishing company, who were were hardly likely to encourage a discussion about the huge part the mainstream media has to play in women’s attitudes to weight and self esteem.

Mainstream magazines increasingly feel like they are completely out of touch with what’s really happening in women’s lives and the feminist debate and online backlash doesn’t seem to have entered their radar. Reading about diets, how to achieve a “flawless” look and what celebrities are wearing on the beach, is not the way to make us feel good about ourselves internally – which is what all the panelists at the Too Fat, Too Thin talk, all agreed was important.

The Vogue Festival was a fun couple of days with some interesting speakers, but what was obviously an attempt to bring Vogue to the masses and extend the brand beyond just the magazine, felt like a missed opportunity to open up the conversation and enjoy some honest and game changing debates.

But maybe that’s what blogs are for? 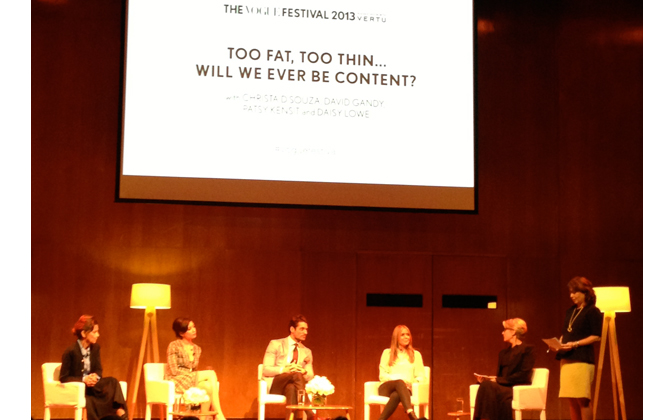 Even the title of this talk annoyed me!

Ever since we were old enough to live away from home we have appreciated how fresh flowers can cheer up even the dowdiest of places. Call us extravagant, but even in the poorest of times we have used our last…