I have to admit to spending a lot of time on Tuesday on the SCOS (more than the usual couple of hours? – I hear you ask), as I simply couldn’t stop trawling though the endless images of celebrity after celebrity getting it so wrong, style wise at Vogue’s annual Met Ball. As a work colleague so rightly said, ‘it’s the gift that keeps on giving,” and it did – all day.

The theme for the evening was punk, in keeping with the opening of the Met Museum’s latest exhibition, Punk: Chaos to Couture.

Never an easy look to get right, it seemed to throw even the most stylish of stars into a sartorial stress. The older women were the only ones who managed to pull it off. Vanessa Redgrave wisely ignored the Punk theme and looked stunning in a scarlet coat dress, while Vivienne Westwood wore voluminous tonal silk, accessorised with a very large badge with a picture of Bradley Manning and the word Truth.

She told Vogue “When I did punk all those years ago, it was about the same thing: Justice and trying to have a better world. I’ve got different methods nowadays.” The tabloids had a field day pointing out everyones flaws (mostly women’s I might add – nothing new there then) and while I might be accused of doing that with this post, I couldn’t help but compare Madonna to Hilary Devey. 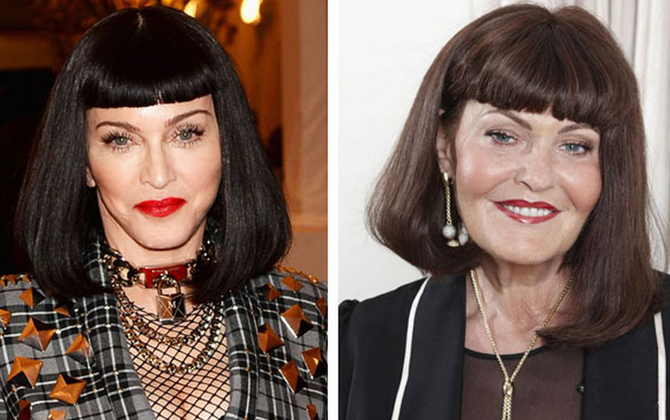 Even Robin Williams joined in by posting a picture of Kim Kardashian next to one of him as Mrs Doubtfire, saying “I think I wore it better’. Teen daughter is Kim’s no 1 fan and even she had to agree. 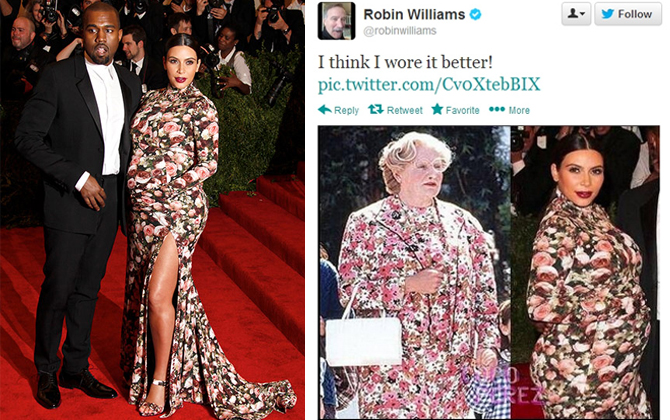 Perhaps this highlights the fact, that much as fashion editors and style commentators would like us to believe otherwise, the whole point of punk was not about fashion. That came later, when commerciality moved in.

Punk was about music and attitude and doing something new. It was about making a band in your garage with the other weirdos in your suburb, village, city and it didn’t matter if you could sing or play an instrument. The point was to make a statement with music and a rebellious look, which was created out of random secondhand and hand made stuff. It wasn’t designed or bought from a shop and it certainly wasn’t anything to do with mainstream fashion – couture or other wise.

Punk was about being individual and unique and rejecting normality – and maybe that’s the reason so many of the cookie cutter manufactured celebrities got it so, so wrong?

I talked about the benefits of pore minimiser back in 2010 when I discovered Benefit’s Pore Professional in New York. Not one to gush…