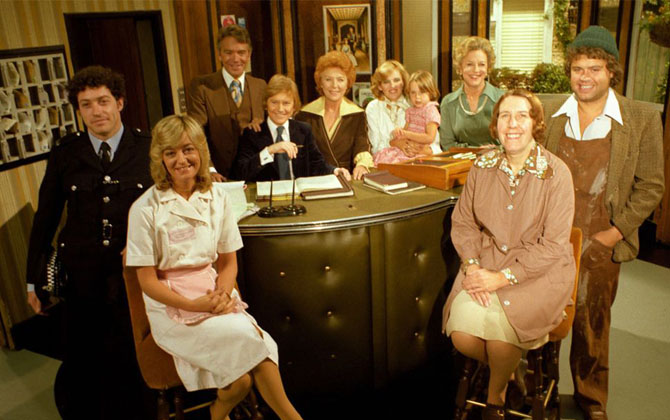 The cast of Crossroads

Soaps have always been part of my life. Back in the 70’s I was a huge fan of the ridiculously camp Crossroads, set in a Birmingham motel, (Alan Partridge would have been a regular) and I watched Brookside religiously for many years. It saw me through my college years and at its peak – remember the first tv lesbian kiss and Trevor Jordache under the patio? –  in the early 90’s, was attracting huge audiences for its gritty, hard hitting, topical storylines.

Many people can be scathing of soaps, dismissing them as trivial and low brow, but they are usually the ones who have never watched a single episode. Soaps can tackle controversial subjects in a way that resonates and can open up conversations in a human and very real way. They can also offer an escape for half an hour into the lives complex and often hilarious characters 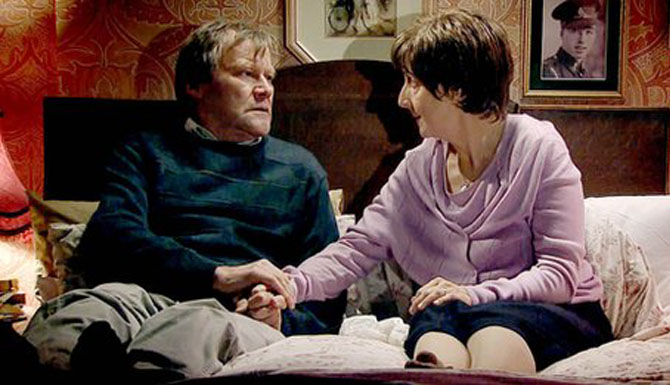 My parents have been Coronation Street fans since its inception back in 1961 and never miss an episode. I have dipped in an out over the years, giving it up for Eastenders for a while in the 90’s as teen daughter and I made watching it our “thing”, and many a time we managed to talk around an awkward subject based on what the characters were going through.

For me Corrie is the cleverest of them all and in recent months I have come back to loving it with a passion. Clever, sensitive story lines, believable characters of every age and more than a touch of camp Northern humour, mean it’s as relevant now, as it was back in the days of Elsie Tanner and Uncle Albert Tatlock.

The most recent storyline featuring long running character, transexual Haley Cropper and her battle with pancreatic cancer, illustrates how soaps can impact on serious subjects. Married to socially awkward, nerdy cafe owner Roy, their relationship has been portrayed affectionately over the years and Haley’s diagnosis has been a lingering storyline for some months.

Her decision to take her own life at the end of her illness, rather than descend into a drug fuelled stupor, was handled sensitively and had critics  singing it’s praises. The Independent’s Ellen E Jones said the issue was explored “without compromising the emotional truth of two much-loved characters,” adding Hayley’s “decision to die looked neither easy nor unambiguously noble”.

For me, there is no high brow or low brow, just stuff you like, or don’t. Be it the side column of shame, heavy literary tomes, BBC 4 documentaries or thrice weekly soaps, it’s all relevant and interesting and those who scoff are simply unsure of their themselves and don’t know what they’re missing!

In it’s second year, Best of Britannia is a showcase for the increasing number of people who make things in the UK. Be it…