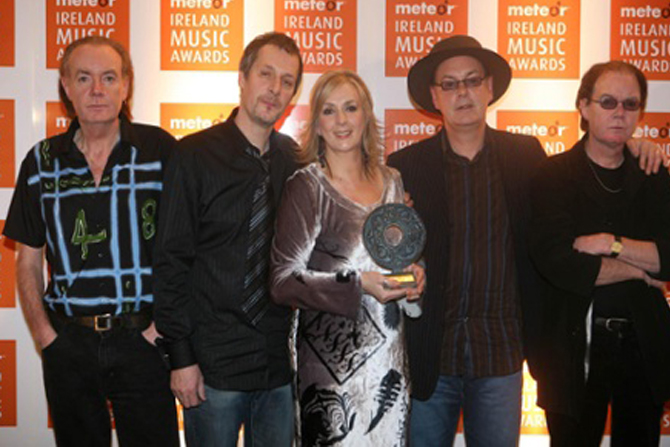 Oh my goodness, the Folk Industry makes it hard for any self respecting fashion girl to love it.

Last night through the magic of BBC scheduling, the Radio Two Folk Awards were on TV at the same time as The Brits, meaning we could hop between the two and through the prism of such peripatetic viewing, see just how badly dressed the Folk Awards are next to its sparkly, shiny and altogether much more fabulous sister, The Brits. Yes I KNOW it’s the music that counts and I love both pop and folk, but sometimes it’s quite hard, almost embarrassing to say out loud that you like folk music when many of those involved look like they last bought their jeans in 1976.

And jeans at an award ceremony!…Acceptable if you are Pharrell and wearing this season’s Junya Watanabe’s patched plaid ones, not if you are in Florence & Fred circa 2004 (and no, that doesn’t count as vintage).

Honestly Folk, I love you loads, but this was an award ceremony on National TV, you would have thought at the very least some of the male performers might have thought about a tailored jacket, and perhaps a hair cut. I don’t want you to go all cool and polished on me, but i’d really like to be able to admit to liking you without feeling apologetic because visually, you’re stuck in the 70s and not in a ‘current hot trend’ way

We may ridicule The Brits for its over commercialisation and excessive pyrotechnics, but at least everyone makes a bit of an effort. Where The Brits had Kate Moss looking cracking in David Bowie’s original Ziggy Stardust Rabbit costume, The Folk Awards had Morris dancers. The Brits got Prince, Folk got Tony Christie (famous for singing Is This The Way To Amarillo). Could the BBC give it a bit more guest-budget next year perhaps? Thank goodness for Jarvis Cocker turning up at the end to add a touch of style.

Folk music is going through a big revival, but if this is Folk’s ‘party of the year’, no self respecting young person or even a mildly connected middle aged one is going to own up to liking the genre. I think, Folk, it might be time to consider a stylist. And maybe an iron. And possibly the following….

1) Folk men are often seen in XL sized untucked patterned shirts worn over jeans. Perfectly acceptable day wear for composing songs, not for performing under the laser focus of a TV camera and those unforgiving lights. Invest in the slimming cut of a good jacket. Can I recommend the very good Hammond & Co by Patrick Grant? Not too expensive and with Savile Row (tradition is at the heart of Folk, remember) associations.

2) Hawaiian printed and ‘jolly coloured’ shirts are just always a NO. Always. And go careful with the rhinestones. It may look good for Country in Nashville, but  even Folk god Martin Carthy couldn’t pull off a sparkly paisley pattern on his shirt (although at least it was new, we know because he proudly told us, like it didn’t happen that often). Instead, think Liberty print  shirts -yes they’re expensive but once again can I remind you it’s National TV people! Your picture, if you win, will be forever available digitally, do you want to swim around cyberspace looking like you’re off to drain the radiators?

3) Folk men could consider breaking out of their ‘just got back from the pub’ genre of dressing, Heritage is having a bit of a moment in style terms, which is perfect for Folk. Think checked shirts, workers jackets and triple welt welt brogues, just head to Toast for Men which looks like it was designed with you guys in mind and see what I mean. Also there’s a sale on currently if you’re quick.

4) Take a leaf out of the super inspiring young Folk people’s books and perhaps think about going ‘smart’. The amazingly talented Greg Russell and Ciaran Algar won the Horizon Award (last year they won the Young Folk Award) and Ciaran admitted he’d invested in new tailored trousers to match his single breasted jacket he wore last year. He looked fab and he has not yet left school, young people understand the value of looking good.

5) Folk women, please at least talk to each other and decide on a cohesive look prior to performing. Naming no names, but one award winning group had variations on a theme that ranged from ‘just popping out for a coffee’ to ‘full blown long twinkly evening gown’. All nice, but perhaps not at the same time? On the other side, we’re looking at Beyonce…just sayin’.

This is tough talk, but it comes from the heart of a folk lover. I want to be proud of saying I love folk and in the modern world that does mean some attention must be paid to the way it looks. It does not reduce the passion, meaning or quality of the songs if you turn up wearing nicer clothes. It just means more people may pay attention, so please Folk, perhaps before next year’s awards, think about the clothes?

There are easily a dozen paintings in Victoria Miro’s latest sensational show Surface Work that I wanted to smuggle home. Over 50 female abstract…