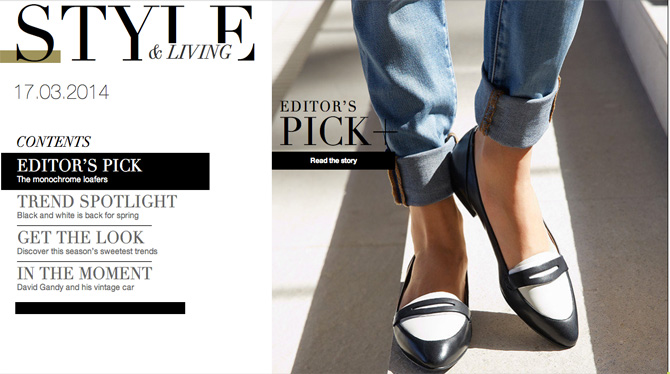 I’m just checking you’ve all noticed that M&S has upped its game with a new editorial website design. It soft launched during Fashion Week, shortly after its impressive static show -we wrote about that here – and I have to say, I really like it.

Now, before you all rush over expecting an all singing and dancing layout bursting with new ideas, I would just say that there is almost nothing new about the site’s magazine-style concept,  Style & Living, but it is set out with a clearer and better edited viewpoint than we’ve been used to. M&S hired Nicola Copping, who wrote about fashion for The Times and The FT, so the writing is sharper and content more engaging.

The idea of taking us consumers into the product via an editorial content page is hardly new, it’s just taken M&S a while to catch up. The brand’s research figures claim that as customers, 40% of us are shopping for outfits rather than single items, so styling help has been improved and 24% of us are more likely to buy something if we’ve read an editorial feature first. I’m also pretty sure that sales will go up because we can all now actually find stuff.

Many of the images are better and are on average 50% bigger, I am very taken with the daily Editors Picks, which make it much easier to actually see what M&S has, such as this lovely gold quilted jacket, below, or the monochrome penny loafer flats above (refreshingly simply styled, another plus.)  There’s still some work to do on navigating, it’s easy to get lost and hard to remember where you saw something previously (and don’t get me started on the search button) but it’s a whole lot better than before. 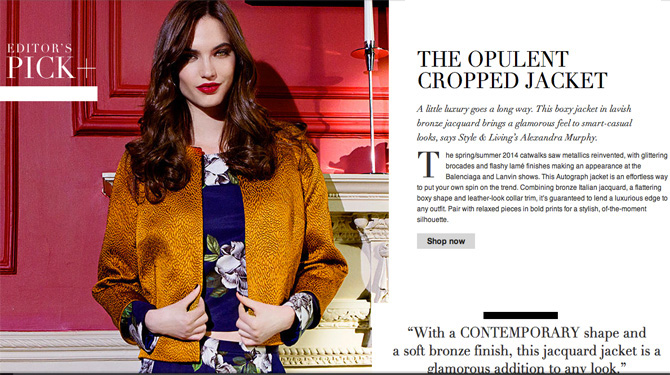 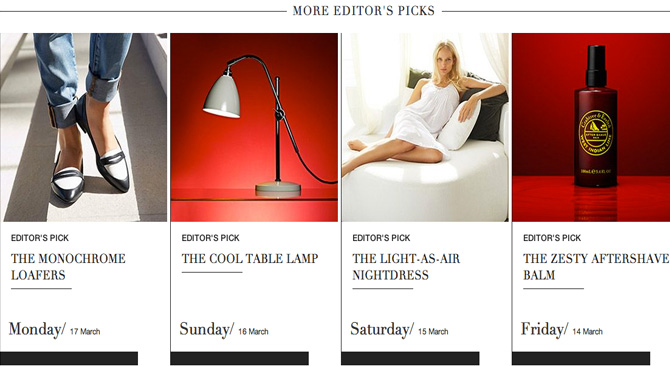 This single-item-focuss on the good stuff means we don’t have to work so hard to find things of interest, including this spring duster-style jacquard coat below. 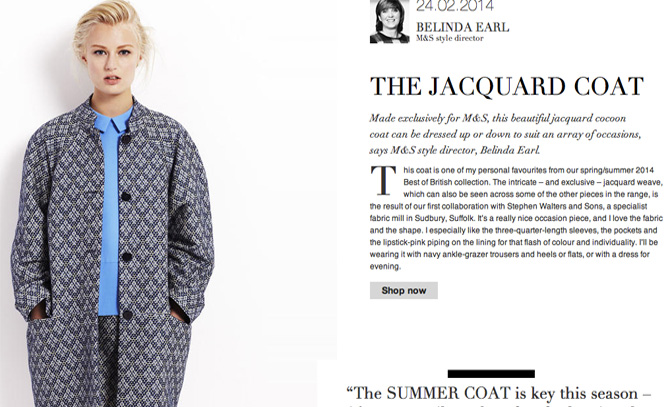 There’s still a away to go before we get next day delivery (mid June apparently) and it’s easy to get confused navigating within each section, but it is a BIG improvement on before and our insider connections say this is just the start of making the whole website experience better. Keep it up M&S, now if someone could just make it easier to find our way to the nice stuff in store, things really would be on the up.

(Top sock in ‘Nordic print’ cashmere is £30, bottom sock in Fairisle Shetland is £20) While out at press days recently, I was much taken by the great line of socks produced by UK manufacturer Pantherella (who also make the…