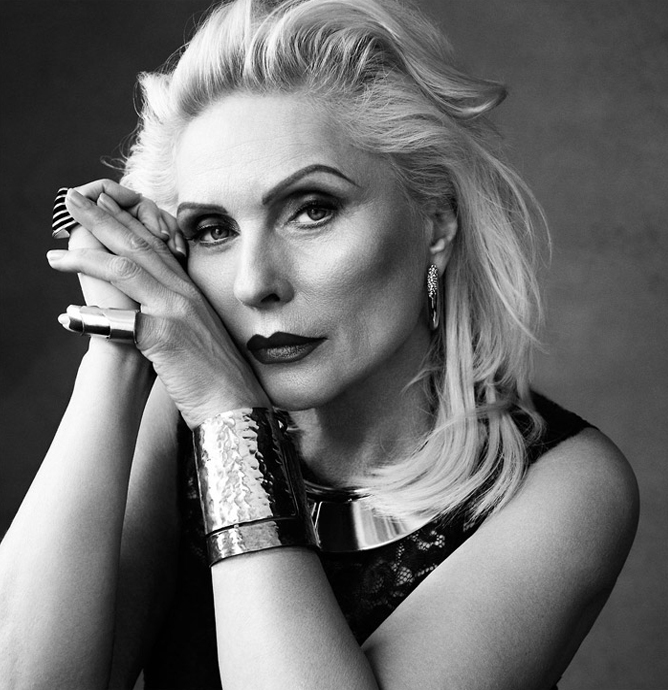 There was a great feature on Debbie Harry (born 1945) in The Telegraph last week (Hip Hip Harry) and I immediately thought she should be this week’s Weekend Woman.

The awesome Ms Harry  must be one of our greatest grown up style icons today, still touring and composing with her band. She played Glastonbury yesterday and if you haven’t heard her Desert Island Discs (where Kirsty admits to having spent a good decade trying to be her), then downloaded it asap, as you are in for a treat.

Older women in rock are having something of a moment, they have an interesting story to tell, having experienced the depths of the misogynist music scene of the 70s. The Culture show on Monday June 30th is Girls Will Be Girls, and looks at how women like Debbie, Viv Albertine and Chrissie Hynde (another of our Weekend Women) survived. Definitely one to watch.

Faffing about on the web trying to find a good image of her I founds these gorgeous ones taken last year by Victor Demarchelier for Spanish Vogue, as seen at Visuelle Magazine. Debbie Harry, definitely not fading away.

At the beginning of this year I made a decision to start selling off my wardrobe on eBay. I had never sold anything before on the site although I’d often bought clothes, but once I figured it out, I was…