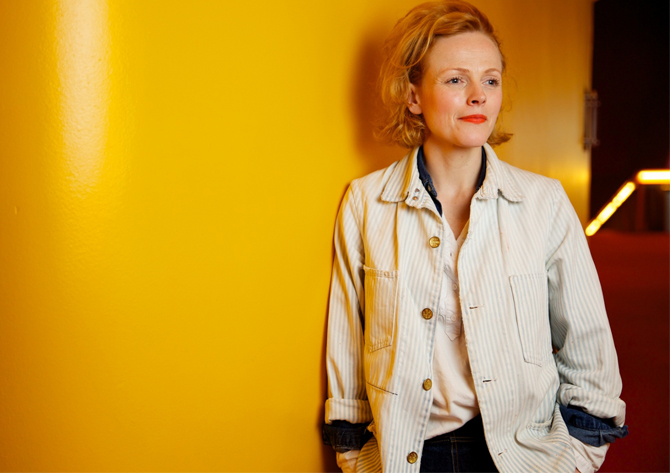 Maxine Peake is the sort of woman I’m very slightly scared of; she looks so intent, so fiercely intelligent and seems so brilliant at what she does I know I’d be terrified of her if I ever got to meet her. She’s a fighter for social justice and fairness and ‘uncompromising’ is the word I think best sums her up. Because of that I find her incredibly inspiring, she makes me want to do better.

She’s stolen the show in nearly everything I’ve ever seen her in (who doesn’t love her as Twinkle in Victoria Wood’s Dinnerladies?) and now she’s rocking the audiences at the Manchester Royal Exchange (directed by another inspiring woman, Sarah Frankcom) in her version of Hamlet. She gets better in everything she does. I missed Beryl, the radio play that she both wrote and took the lead role in about the successful Leeds cyclist Beryl Burton, which, fingers crossed, the BBC will put on again soon. A very worthy Weekend Woman.

My dog has the kind of face that makes people smile. As we wander through the mean streets of Hackney he is met with…