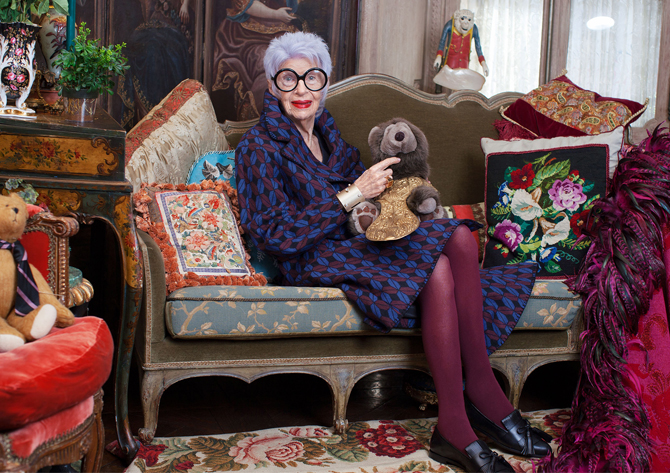 Listen up people, we have a new favourite shop, & Other Stories. I know we’ve written about it before, but recently it’s absolutely nailed it in terms of very wearable clothes for grown ups and we’ve had some interesting feedback from other grown up women about how fab they are finding its AW14 range. I’m saying this with a quiet voice, but I think it’s currently better than COS.

Iris Apfel agrees, since she is the ‘face’ of & Other Stories as it launches in New York – shot by lovely Ari from Advanced Style – and she looks pretty fab in the printed wool coat (£195 above). There’s also a very lovely midi skirt at £79 in this print too, if the coat looks a bit too much for you. And the dress looks a good buy at £145.

This autumn I’ve been in the Oxford Street store far more than I should have been. But it’s hard to walk by as the displays always look very appealing and the clothes are laid out in small room-sized chunks, so as to quietly entice you in rather than terrifying you visually as soon as you walk over the entrance, in the way Topshop or H&M might, for example. Covetable leather bags are placed next to feathered gloves next to gold nail varnish next to a house plant, in a random but appealing trail of lovliness.

We mentioned before that this is like Pinterest merchandising, you discover clothes you never knew you wanted just by following the thread of nice stuff into the centre of the store, a bit like a modern-day Hansel and Gretel but without the wicked witch. The accessories really are the best around at the price, handbags and shoes are VERY hard to resist and it’s the best place for interesting hair clips. 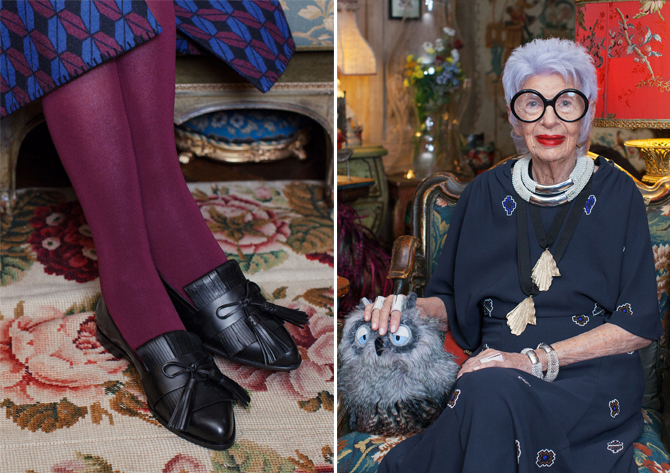 I think it’s the combination of great product -I love the oversized cashmere turtle neck (at £95 below) and wool cardigan at £65- and nice shopping environment that keeps me going back (that said I went today and there was a sale on, boy was it busy). That and the fact that there just aren’t that many stores.

Don’t get me wrong, I’m all for democratic fashion, it’s fabulous that COS is now available in so many towns outside London, but in my fluffy-headed-wanting-to-be-ahead-of-the-curve way, it also means everyone you know is wearing it. And then it’s time to move on. 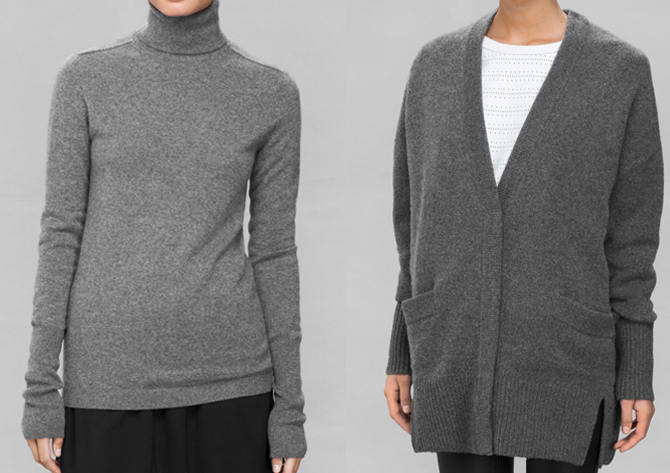 COS is still somewhere I am happy to idle away a few spare moments in (on or offline) but as Jane so astutely mentioned back here, it has gone off the boil in terms of vision. It still has some very nice clothes, I popped in to check last week and found this lovely cardigan dress at £79 (belted, it’s very Barbara, non?) and a fab long length zipped front cardigan at £125 So all is not lost, but we’re not buying quite as much as we used to. 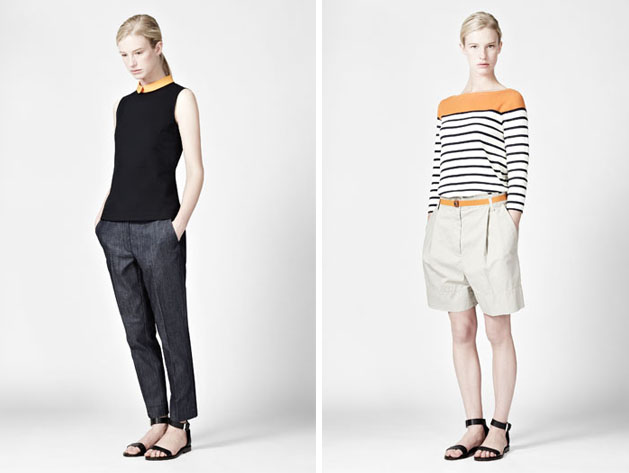 & Other Stories is available on line so you can join in too, where ever you, now you know how good it is, and American readers look out for the US site and New York store, which is officially opening on October 17th. Be ahead of the curve!

Another nice sewing projects book by Cassandra Ellis, with more lovely images to help you indulge your inner-domestic seamstress fantasy. There are over 30…