Coming back from a week away, I’ve just caught up with my blog reading, including the recent This Is 50 post, where photographer Kristin Perers interviewed the eloquent dance critic Judith Mackrell. As well as looking fit and stylish, Judith says some really interesting things about the words we use for being older,

“I don’t know how to describe myself. I resent calling myself old – or rather I resent the dingy connotations we’ve attached to the word – and what is “senior” other than a box you tick on a form? Vintage sounds better – except that I’m not a 1930s frock or a bottle of wine. We need more words to capture what’s genuinely great and interesting about the business of ageing.” (read more here)

As we get towards the end of a year where we’ve made progress in getting older women more visually represented within the fashion and beauty industry -did you all see that Julia Roberts is the new face of Givenchy for SS15- we need to start tackling the next ageist hurdle, words for ‘old’. As Judith points out, we’re still having issues with words. We may have 60 year old Angelica Huston as a style icons for Gap, but we still have a long way to go with how the media and ourselves use words for older. 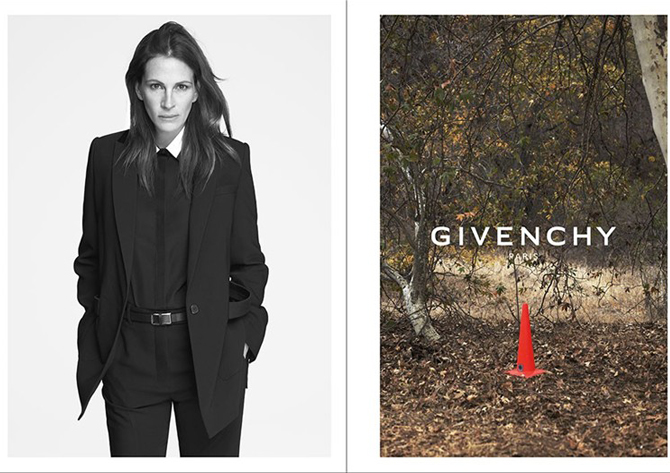 When we first started TWR six years ago, with both Jane and I were in our 40s, one of the BIGGEST issues was how to describe ourselves and other women over 40. We found in our research that women are VERY sensitive to what they are called and “older’ seemed very wrong because we didn’t feel ‘old’. After many attempts to get it right, ‘grown up’ is about the closest we’ve come to something that seems ok, but even that feels a compromise.

Judith’s comments struck me as she is now heading towards her 60s, and Jane and I are now nearing our mid 50s, yet we still don’t feel ‘old’. Yes we ache a bit more and physically things are different, but our heads are the same. Our barrier-breaking, boomer generation will enter its 60s and 70s wanting to redefine these later decades just as we have demanded the redefining of our 40s and 50s. And we need new words to use, or we need to adjust our thinking to the word ‘old’.

The awesome Mary Beard recently issued a call-up cry in The Independent  to reclaim the word ‘old’ with pride, personally i think this will be as likely as getting a 50 year old woman anchoring Radio Four’s The Today programme.

When choosing Julia Roberts for his campaign, Givenchy’s designer Riccardo Tisci said he’s picked Julia because ” I think that she represents such a mature woman.”  So perhaps ‘mature’ might be a cool new reference. Or might ‘mid-lifers’ be more hopeful, now our children are going to live until they’re 100? Experienced? Properly Grown-up? Whatever, we need words that celebrate rather than derogate age.

I read some research recently which stated that the older we get, the more diverse we become, so each decade is going to get even more interesting and companies which put ’55 or over’ as the last tick box on their ask-your-age forms are going to be in real trouble. Lumping 55 year olds with future 60, 70 80 year olds will be commercial suicide.

Perhaps we can we just stop thinking in terms of years altogether, something we would love to do, although it is helpful to have guidelines. here’s Judith again…

“When Kristin asked me to think about turning sixty it made me realize that the older I get the less conscious I become of my actual years. Most of the time now I don’t feel fifty or sixty. I don’t feel any specific age at all.”

How about you? What words are you using to describe yourself? Is it important?

Just what is it about cars that divides the sexes? Is it just me or does the very thought of buying a new car…