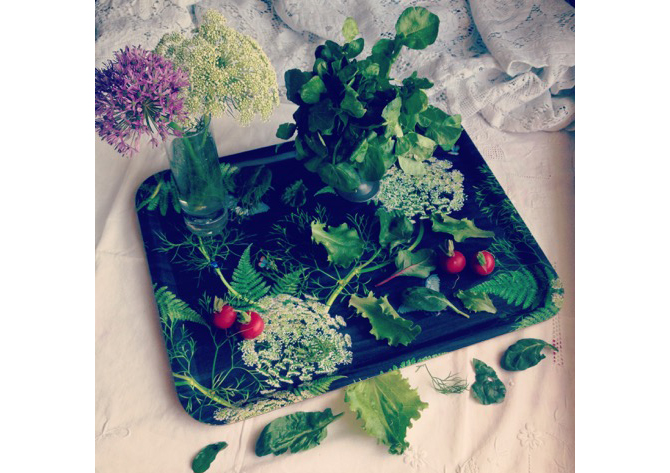 We’re excited to introduce our guest cookery blogger on TWR today, Jo Orr, who will be blogging on the Friday slot for a while, tempting us with her signature seasonal recipes. Over to you Jo…

My name is Jo Clare Orr and I am going to be guest-posting here every week on all things foodie, seasonal and downright delicious. Hopefully either the recipes or the photos will grab you by your taste buds and inspire you to get your bahookie* into the kitchen.

So, who is your guide on this seasonal venture? Well, I was reared in Scotland, educated in Oxford, set up and managed a chocolaterie in Islington, had babies in Stoke Newington, and have now found my resting place south of the river where my obsession with food, writing, photography, oh and illustration (but that’s another story!), are keeping me busy.

The arrival of spring has been like a will-o’-the-wisp, appearing suddenly out of the cold dark of winter, luring us on with her promise of light and warmth, only to disappear in a flash leaving us right back in the dank gloom. It still feels pretty chilly but the fat, fuzzy buds of the magnolia are starting to open, revealing their gorgeous candy-floss pink and white petals. Once the magnolia is in its way I know that Spring cannot be far behind!

For this Spring Lunch I thought I’d celebrate ingredients that reflect our current liminal position, right on the hinge between winter and spring. The salad is packed with vibrant spring highlights: baby spinach leaves, crunchy radishes, young lettuces, their leaves just unfurling, baby chard and lots of fresh herbs served with a bright lemony dressing that should enliven the palate after all that stodgy winter fare and finally some chunks of Monte Enebro goat’s cheese.

If you’re a fan of goat’s cheese you might like to try Monte Enebro. It’s produced in Avila, Spain by the legendary cheesemaker Rafael Baez and his daughter Paloma. They injected the rind with the same mould used to create Roquefort, which gives this cheese its distinctive appearance: a black and silvery-blue mottled rind encasing a pure white interior. I’m sure it adds to its bright and tangy flavour too. To the salad I also added a few China Rose sprouts which I’d not tasted before- they have a pungent radish flavour which really wakes up any sluggish taste buds.

The main course focuses on that tried and tested pairing of rich oily mackerel, pan-fried so its silvery-black skins turns crisp and golden, and beetroot. Here, I’ve baked the beetroot with lemongrass and a good amount of white wine vinegar to give it a fresh zing. I finished the dish with some toasted quinoa which is nutty and crunchy enough to convince my two young children that quinoa is not actually the Devil’s food.

Because quinoa is such a protein powerhouse I’m always trying to sneak it into the kids’ supper under the guise of various sauces, but this has to be the winner so far. Theo (the younger of the 2) even went so far as to say “It’s a half thumbs up”, which for Theo says a helluva lot.

I also wanted to sneak in the last of the blood oranges before the season is well and truly over. I adore these ruby-coloured fruits, partly for their intense citrus tang but mostly for the fact that before opening them you have no idea whether they’ll be merely flecked with red or be actually blood-soaked inside. You can guess which ones my son loves! I wanted to serve these really simply, just in a light sugar syrup, but if you wish to be a little more adventurous try adding a rosemary sprig to the syrup- it adds a really different note. Be warned, most children will not approve of the rosemary…. Chop the radishes in half after giving them a good scrub, arrange your salad leaves on a large platter or bowl. Top with the chunks of goat’s cheese and the dressing. 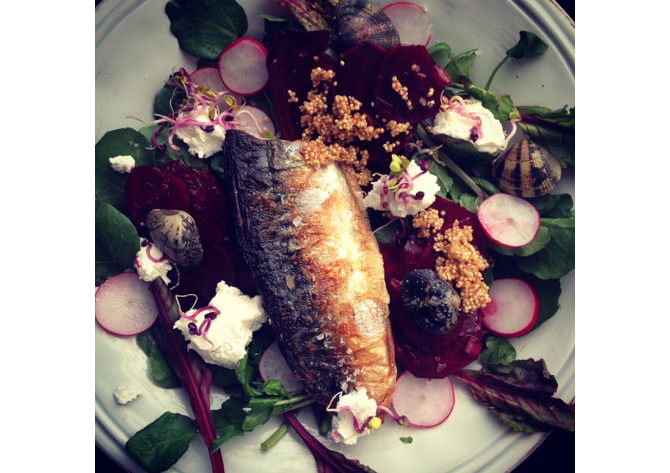 Method:
Start by making the toasted quinoa: Soak the quinoa in a bowl of cold water for an hour, drain in a sieve for 10 mins. Heat a 1cm layer of oil in a small frying pan over a medium heat – fry the quinoa for about 5-8 mins til it’s turned nutty brown in colour and crisp. Season with a little salt. Leave to cool on a baking tray covered with greaseproof paper.

Meanwhile get the beetroot in the oven: preheat the oven to 180C while you slice the beetroot finely (with a mandoline if you have one) into a baking dish along with the oil, vinegar, pomegranate molasses, lemongrass and a good grinding of salt and pepper. Cover the dish with foil and bake for 30 mins- this leaves the beets a bit crunchy so leave them in the oven for another 10mins if you like them softer.

Towards the end of the beetroot cooking, place a little oil in a frying pan and once it’s hot add the fillets skin down- hold them down for the first 30 seconds with a spatula to stop them curling and cooking unevenly. Cook for 3-4 mins each side.

Serve on top of the watercress and beetroot leaves, and a few chunks of curd and the toasted quinoa. Season. Slice the top and bottom off the oranges then carefully take off the rest of the skin following the curve of the orange. Slice into pinwheels.

To make the syrup, pop the sugar and water into a pan and bring to the boil, then simmer to reduce and thicken it for about 5-8 mins (you can add the rosemary sprig at this point if you’re a rosemary fan- remove it before adding the oranges) then slide in the orange slices and simmer for a further 5 til softened.

Serve the orange slices in a little pool of  the syrup. 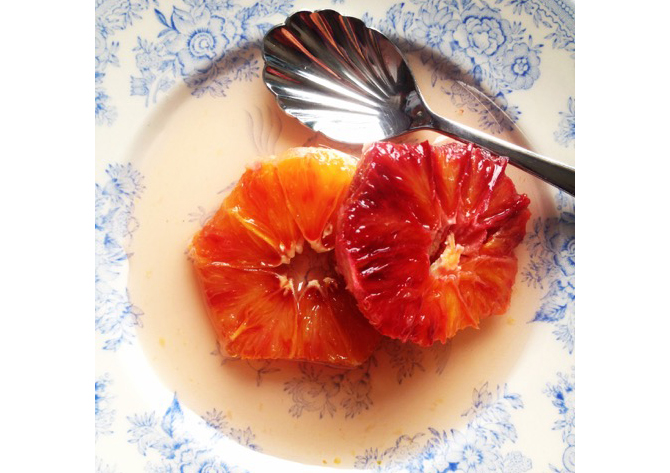 We’ve found some rather fabulous notebooks by Magma which  stationery fans might like to know about. The plain pages are a good quality, and at…