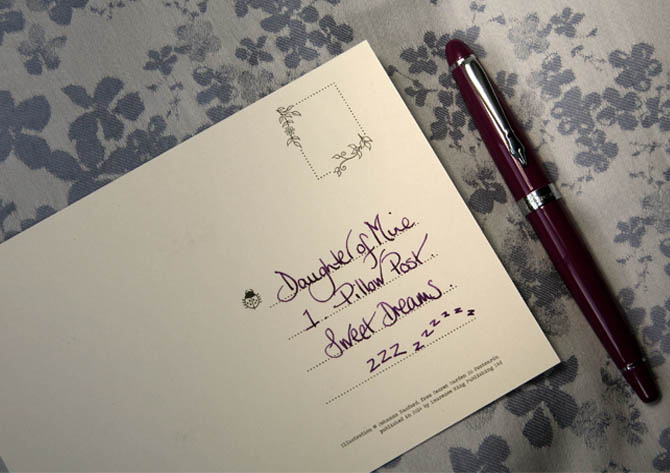 This is a lovely thing from one of our favourite bedlinen companies, The Secret Linen Store, and Plooms, a fountain pen company started by Sally Page. It has made me wish my children were young again…

Harriet and Molly of TSLS met Sally when they were all nominated for the Business Is Great’s campaign by Julie Deane of the Cambridge Satchel Company, as ‘female entrepreneurs to watch’ in 2015. They all have families and got talking about the the stresses of being entrepreneurial and keeping as hands on with their kids as possible.

Sally mentioned that she used something she called ‘Pillow Post’ with her daughters, leaving notes (hand written with a nice pen, obvs…) on her pillow to find when they went to bed. Her daughters would also write her back and leave notes on Sally’s pillow.

As well as the ‘proud of you’ and ‘love you’ notes, Sally said there were occasions when both she and her daughters found it hard to say things and writing it down became an easier way to start a discussion. Everything in the Pillow Post was kept secret between themselves too, so they didn’t have to talk about it unless someone wanted too.

Interestingly, since their conversation the three women have commissioned a survey of teenage girls aged between 13-19 years old, and found that 80% of the girls say that they find it difficult to say certain things face to face to their mums and 62% say they would find it easier to write it in a letter. I think boys are the same. Teenagers often find it hard to talk about stuff face to face, writing it down may well help. Of course you could do pillow texts, but I don’t think it sounds as intimate as finding a note on your pillow.

I think this is a lovely (non digital!) idea, I wish I’d done it with my boys when they were small. Of course you support your kids by talking constantly with them when they are young, but sometimes, if you’re busy and feel you’ve skimped on support, or you’re out on a school night (or two) or not around to read a bedtime story, a wee note on the pillow sounds a really sweet idea. And of course it’s a way of saying sorry too.

I am in big trouble with eldestson for calling him a hipster (see Friday’s post), he’s hardly speaking to me. If he still lived at home I could l start talking to him again through Pillow Post.

The nice womenfolk at The Secret Linen Store are offering a Mother’s Day treat for all our readers, by allowing 10% off their gorgeous bedlinen by using this code, WOMENSROOM. The offer is NOT available on clearance lines and ends 22.03/2015. read more about Plooms here 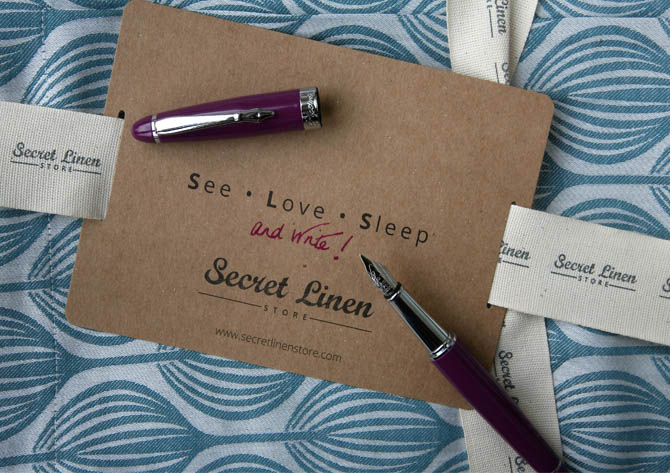 Today’s guest blogger is reader Elena Bowes, a London based American cultural writer who finds herself in New York a lot. She has volunteered…