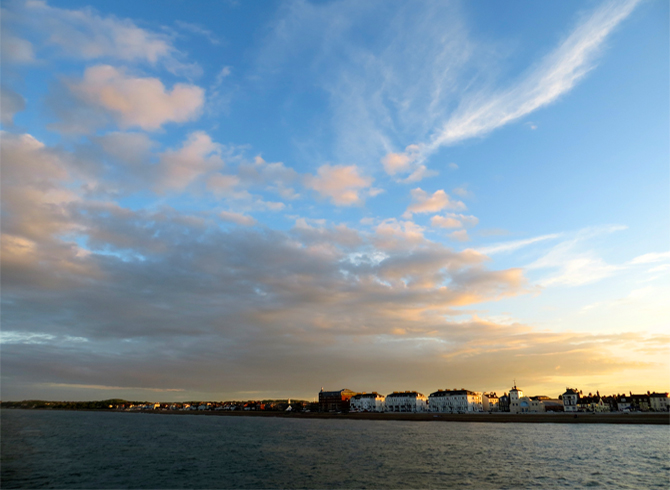 Today we have a guest post, from TWR reader Kathryn, who wanted to tell us about how she moved -mid life- to live by the sea. A word of warning, you may well want to put your own urban house on the market and head to the coast after reading this and seeing Kathryn’s lovely images….I did. Over to you Kathryn.

We were stuck. And fed up. Having lived on the outskirts of ‘commuter nirvana’, Berkhamsted, for seven years we discovered that the local council were to build 900 house in the Green Belt fields around our hamlet home, which of course meant an end to the relative tranquility we’d found just 35 minutes from Euston and a substantial drop in the value of our home. We searched high and low in the local area, spreading the search further and further out, but couldn’t find anything vaguely affordable. We were convinced we wanted something rural, something within 40 minutes commute of the big smoke and – most of all – somewhere really private, with no neighbours.

So how exactly did we end up living on the south coast (1 hour 20 minutes from town) in the middle of a town? 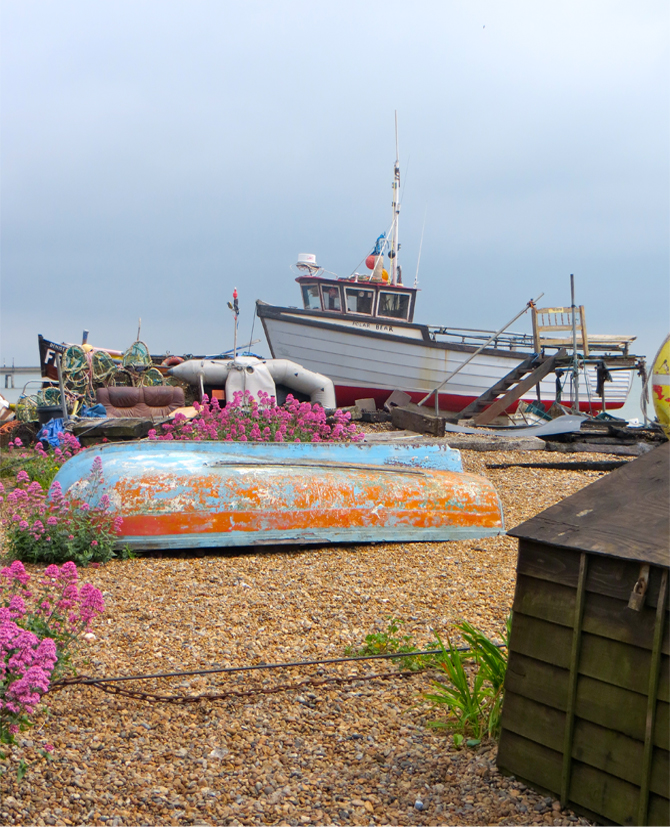 A series of coincidences, a good deal of luck and the blinding realisation that what we thought we wanted was actually influenced by past behaviours and – rather radically – flawed beliefs about our personalities (turns out we’re not really recluses after all). Sounds a bit deep, right? And, bearing in mind our age, whiffs pungently of the mid-life crisis. Whatever the reason, we’d like to thank Dacorum Borough Council, the ridiculous escalation of house prices in the commuter belt, and the incredible friendliness of our adopted home, Deal in Kent, for our new and improved life.

Deal is riddled with history yet still surprisingly undiscovered. The name gives nothing away and, as it’s on the way to nowhere, you really need to make an effort to come here. The first time I visited – a grey day in February, 2013 – it was to work with an old colleague on his new website. Thankfully, he gave me a quick tour through the fascinating Georgian conservation area (passing by the blue plaque to Charles Hawtrey) to the huge Aldeburgh-like beach before we tucked into some fine fare by a roaring fire in the much-loved Black Douglas coffee house (itself a good indicator of the bohemian and off-beat feel of the town). Needing to move house as we did, I asked him what some of the lovely Georgian townhouses up for sale might be worth. After my post-shock resuscitation, he also mentioned the high-speed train connection. A lengthy journey in to town, for sure, but with property prices a least a third lower than in Hertfordshire, it seemed worth the gamble. 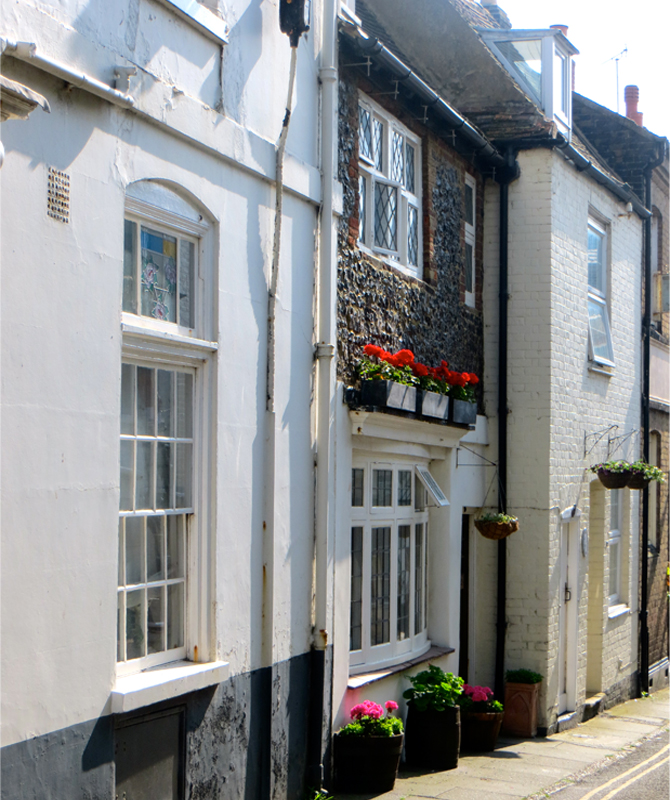 It’s not for everyone. And its detractors span the centuries: ‘a very pitiful town Deal is’ (Pepys, 1660); ‘the barbarous hated name of Deal shou’d die, Or be a term of infamy’ (Defoe, 1704); ‘depressing narrow street[s] that would remain shadowed and cold even during a heatwave’ (Morrissey, 2013). It’s provincial, miles from anywhere and a bit mad. The shops shut promptly at five and rarely open on Wednesdays and Sundays. There’s no cinema, the seagulls are loud, and we’ve yet to find a decent Chinese take-away.

On the other hand, it’s fabulously friendly, oozes quirky charm and has given us the undreamed of chance to live in a Grade II listed house just paces from the sea. Which you can actually swim in for at least a few months of the year (and really must do on Boxing Day, in fancy dress, if you want to hold your head up in this town). There are two and a half castles on the length of the gobsmacking stony beach. A beach that is never busy, even on bank holidays. There’s a pier. And invigorating sea air that lifts the spirits even on a winter’s day. Thank goodness for that midlife crisis and the unaffordability of the Home Counties. Read more of Kathryn’s musings on her blog The Daft Apeth.

Do you have a mid life moving story you want to share? Do email on [email protected], now excuse me, I need to phone the estate agents….. Over the last couple of years, a number of new words have entered my vocabulary. Descriptions such as flawless complexion, oily T zone, even…