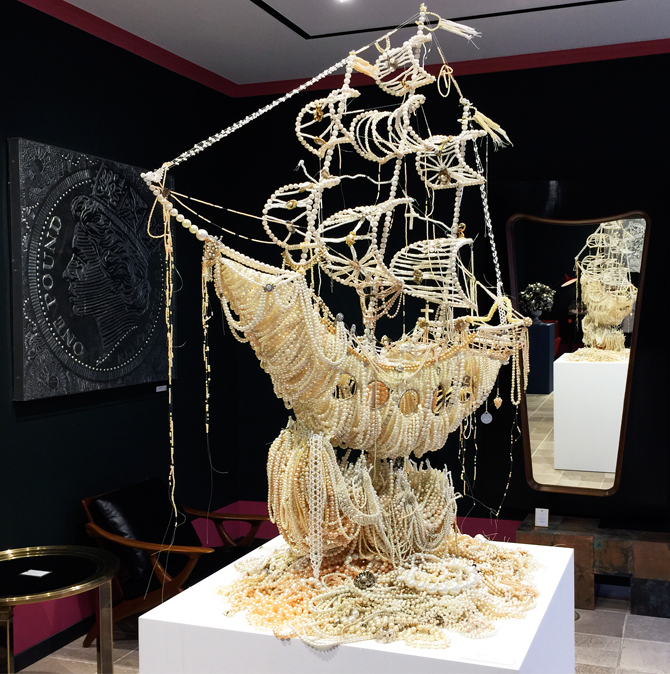 Ann Carrington is one of my favourite ‘recent finds’ in the art world, although I found her via the Paul Smith shop in Albemarle Street rather than a gallery. Mr Smith is a fan too and has just given over the whole of his basement floor in the Mayfair store to Ann’s work in an exhibition, Pom Pom Pompadour, that is on until 8th April.

Ann makes her art from recycled material, such as old cutlery -her husband apparently runs a stall on Portobello Market and helps her source stuff – barbed wire and discarded lead piping. My favourite piece is called Wing Wo Wave, a Chinese sailing junk made from pearls made in Wing Wo Wave city in Zhuijand Province of China, which produces the bulk of the world’s pearl beads and adornments. It’s about the discrepancy between the perceived glamour and status of pearls and the unromantic reality of the commerce of bulk production. it’s pretty magnificent. 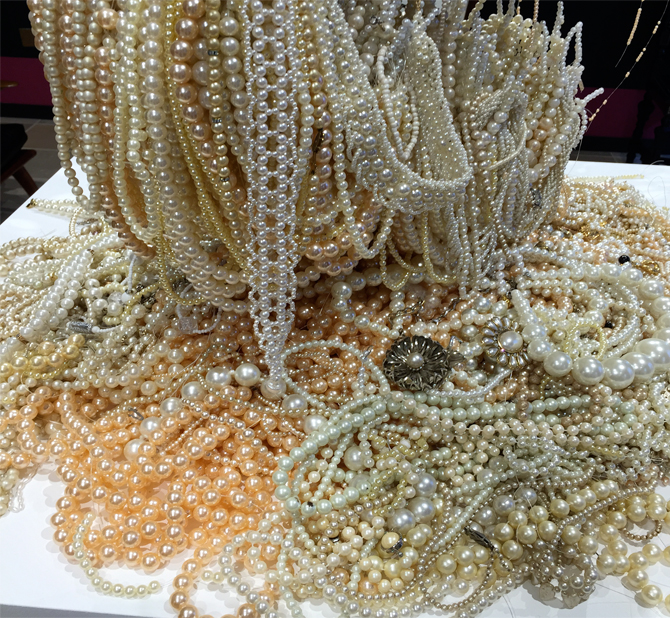 Pom Pom Pompadour 11, below, is made from iron nails and lead drainage pipes and is inspired by native Indian head dresses and the court of Louis XV. 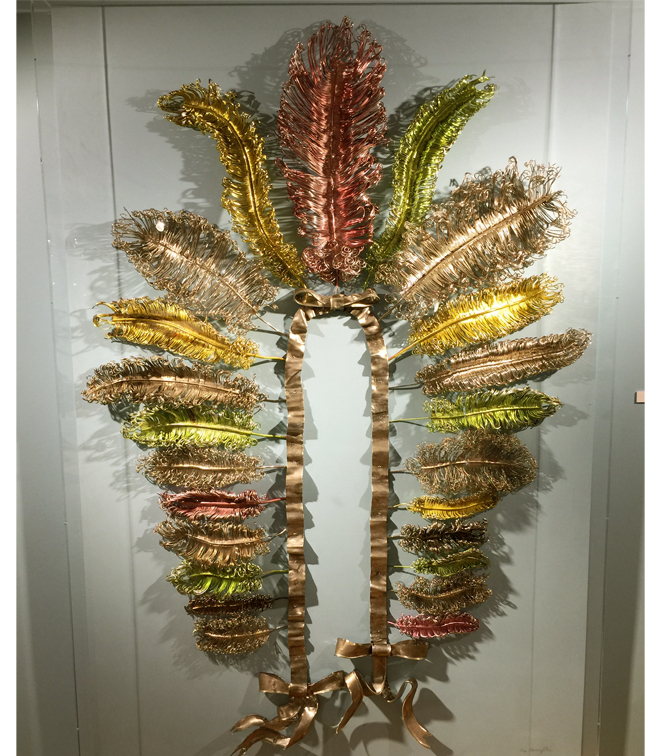 The colours and curly details on the feathers are deliciously tempting, you just want to stroke them or pop the head dress on your head…. Muntjac is the name given to the antler sculptures of knives and forks, which are large and fearsome, until you realise they are made from cutlery, which makes for an odd juxtaposition between domesticity and nature. 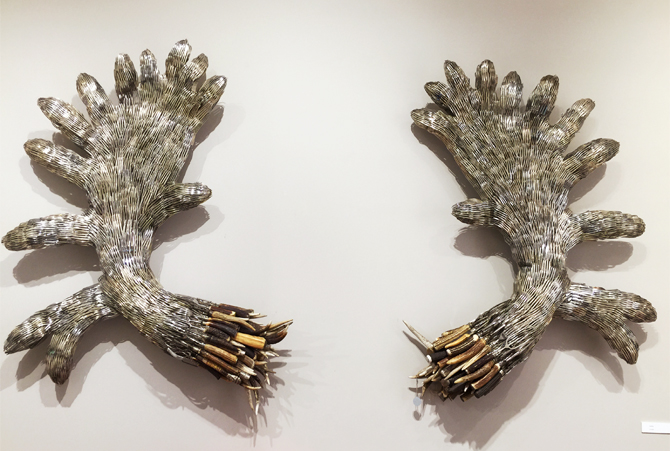 I’d certainly have one of the flower balls, below, or swagged floral wall hangings, which had almost all sold according to the gallery staff. I love the way Ann creates the impression of gentle blooms from solid steel spoons. The exhibition is only on for another week or so and I urge you to divert and visit if you are in the Bond Street area any time soon. If you can’t go, check out Ann’s work on her website here, including the beautiful banner she embroidered for the back of the Jubilee Barge. Indigo fans might like this too. Before we leave the subject of service (see yesterday’s post), it’s worth mentioning the rather charming story of Johnny the Bagger. As part of the day job we keep a keen eye on which retailers are doing clever things with…