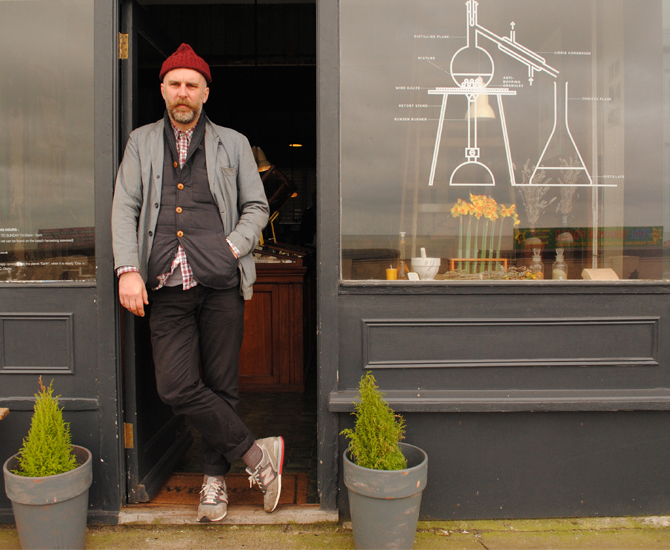 Easter is coming up, and if you have no plans and fancy a trip, can I suggest you think about Margate? I appreciate it’s got tough competition from our tempting guest post about Deal (and it is south, obvs) but it really makes for a terrific visit. You’ll all know about the Turner Contemporary, the Powell Cotton Museum and the fabulous vintage stores, but now there’s a beautiful and very contemporary perfume store to tempt you too.

Haeckels is the brain child of Margate resident Dom Bridges, a well travelled (he’s lived in Brooklyn and California, among other places) ex graphic designer/ film maker who has created a perfume, home fragrance and skincare range actually made from a bit of Margate. He wanted to do something properly grounded in his surroundings and started by making soap from seaweed he harvested from the beach. It was popular with friends, so he applied for a harvesting licence and extended the brand to include a range of gloriously original perfumes made from distilling the seaweed with other mineral, floral and herby ingredients he found on the beach and its surrounds.

Perhaps the neatest idea (among many neat ideas) is the Chalk Room Dispenser, a slab of chalk, laser cut with teeny tiny graffiti observed on the chalk cliffs, onto which you drop home fragrance oils to scent your home. Just a few drops scent the room and the fragrance lasts for ages. Every perfume also comes with it’s own mini chalk slab, beautifully presented in a wooden box, which you spray and pop in your sock or jumper drawer. As Dom said, it’s a bit more interesting than those reed diffusers everyone else uses. 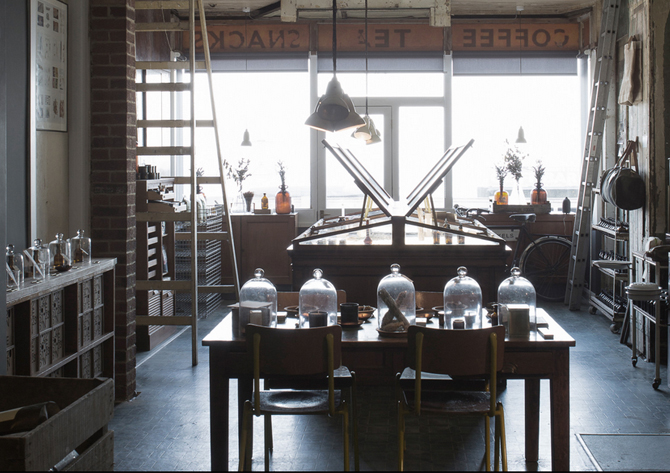 The little shop, perched right above the Margate beachfront, made my heart sing, as it is unlike any perfume shop I’ve ever been in. The perfume distilling goes on mostly at the back of the store, so you’re hit by a beautiful fug of fragrance as you enter, which is a mash up of whatever’s been brewing that day.

Then you wonder if you are in a museum, what with the huge centre-stage display cabinets that wouldn’t look out of place in the Natural History Museum, holding artfully placed, Margate harvested herbs and other lovely things, including my favourite, a secret-scent-holding notebook (the scent sample is tucked into a cut out space within the notebook, stationery scent heaven!). 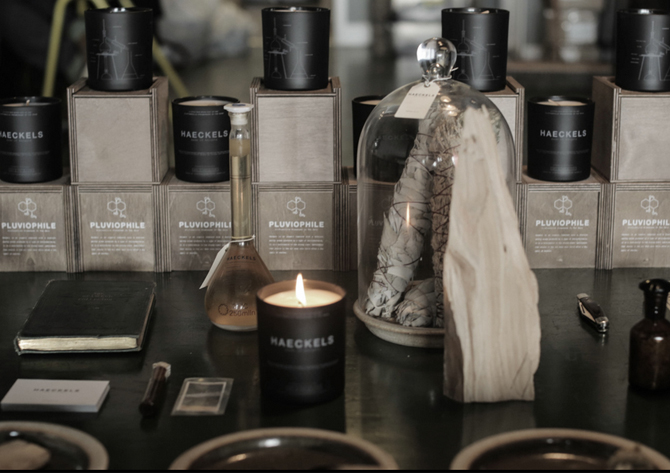 I don’t want to go all gender-focussed (although it is a trend) but Dom’s shop has a pleasantly masculine appeal, it’s a fragrance store men would be very comfortable browsing, which you can’t say about many perfume departments. The distressed industrial feel to the design, the slightly science-y displays, the leather armchairs at the back of the store and the fact that Dom’s origins in design shine through in the gorgeous packaging, graphics and imagery, all make for a refreshingly inspiring fragrance experience. 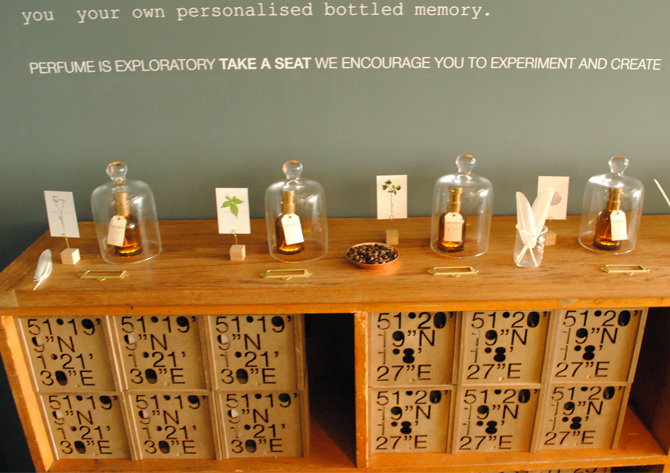 The perfumes are labelled up with the exact geo-location details of where the ingredients were picked along the Margate coastline, to build each fragrance into what Dom describes an ‘aromatic snap shot’ of each place. I bought Seaweed, Dom’s first scent, which is like a blast of herby, salty sea air on a hot summer’s day, it’s gorgeous. I also bought the Pluviophile candle that smells EXACTLY like that moment when rain hits hot dry ground. And I should have bought the incense cones, sold in delightful tins, but I’d overspent by the time I discovered them. There’s more on the website here. 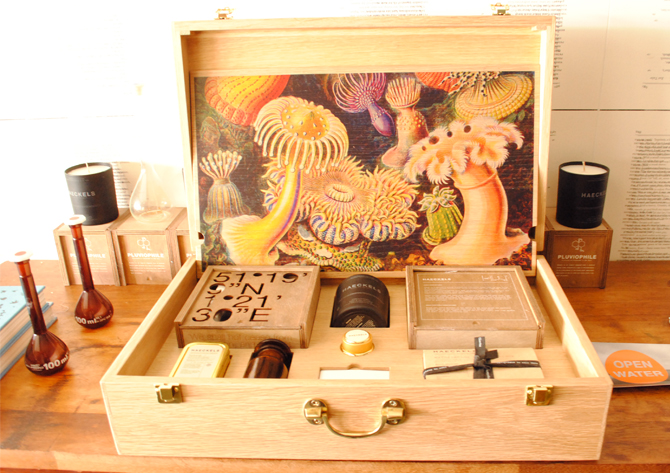 Dom and his assistant Al are also excellent hosts in the store, I caught them early on Saturday after they’d spent the previous evening celebrating returning home after a very successful collaboration with Ally Capellino and Dodds London Gin. Dom really didn’t need an enthusiastic roving reporter pestering the heck out of him, but he was charming, informed and thoughtful about all things fragrance, Margate and life generally.

I’m not the only person to fall for the charms of Haeckels, our friends over at The Ace Hotel in Shoreditch are equally enamoured and have booked a pop up Haeckels Pop up store to run for around five-six months from April 17. So if you can’t make Margate, try and catch them there.

We are big fans of period dramas and think there really is nothing better than the combination of drama, romance and beautiful period costumes. Jane Campions new film Bright Star, opens this weekend, stars Abbie Cornish and Ben Wishaw and…