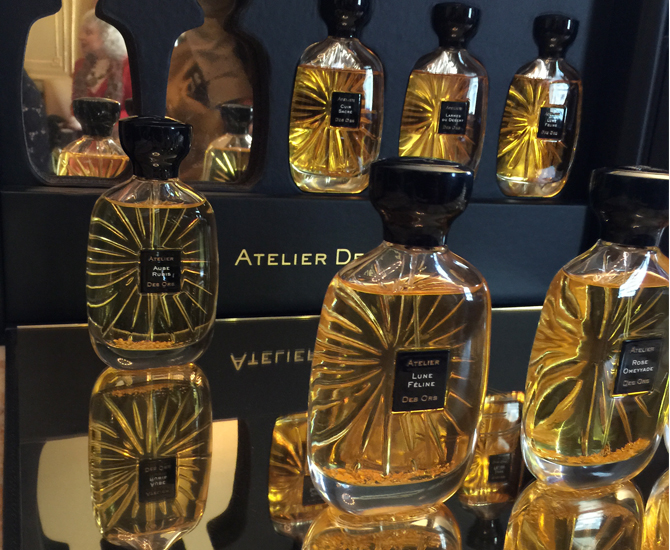 Now, I’m not suggesting for one minute that this new gold-infused perfume from new perfume house Atelier Des Ors is something you’ll all want to go out and buy, it’s prohibitively expensive for a start -£225 for 100mls of eau de parfum, but should you be anywhere near Harrods fragrance hall, do go in and get yourself a wee spray because these are beautiful smells.

The new house has launched with five smells, of which my favourite is Rose Omeyyade, a rosy, raspberry blast of velvety loveliness, which settles down into a warm wrap of patchouli and amber. I was also taken with the cinnamon- vanilla fug of the Lune Feline -which was inspired by the moon, so maybe one for our lunar-calendar watchers? 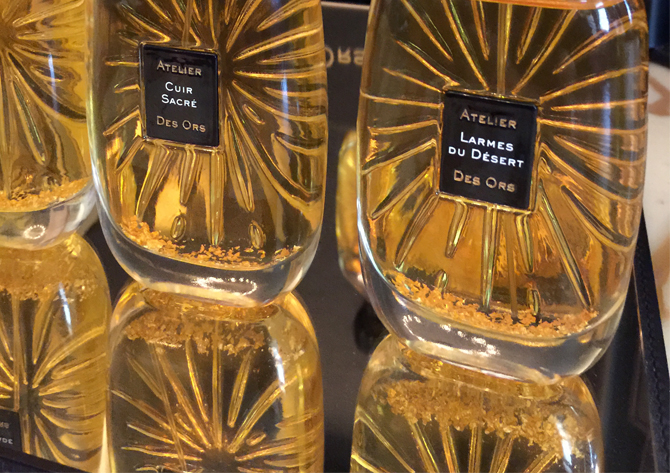 Considerable thought as gone into the simply gorgeous bottle, which is heavy, engraved with sunburst rays and sits beautifully in the hand, like it’s an old friend. Add to this the speckles of real gold leaf floating about in the perfume jus (a VERY tricky thing to have accomplished, according to house-founder Jean-Philippe Clermont) which ends up as a gentle gold twinkle on your skin, the whole thing is pretty intoxicating. It’s a special purchase, obvs, but rather a wonderful one.

Patternity is a inspiring blog founded by Anna Murray and Grace Winteringham, dedicated to the exploration and application of pattern and cited by The Telegraph…